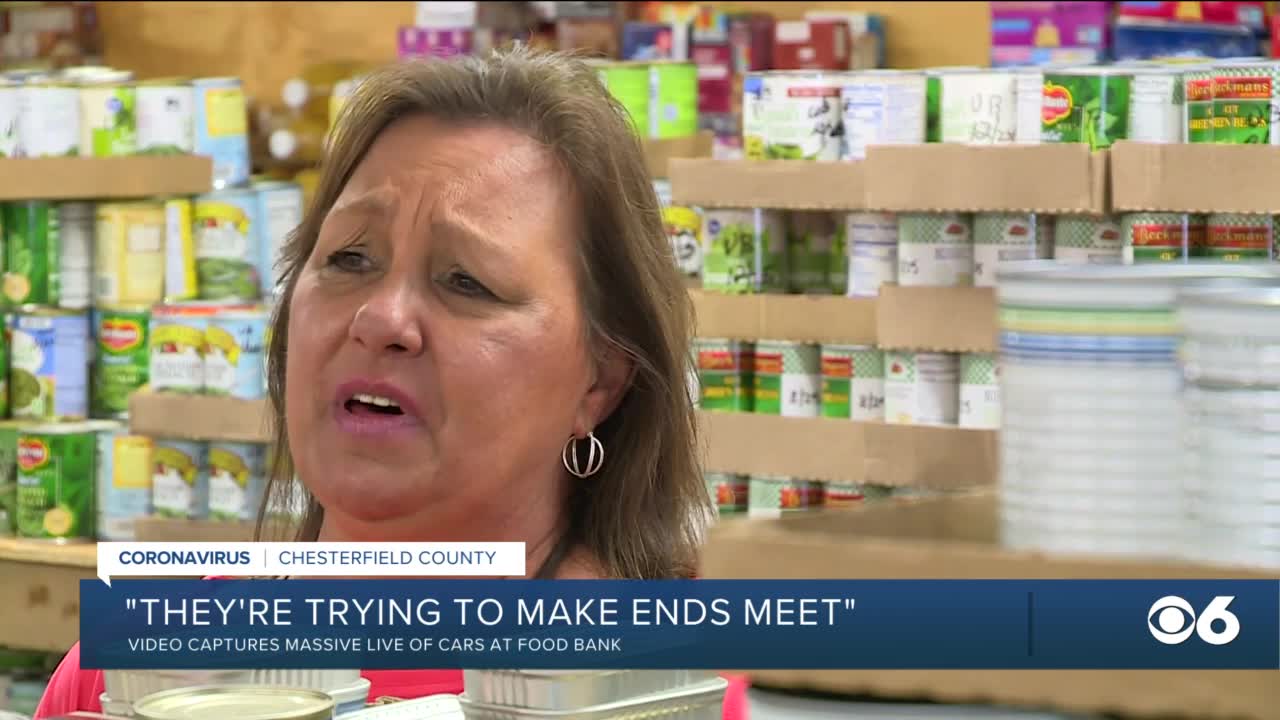 The Chesterfield Food Bank has requested more volunteers and resources as the need during the pandemic persists into the Fall. 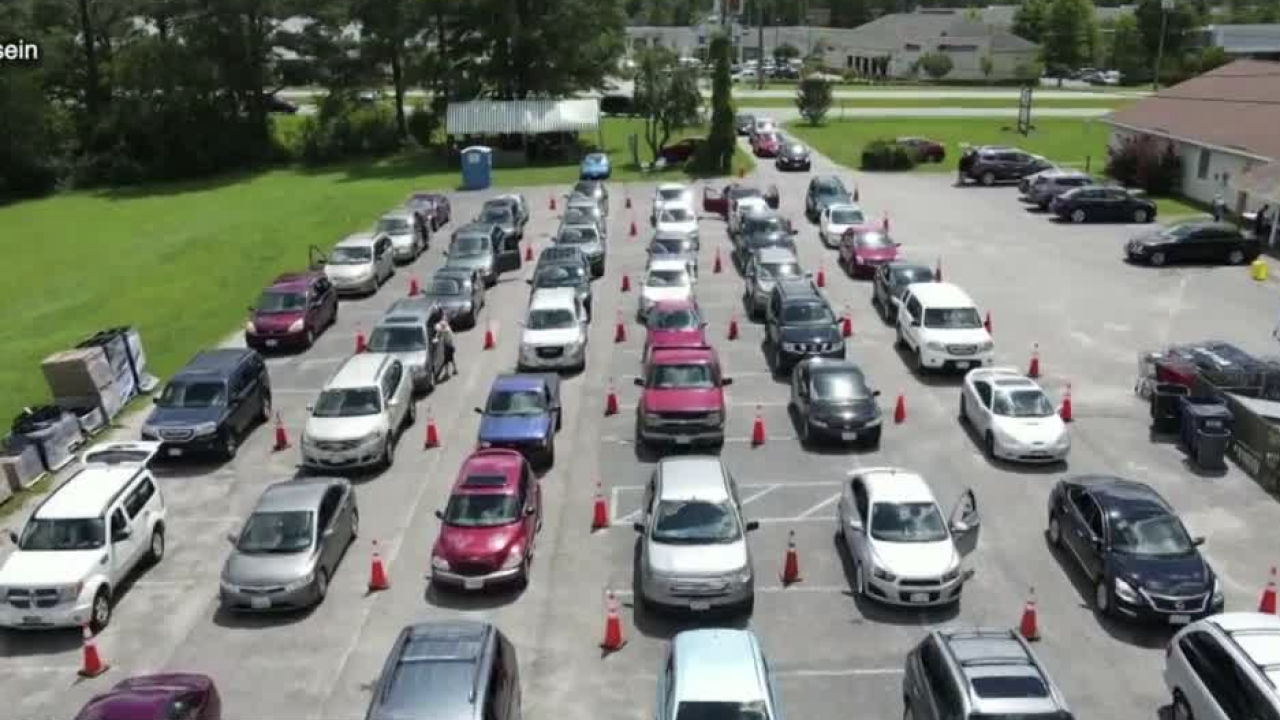 CHESTERFIELD COUNTY, Va., — The Chesterfield Food Bank has requested more volunteers and resources as the need during the pandemic persists into the Fall.

Kim Hill, the food bank’s CEO and Executive Director, told CBS 6 that they served roughly 10,000 families per month before the pandemic hit in March. Six months later, they’re serving nearly 30,000 people each month who seek out a helping hand.

“People are still not going back to work,” Hill explained. “They’re trying to make ends meet and we want to be the hand up to get over this hump until life straightens up a little bit.”

On Friday, a tweet shared thousands of times showed a line of cars parked on Route 10 in Chesterfield at a distribution site.

Drone footage provided by Brent Hosein revealed more than a hundred cars snaking their way to the front of the line.

“Every single week, at every distribution, it reminds us how important our mission is in our community and make sure people are fed,” Hill explained.

She estimated they serve more than one million meals each month through the food bank and their distribution partners. They work closely with churches, non-profits, Feedmore Food Bank, as well as the Mt. Gilead organic garden.

“We are honestly giving out that care and hope that we wish someone would do for us if we were in the same boat,” Hill stated.

However, Hill warned against some commenters on social media that have criticized the newer vehicles that appear in the distribution lines.

“If something would to happen to our job or our household we would be in the same boat,” she explained. “You let enough time go by where there’s no money coming into the house and all of us could be in that boat.”

On Monday afternoon, CBS 6 caught up with three volunteers who were bagging frozen meat for the families.

Janice Rice has volunteered at the Chesterfield Food Bank and led a team that ensures emergency bags are packed and food is put on trucks on time.

“We are just grateful to have the opportunity,” Rice said. “Our time, our energy, our love, our hearts go to people who are going through desperate times right now.”

Freedom Crew requested assistance from a food bank several years ago and now gives back her time.

“I understand the reason why people go to food bank,” she said. “Everybody don’t have enough food to eat. I feel so sorry for the kids, but God put me here for a reason,”

If you can donate food, money or volunteer you’re asked to go to ChesterfieldFoodBank.org to sign up.