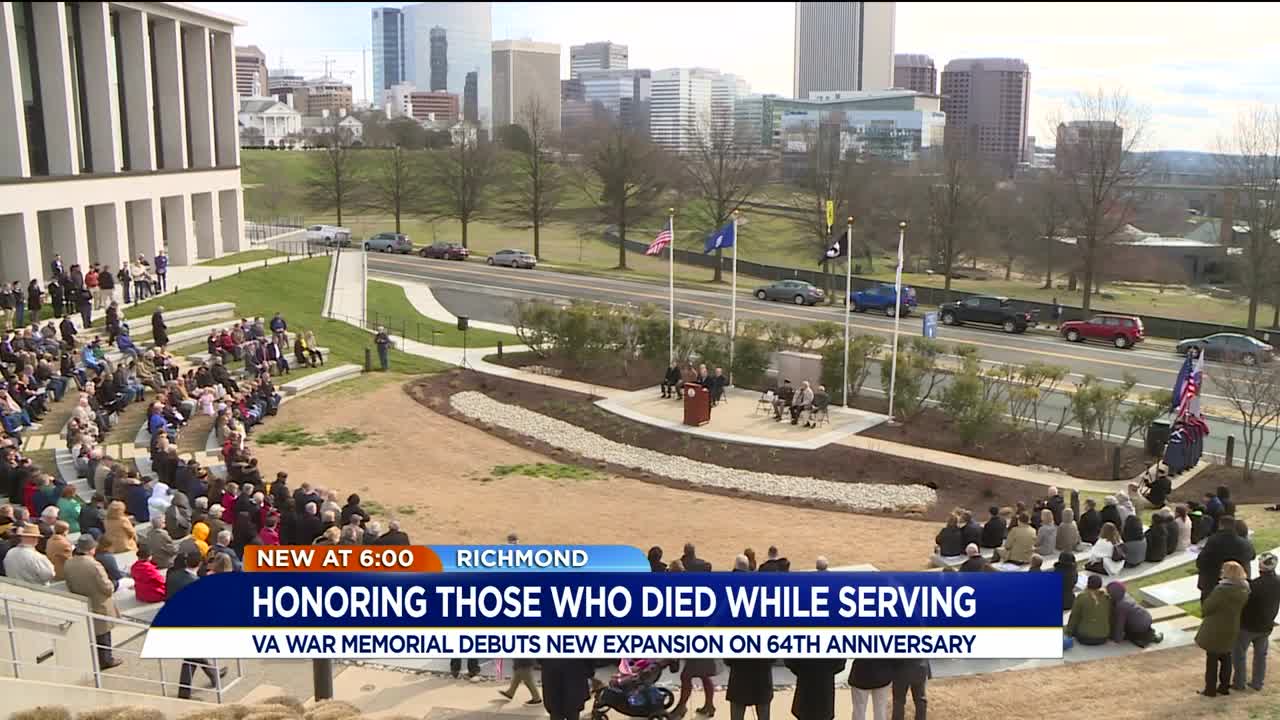 The Virginia War Memorial, which opened in 1955, held a ceremony Saturday that capped off a nearly two-and-a-half-year expansion project. 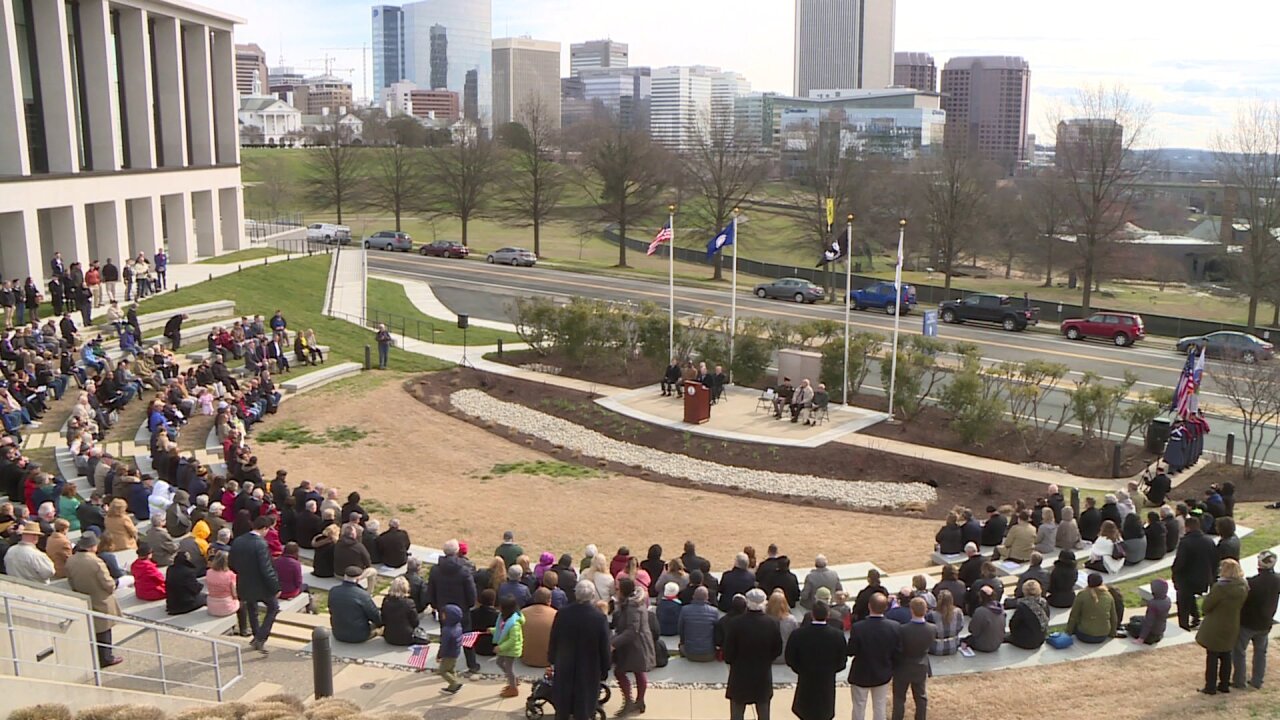 A dedication marked the expanded Shrine of Memory - Global War on Terrorism and Beyond, which honors the 175 Virginians killed in the War on Terror.

"It's often said that you die two deaths,” veteran John Hekman explained. “One death is when you die, and the second is when your name is said for the last time. And what we want to make sure happens is the names inscribed here will not ever, ever be said again to our children or grandchildren."

The event also featured the grand opening for the C. Kenneth Wright Pavilion, which was another part of the expansion. It houses an exhibit and lecture spaces, a learning center, the Medal of Honor Gallery and Veterans Art Gallery.

The event also commemorated 64 years since the memorial opened on Feb. 29, 1956.