Police: 'The person’s race or ethnicity could not be determined' 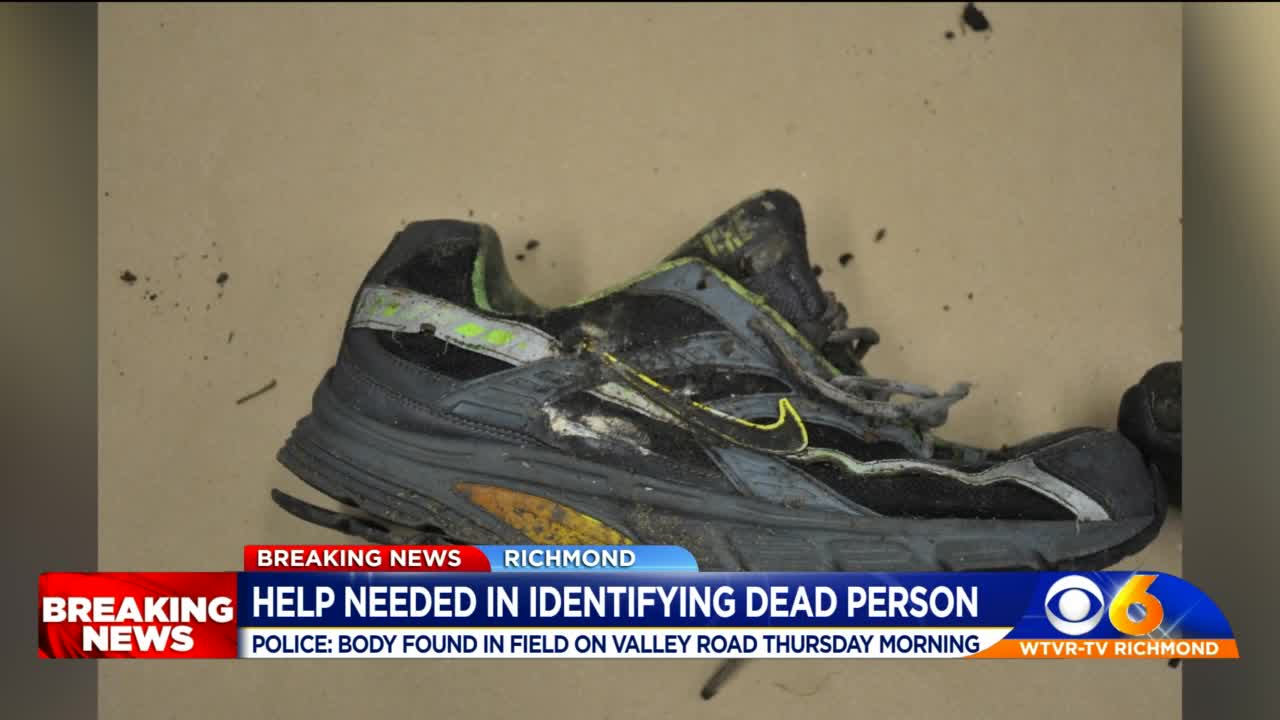 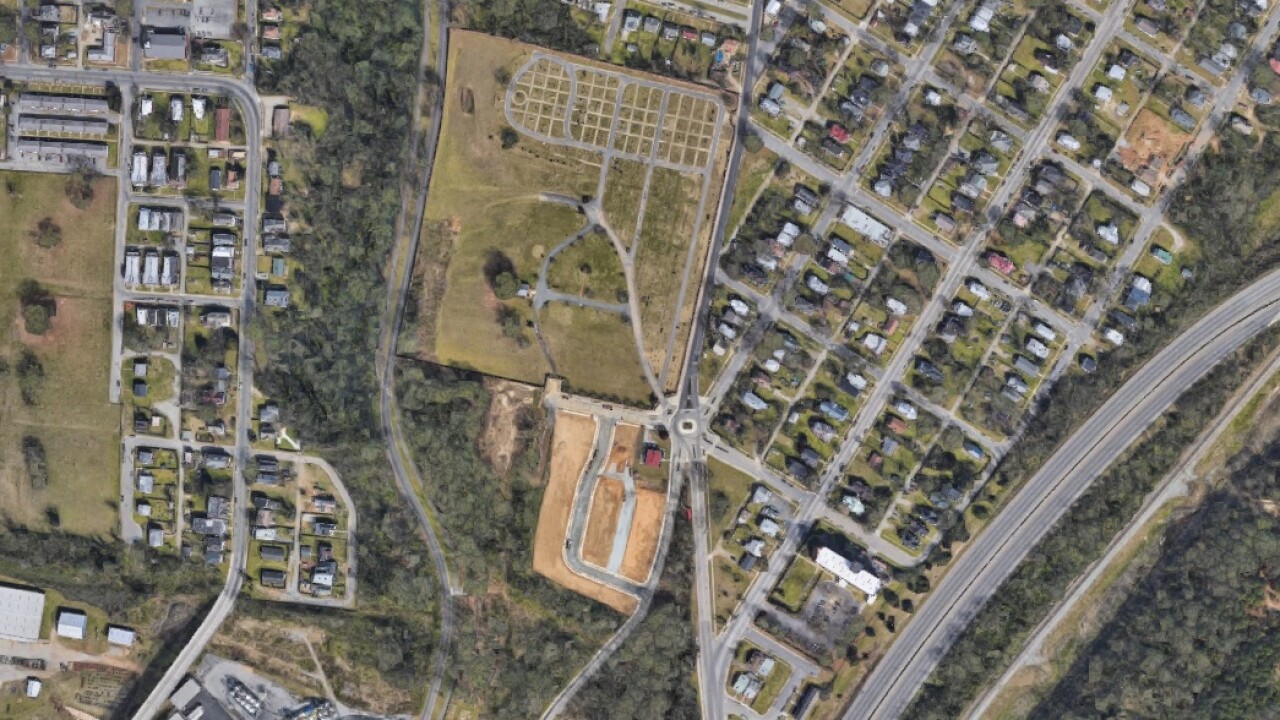 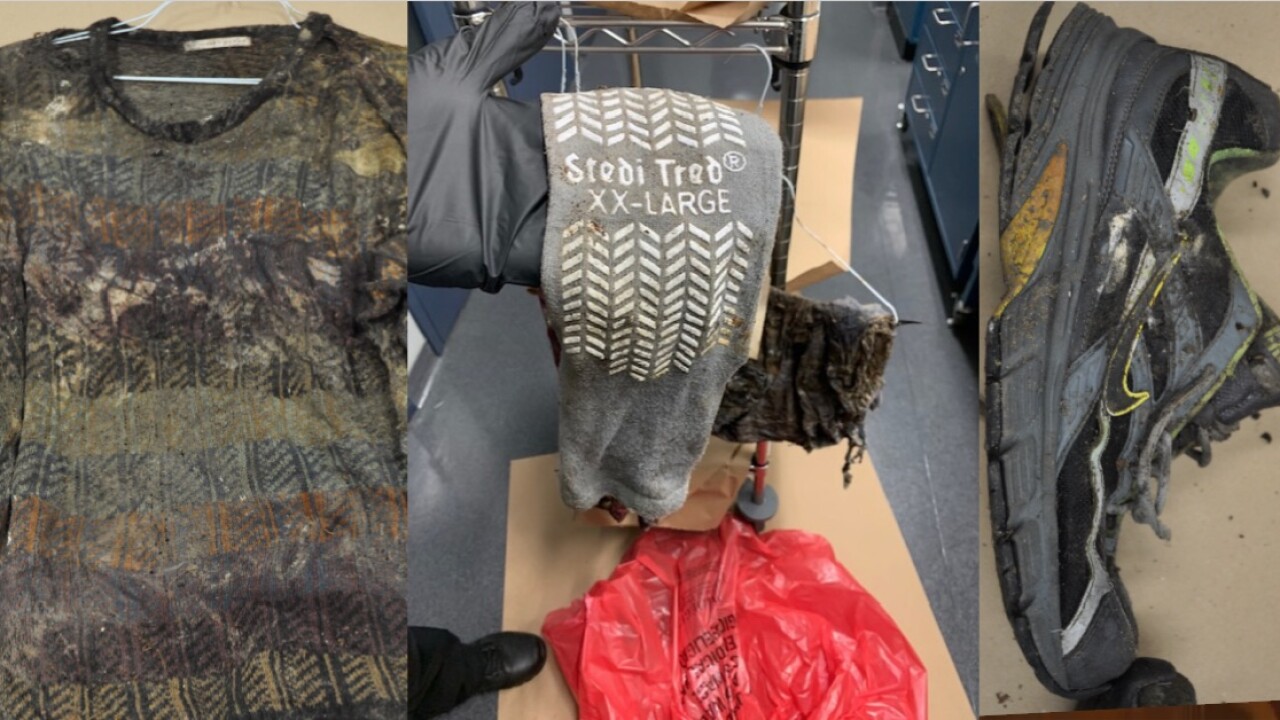 RICHMOND, Va. -- Authorities have released photos of the clothes found near skeletal remains discovered in a field on Richmond's Northside earlier this month.

The gruesome discovery happened on Thursday, July 2 around 8:30 a.m. when the remains were sighted in a field in the 1500 block of Valley Road not far from Holy Cross Cemetery, according to Richmond Police officials.

Police said the deceased is believed to be a man between 39 to 64 years old and about 5 feet 2 inches to 5 feet 7 inches tall.

"The person’s race or ethnicity could not be determined," officials said.

The deceased was wearing a blue disposable top, like the kind given to hospital patients, as well as maroon pants with an elastic waistband and silver snaps, according to a police spokesperson.

Police also released photos of the clothing, including a pattered shirt, gray sock and gray/black sneaker, found near the remains.