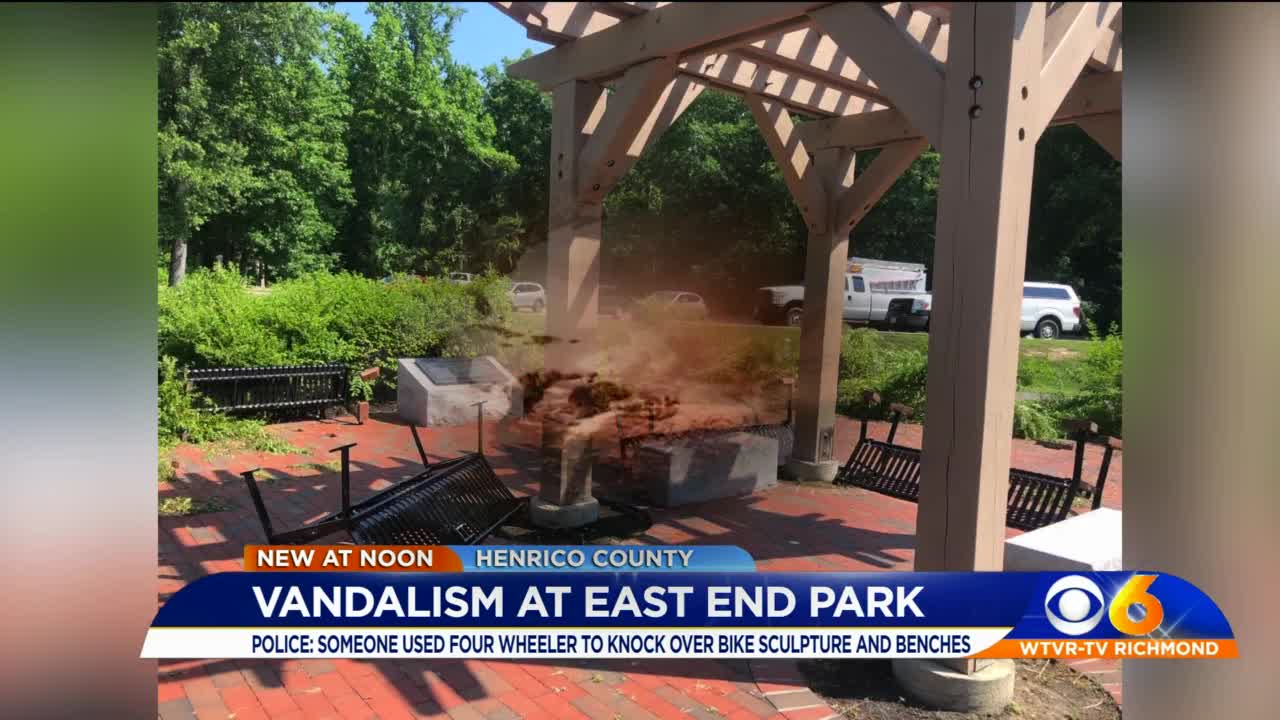 Police are investigating after someone damaged the Four Mile Creek Trailhead along the Virginia Capital Trail.

HENRICO COUNTY, Va. -- Police are investigating after someone damaged the Four Mile Creek Trailhead along the Virginia Capital Trail.

Police on scene off New Market Road in eastern Henrico said it appeared someone used a four-wheeler to pull over the large bike sculpture that greets cyclists along the 51-mile trail that connects Richmond to Jamestown.

"The statue is art and it's a celebration of cycling," Cat Anthony, Executive Director of the Virginia Capital Trail Foundation, said. "I have no sense as to why someone would do this."

In addition, multiple benches located in shelters were ripped out of the ground, trashcans were toppled, and porta-potties were dragged out of place.

Police on scene said it was the second time in two months someone had damaged property at the trailhead.

Anthony described previous incidents as less damaging than what was discovered on Tuesday.