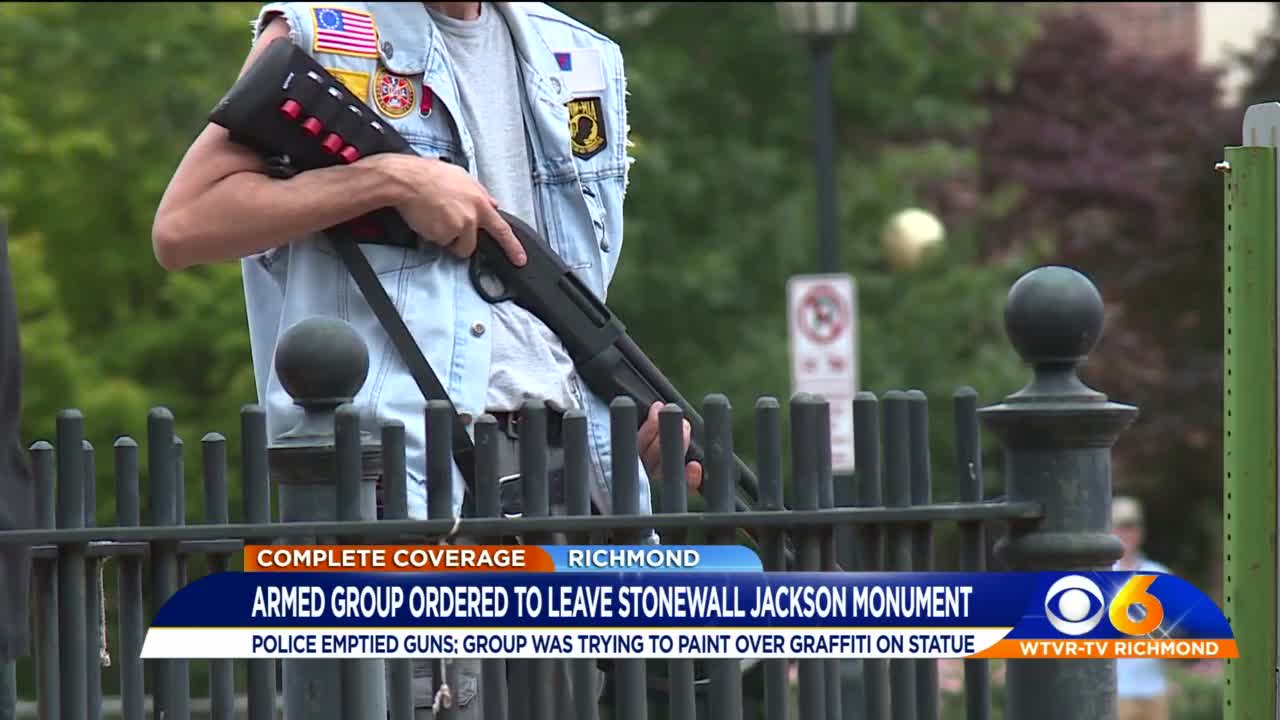 The scene unfolded Sunday evening at the Stonewall Jackson statue on Monument Avenue. 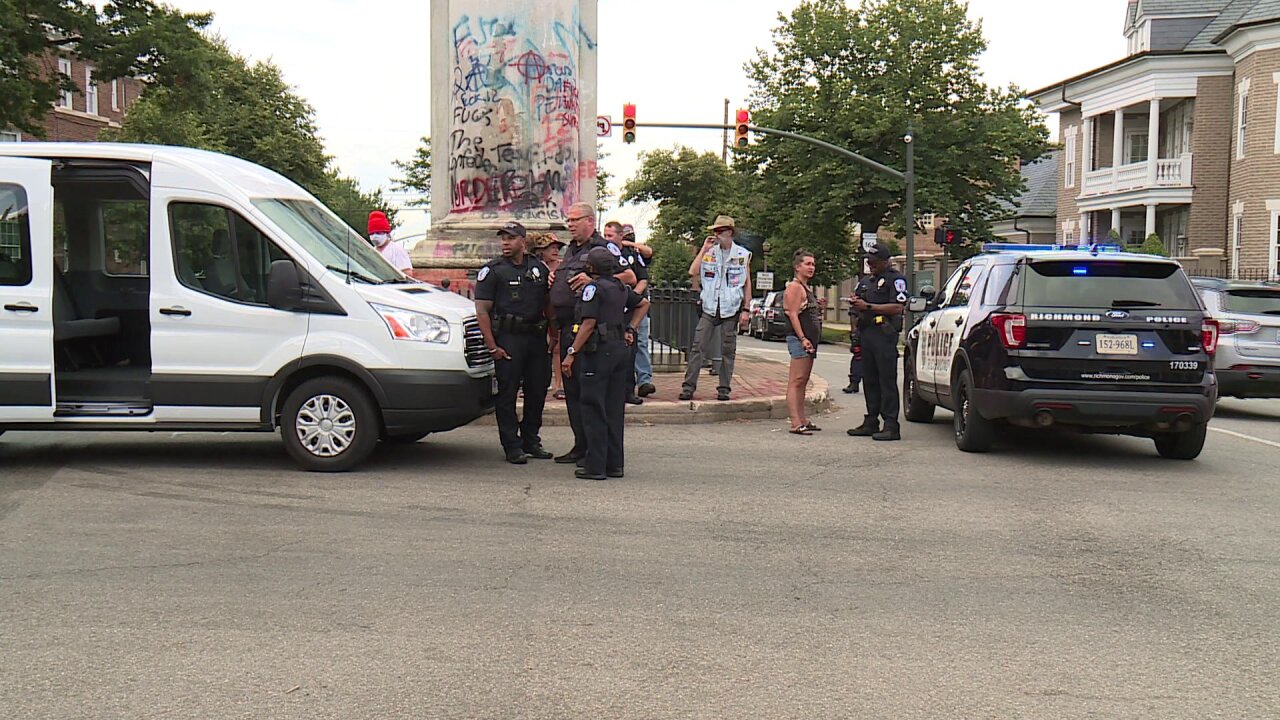 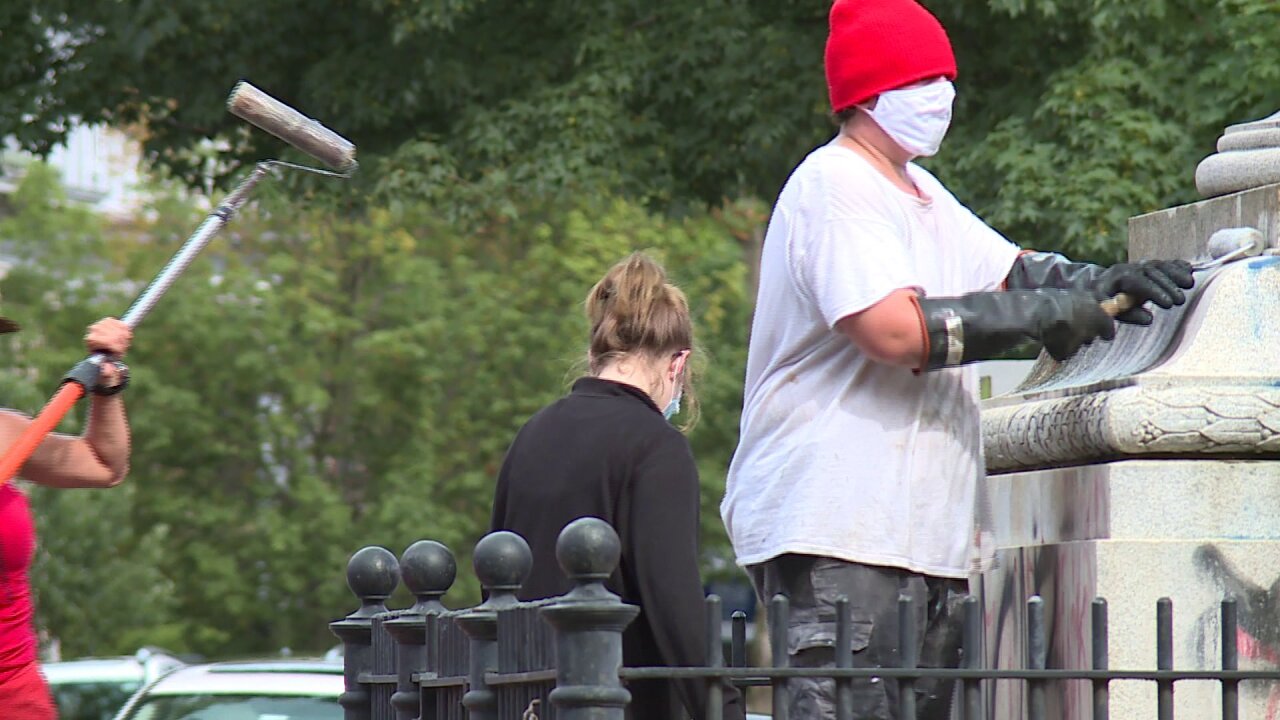 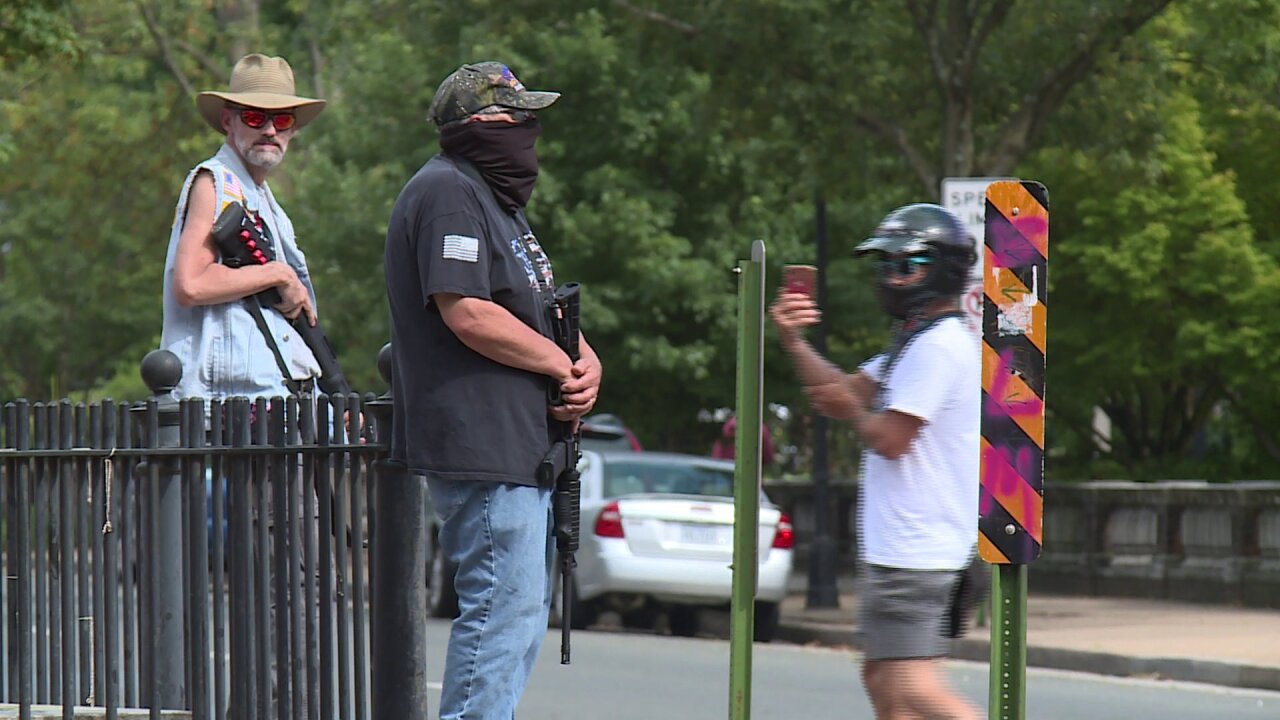 The scene unfolded at the busy intersection of Arthur Ashe Boulevard and Monument Avenue as some people in that group tried to remove and paint over graffiti on the statue.

At least two other members of the group stood armed with loaded assault rifles.

Officers emptied the guns and ordered the group, along with protesters who had also gathered at the statue, to leave.

There was no word at last check if anyone had been charged in the incident.