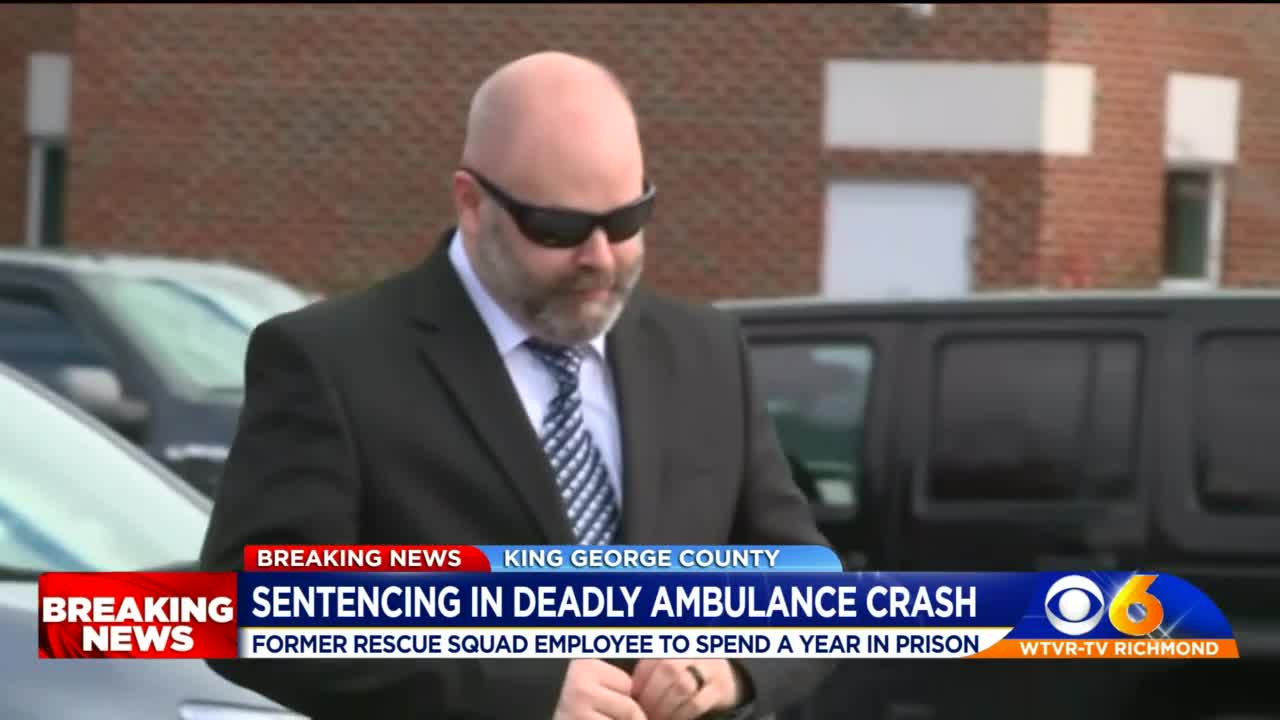 A judge sentenced William Watson to serve a total of eight years for involuntary manslaughter, reckless driving, and failure to obey a traffic signal. Seven years of the sentence were suspended, so Watson will spend 12 months behind bars.

Watson was behind the wheel of a Westmoreland County ambulance that crashed into two cars in King George County in September 2018.

Rita Davis, 64, was killed in the crash.

A whistleblower from inside the Westmoreland rescue squad and multiple witnesses said that the ambulance had its lights, but not the siren, on when it entered the intersection.

Virginia law requires emergency vehicles to have both their lights and siren on, or else yield to traffic when they have a red light.

Watson had only been with the department for one month at the time of the crash.

The whistleblower said Watson was still being trained, so he should not have been alone in the front of the vehicle.

During the sentencing hearing, the judge also ordered Watson to pay a $100 fine for running the red light.