A.P. Hill statue in Richmond won’t be removed, for now 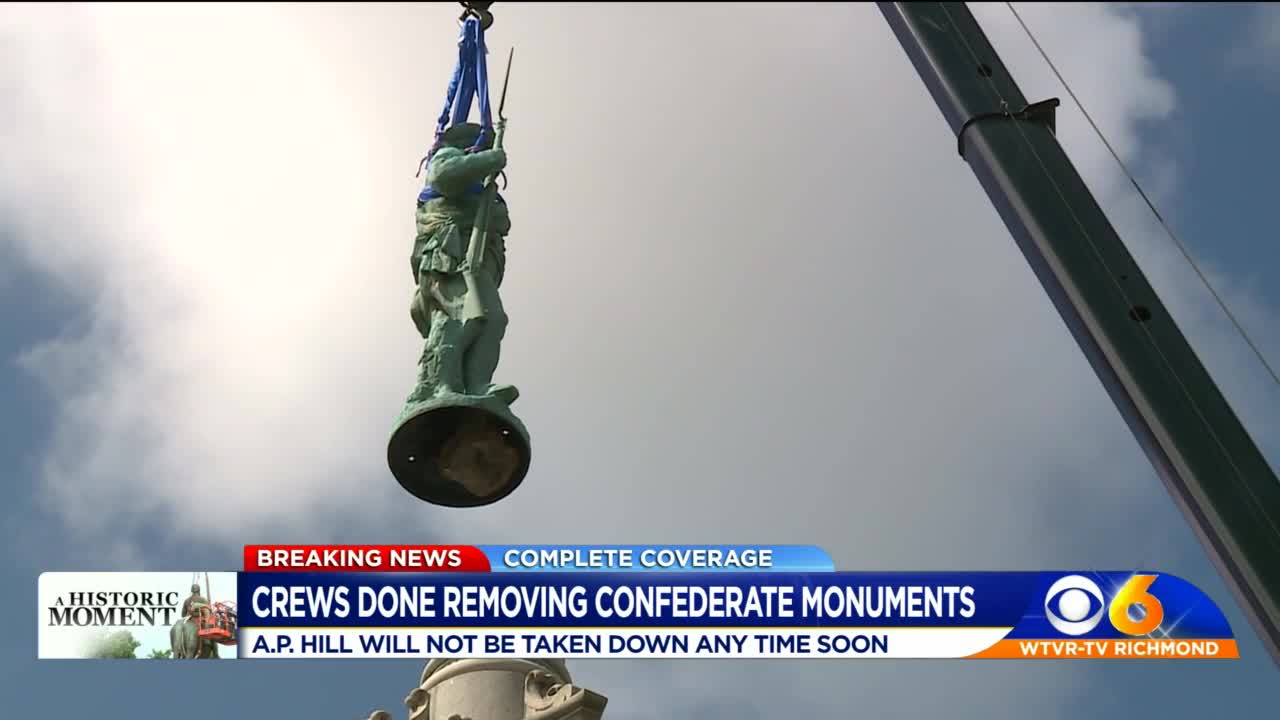 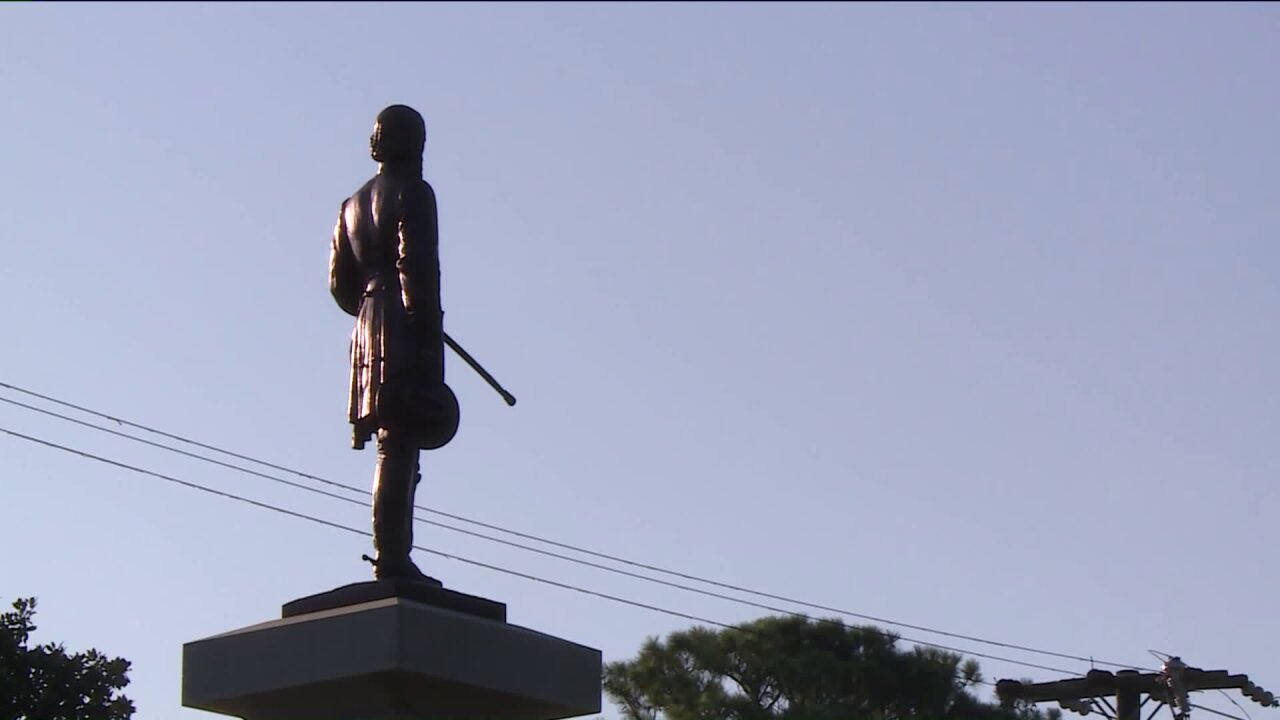 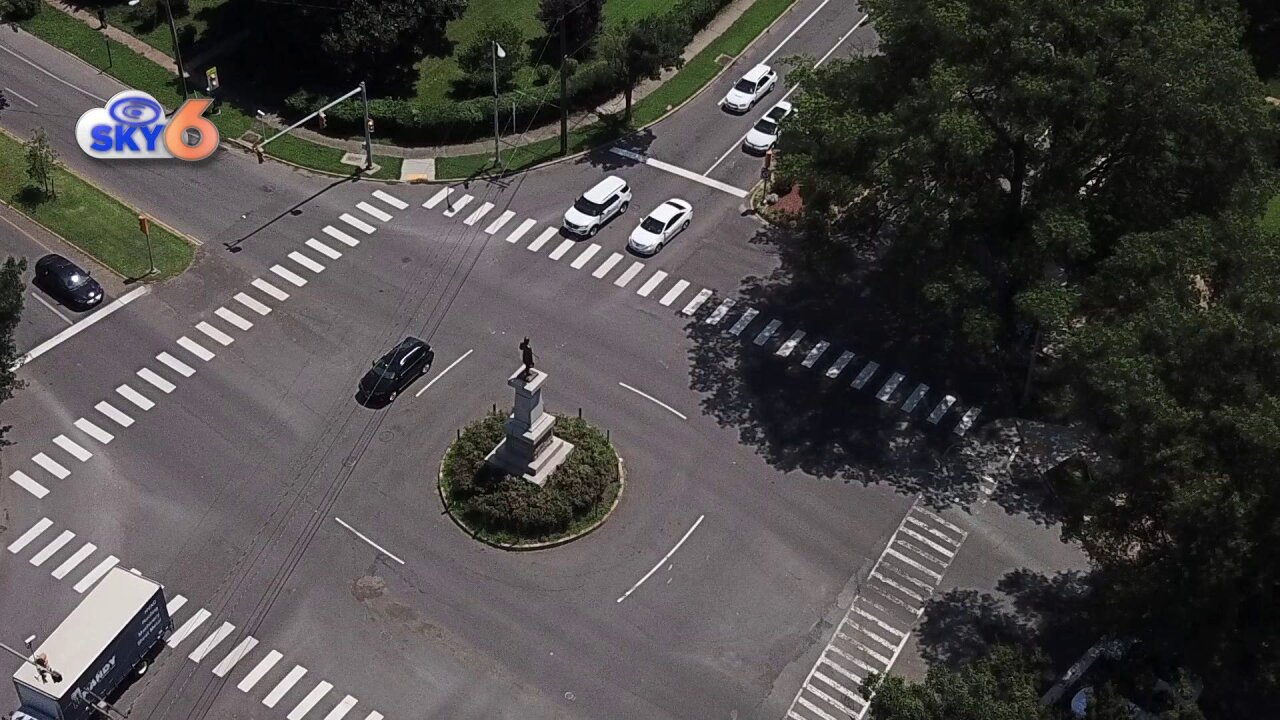 Still standing is the A.P. Hill statue in the intersection of West Laburnum Avenue and Hermitage Road. That’s also the location where Hill is buried.

A city administration official tells CBS 6 they will need to determine the rules governing the alteration, removal and relocation of a monument that sits atop a grave site.

On Thursday, a Richmond judge ordered a 60-day injunction preventing the removal of additional Confederate monuments in Richmond.

The injunction was requested by an anonymous plaintiff who sued Mayor Levar Stoney this week, arguing that Stoney's use of "emergency powers" to remove the statues was a violation of new state law giving municipalities the authority to remove statues on public land.

Bryan was a Richmond newspaper owner and fought with Mosby’s Rangers. Lee was the nephew of Gen. Robert E. Lee and a former Governor of Virginia.

They also returned to the Maury monument to take down a massive globe that sat on the granite pedestal on Thursday.

The Lee statue on Monument Avenue is owned by the state and currently involved in a court injunction.

Stephanie Arduini is the deputy director of the American Civil War Museum in Richmond.

“We're definitely looking to document what's happening right now,” she said.”The Civil War, the Confederacy and these statues have all been used to help define Richmond's identity for so long.”

Arduini’s research was included on the website OnMonumentAve.com, which was collected by colleagues at the American Civil War Museum, Virginia Museum of History and Culture, Library of Virginia and Valentine Museum in Richmond.

That information was used during the Monument Avenue Commission that studied and heard public comments regarding whether to remove the statues, add context, or leave them as is.

“They have debated about taking down statues or adding statues for a long time. This is the first time we're seeing them actually come down off a pedestal. So, I don't think it's an exaggeration to say that this is history,” Arduini added.

It’s left to be seen what will be the impact of removing the statues in a city paramount to the Confederacy.

“This topic of the Civil War -- that's not going to go away. That's such a huge part of American history that people will still remember and learn about and study,” Arduini stated. “They are expressions of not only our past, but also what we value now and what we value going forward. I am curious from a history perspective, but also eager as a resident of this community to see how Richmond grapples with that.”