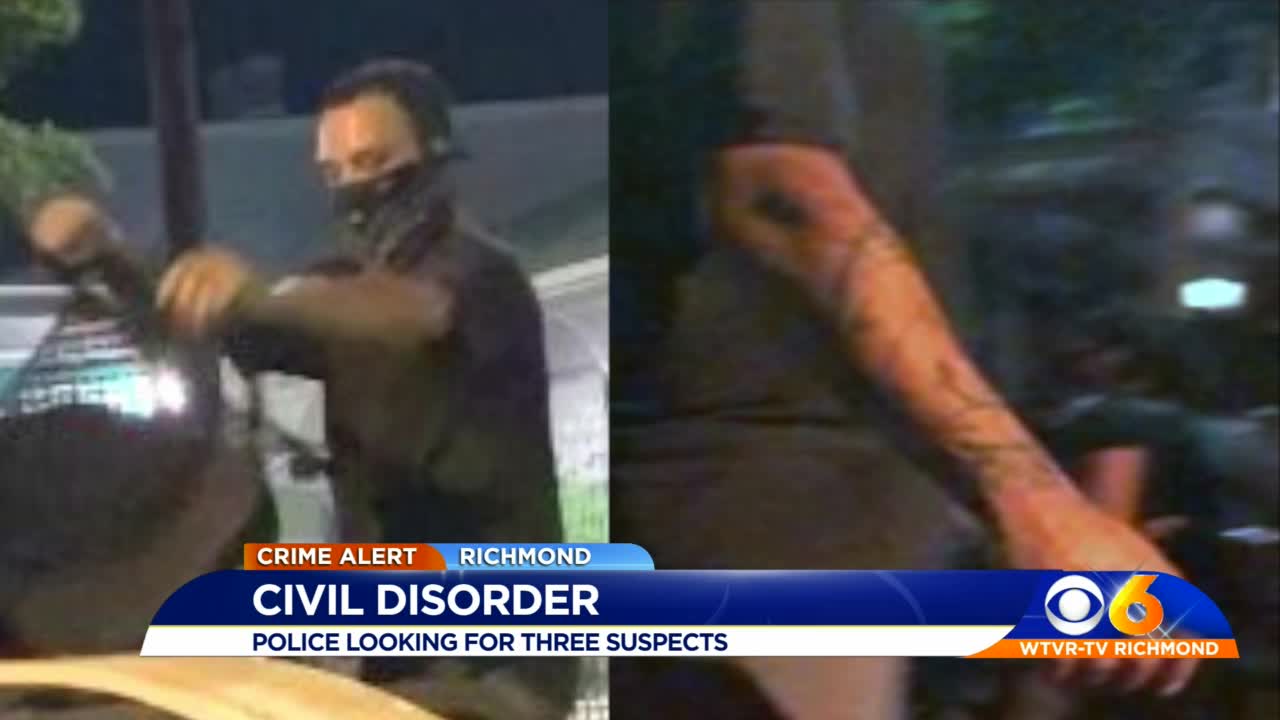 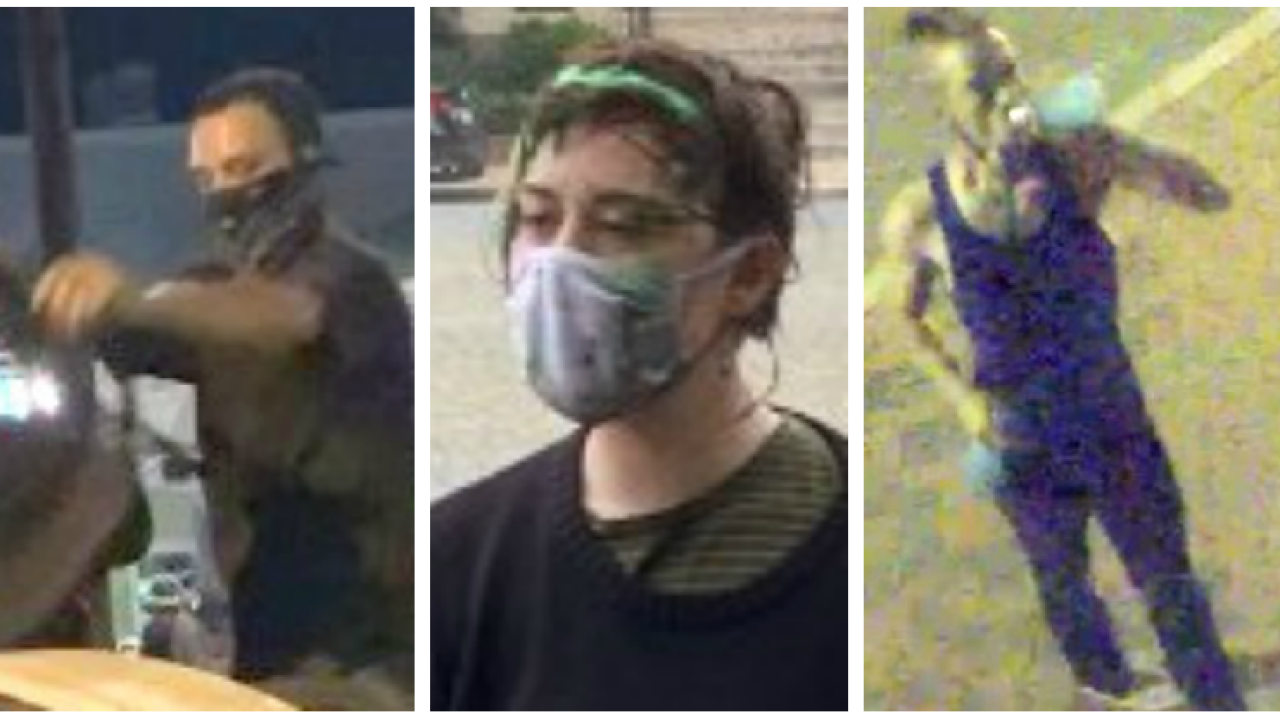 RICHMOND, Va. -- Richmond Police is asking the public to help identify three people who are suspected of committing several acts of civil disorder during Richmond riots this spring and summer.

The first suspect stems from an incident that occurred in the alley in the 500 block of North Harrison Street on May 31, 2020.

A man with a dark blue tank top is suspected of arson.

In a separate incident on July 25, a man in a black shirt is suspected of arson and vandalism over several hours. Police provided photos of the suspect and a detailed photo of the tattoo on his right arm.

The third suspect is suspected of assault and vandalism in the 2400 block of Monument Avenue on August 29, 2020.
She was photographed wearing a black sweatshirt.