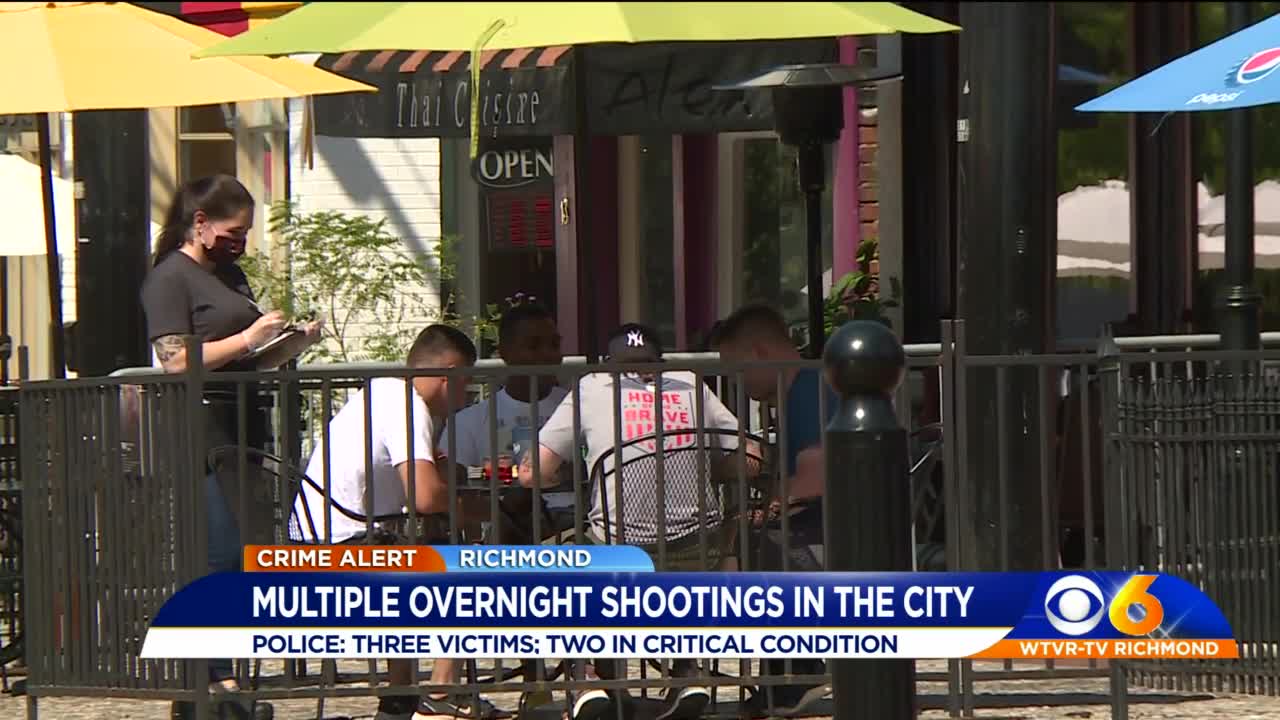 "We're hoping that this is not something that is going to be repeated." 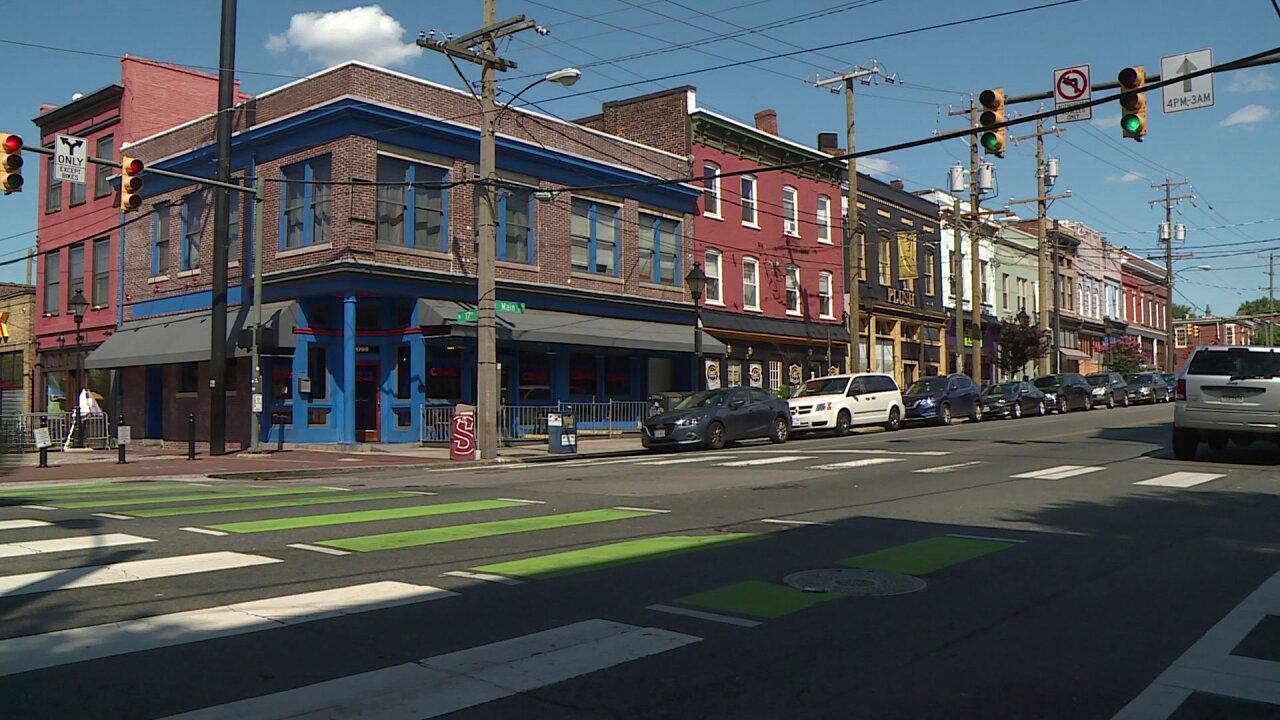 Capt. Michael A. Snawder with Richmond Police said officers were first called to the 1200 block of St. James Street for a shooting report just before 1:10 a.m.

"Once on scene they found an adult male suffering from an apparent gunshot wound," Snawder said.

The victim was transported to an are hospital with a non-life threatening injury, police said.

Officers were then called to the 1700 block of E. Franklin Street for a report of a shooting just after 2:15 a.m.

When police arrived, they found a man suffering from an apparent gunshot wound.

That victim was taken to an area hospital with a life-threatening injury, according to Snawder.

Then officers were called to the 2200 block of E. Main for a two-vehicle accident just after 2:35 a.m.

"Once on scene they found an adult male suffering from an apparent gunshot wound,"Snawder said. "He was transported to a local hospital with a life-threatening injury."

David Napier, who is the president is the Shockoe Bottom Neighborhood Association, as well as a restaurant owner, said he heard multiple shots.

"I heard one shot and then about a split second later, five or six in a rapid volley and then about 15 minutes later, I heard more distance shots. Again, about five shots fired off," Napier said.

"It is a very safe neighborhood 23 hours a day, most of the days of the week," Napier added. "But occasionally at closing time on a Friday or Saturday night, we have issues."

No suspect description in either of the cases was available at last check Saturday.

Anyone with information about these shootings is urged to call Crime Stoppers at 804-780-1000 or submit a tip online at www.7801000.com. The P3 Tips Crime Stoppers app for smart phones may also be used. All three Crime Stoppers methods of contact are anonymous.