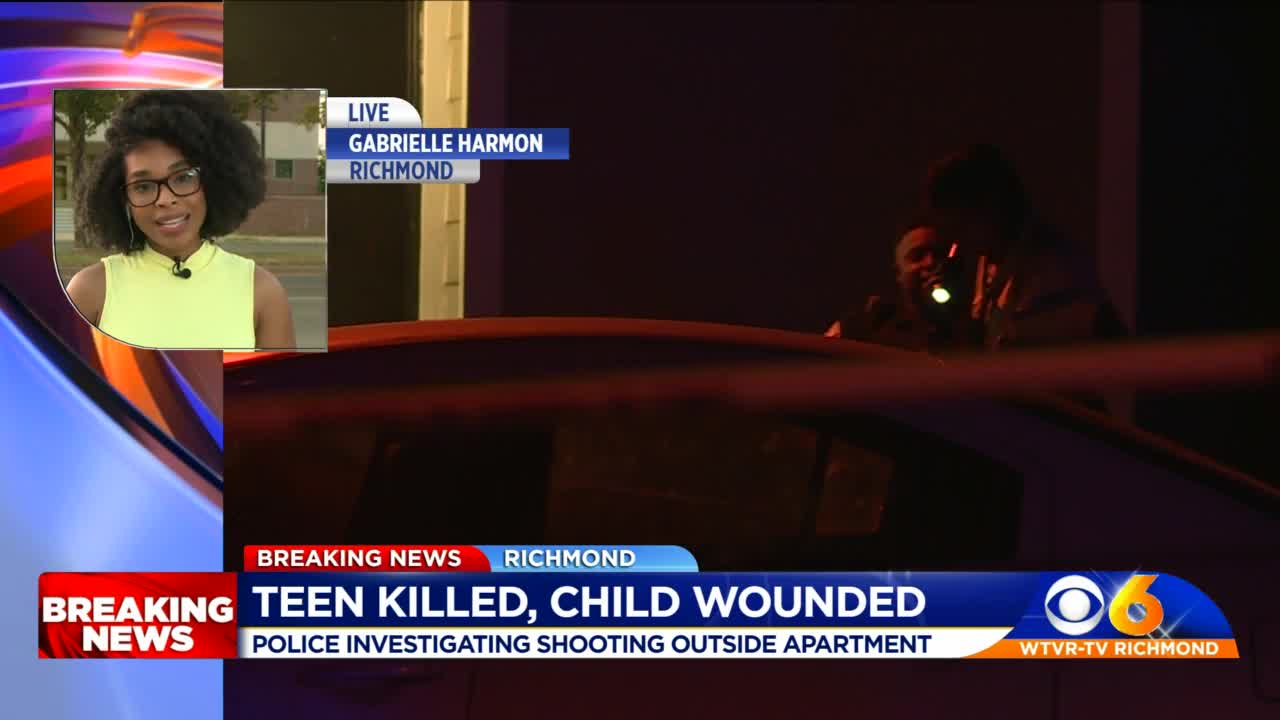 Richmond Police working to determine who shot a 15-year-old boy and a three-year-old girl.

RICHMOND, Va. -- A 15-year-old boy was killed and a three-year-old girl was injured in two shootings late Tuesday night, according to Richmond Police.

"Officers arrived and found a 15-year-old male in an apartment building who had suffered an apparent gunshot wound. He was pronounced dead at the scene," a Richmond Police spokesperson said. "Detectives have information that the victim was shot while outside the apartment building and then entered the structure."

Later, in a second nearby apartment building, police found a three-year-old girl who'd been shot inside the building.

"It does not appear that the three-year-old victim was a target of the assault," a Richmond Police spokesperson said. "She was transported to a local hospital with an injury that was not considered life threatening."

Police have not released any information about the shooting suspects or motives.