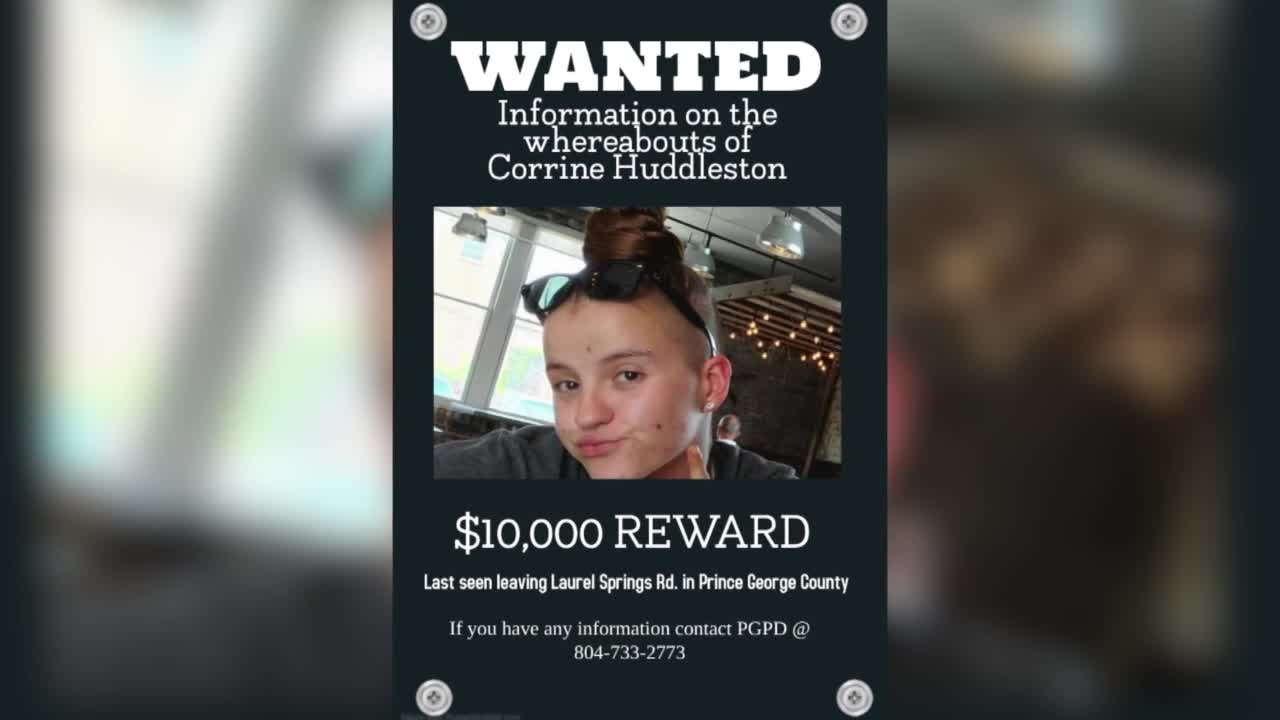 A $10,000 reward is being offered in the case of Corrine Lee Huddleston. The 20-year-old was reported missing in Prince George County, Virginia.

PRINCE GEORGE COUNTY, Va. --- A $10,000 reward is now being offered in the case of Corrine Huddleston. The 20-year-old Prince George County resident was reported missing nearly two weeks ago.

"We love you. We just want you to come home," Huddleston's stepmother Shera Gormley said Monday. "When you come home, we're not going to ever let you go."

So far, the police investigation has revealed Huddleston left a home on Laural Springs Road in Prince George County on the night of October 6. She never arrived at her next destination.

Since her disappearance, police, family, friends, and strangers have joined in the search.

"People that have put their time and effort into the search party, it's just, there are no words that the family can ever have to thank them enough," Gormley said.

"I don't care if I ever find out who you are. The family doesn't care what happens to you, where you go, where you take your money, and where you go," Gormley said. "Ten thousand dollars can get you a lot of places. Hop on a plane and start another life. Just bring us our kid home."

Anyone with information about Corrine Huddleston was asked to call Crime Solvers at 804-733-2777.