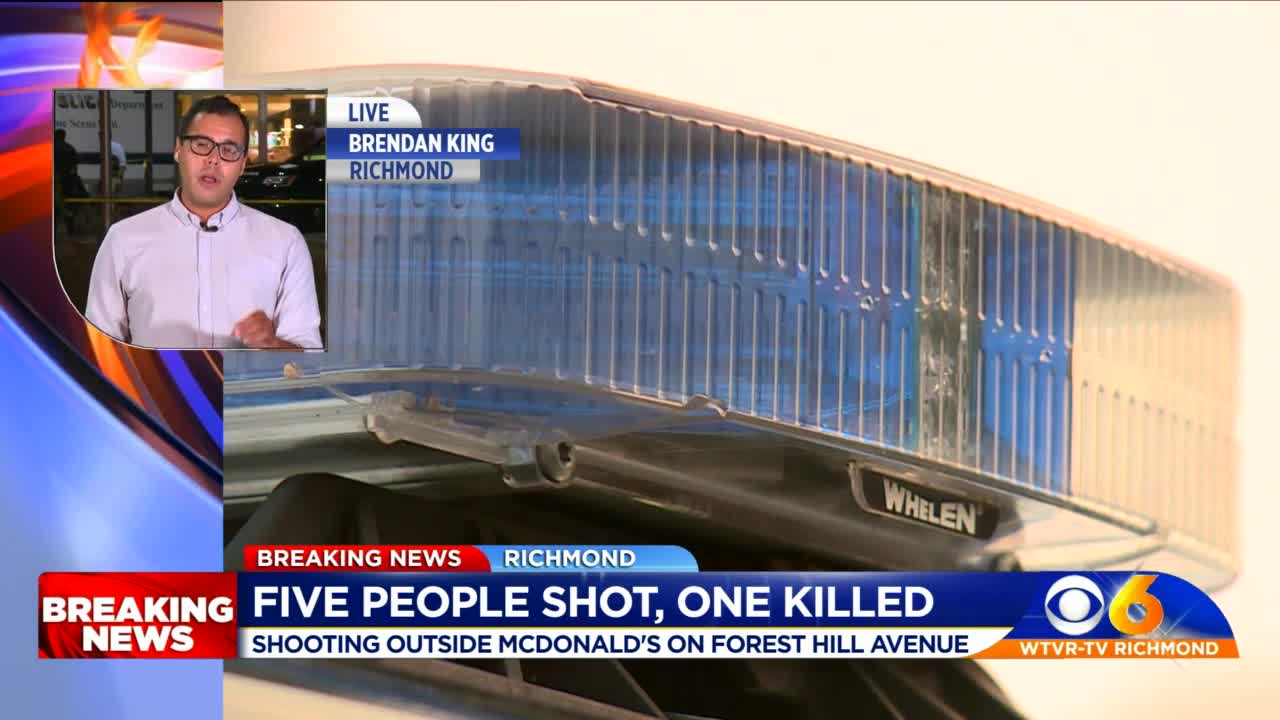 Richmond Police are investigating a shooting after a man was fatally shot and four others injured outside the McDonald's on Forest Hill Avenue Monday evening. 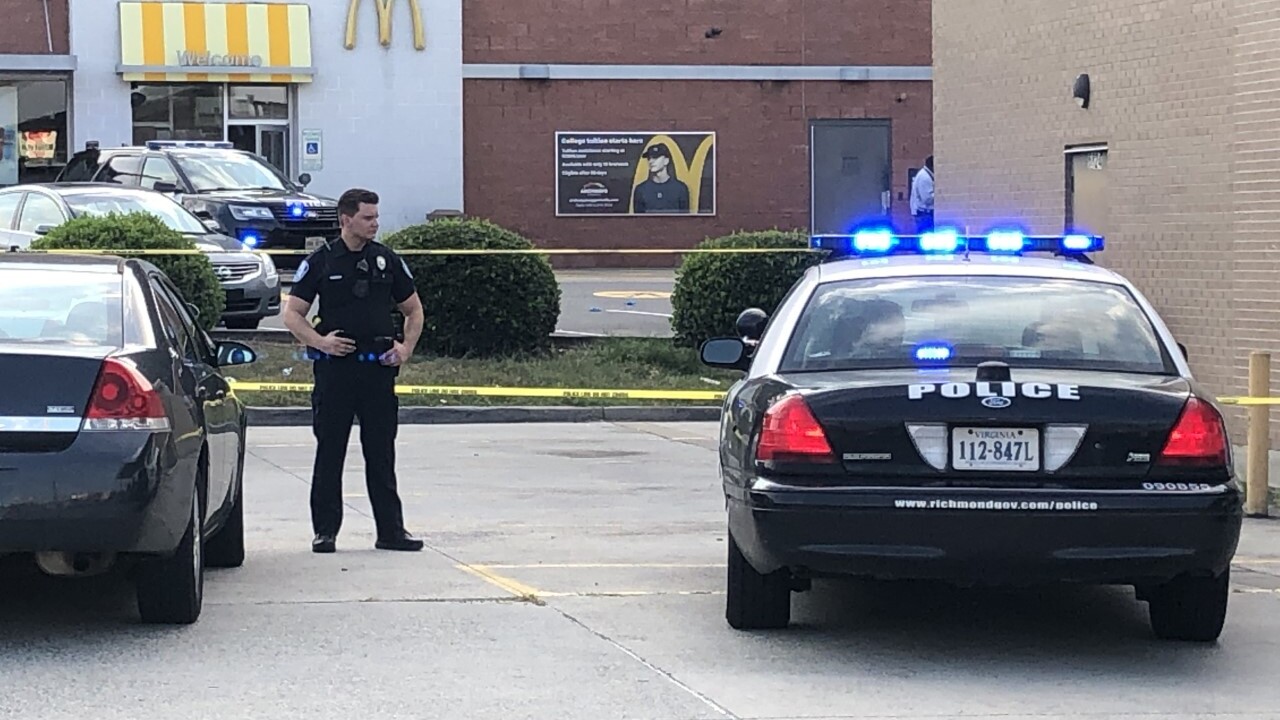 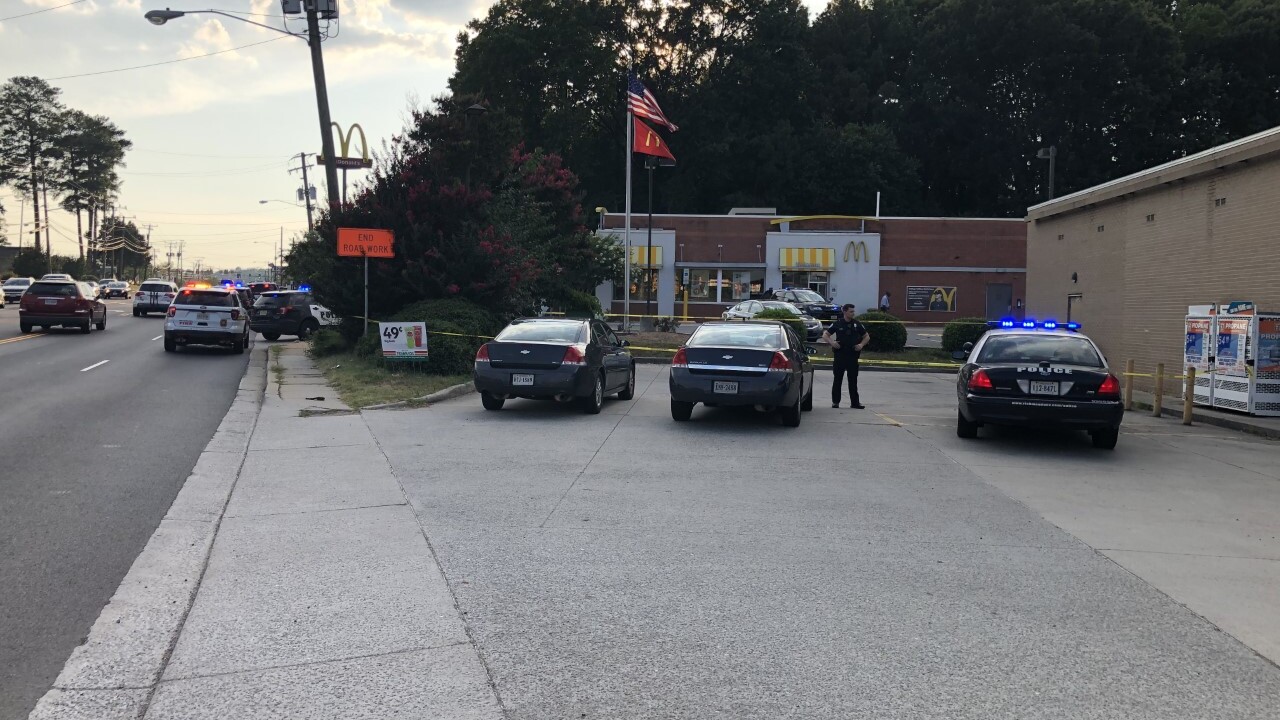 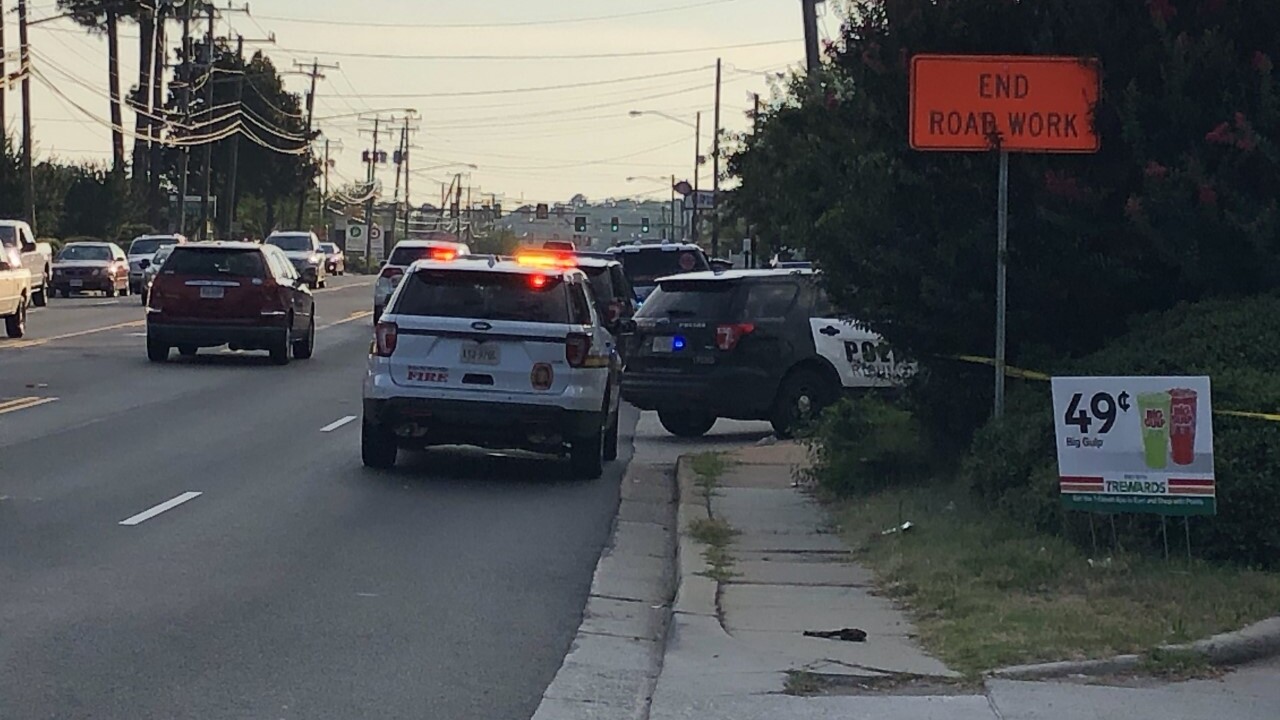 RICHMOND, Va. -- Richmond Police are investigating a shooting after a man was fatally shot and four others injured outside the McDonald's on Forest Hill Avenue Monday evening.

Police say that they initially received a call about a fight involving an armed person near the McDonalds at 6850 Forest Hill Avenue.

One man was fatally shot and pronounced dead at the scene while four others were injured in the shooting. Their conditions are not known at this time.

Four of the victims were found in the McDonalds parking lot while a fifth victim was found across the street in the Food Lion shopping center.

A car was seen in the McDonalds parking lot with shattered windows and bullet holes, and witnesses said they heard dozens of gunshots and hid for cover.

Crime Insider sources said that four guns have been recovered in connection to the shooting.

Richmond Police Captain Marty Harrison said that shootings are not typical in the area, and that police will conduct hourly
safety patrols.

"For the people who live nearby, rest assured we're going to have hourly patrols in the area, hourly observations," Harrison said. "This is an area that we normally don`t have this type of incident... But we are going to stack our patrols the best we can and provide hourly observations for this particular area."

Tuesday morning, police were back out patrolling the area.

Larry Redford owns a business in a shopping center along Forest Hill Ave. -- not far from the McDonald's where the shooting took place.

He described the area as typically peaceful, but told CBS 6 that as he walked outside Monday around 6:45 p.m., he heard screaming.

McDonald's also released a statement regarding the incident:

"Our biggest priority is always the safety and well-being of our employees and customers at our restaurants. We are working with local law enforcement as part of this ongoing investigation. Our hearts go out to the families of those involved."

There is no word on a suspect or motive at this time.

If you have information that could help police, call Crime Stoppers at 804-780-1000 or submit a tip online at www.7801000.com. The P3 Tips Crime Stoppers app for smartphones may also be used. All three Crime Stoppers methods of contact are anonymous.