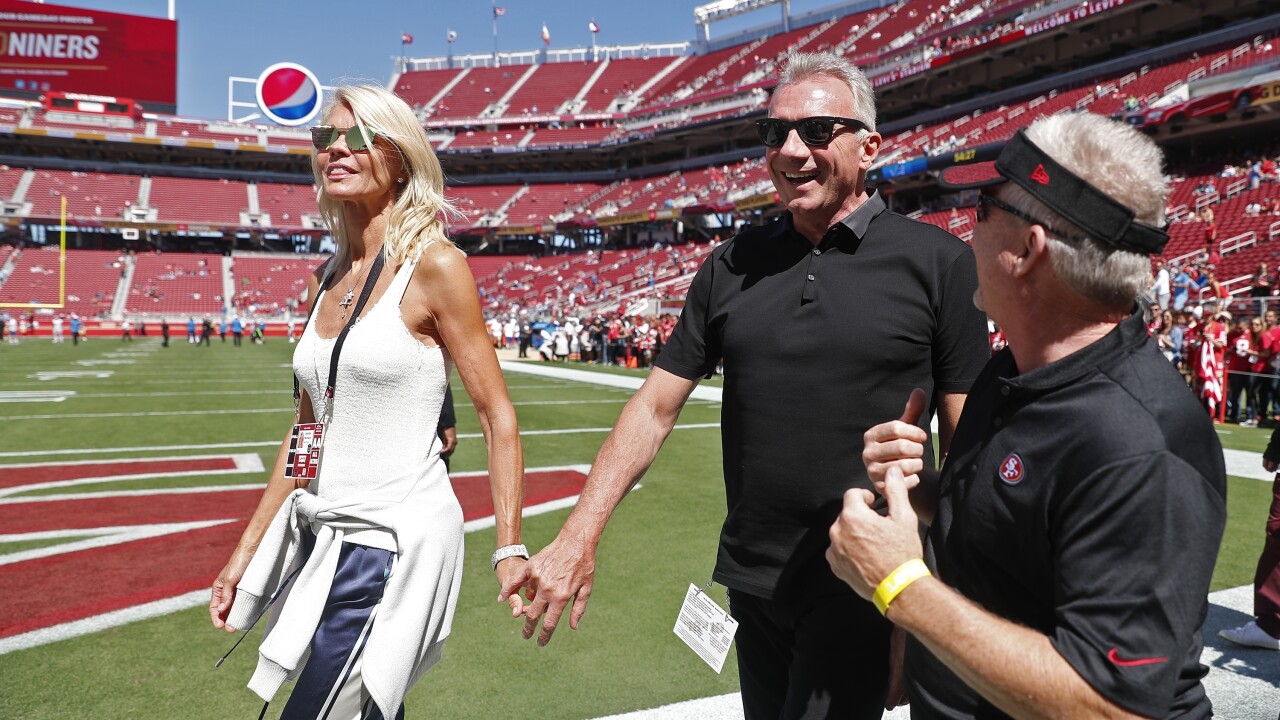 Copyright 2018 The Associated Press. All rights reserved
Tony Avelar/AP
FILE - In this Sept. 16, 2018, file photo, Joe Montana and his wife, left, Jennifer walk onto the field at Levi's Stadium before an NFL football game between the San Francisco 49ers and the Detroit Lions in Santa Clara, Calif. Hall of Fame quarterback Joe Montana and his wife confronted a home intruder who attempted to kidnap their grandchild over the weekend, law enforcement confirmed on Sunday, Sept. 27, 2020.(AP Photo/Tony Avelar, File)

LOS ANGELES (AP) — Authorities say Hall of Fame quarterback Joe Montana and his wife confronted a home intruder who attempted to kidnap their grandchild over the weekend in California.

According to the Los Angeles County Sheriff’s Department, Montana told deputies that his 9-month-old grandchild was sleeping in a playpen Saturday when an unknown woman entered their home in Malibu and grabbed the child.

Montana and his wife, Jennifer, confronted the woman and asked her to give back their grandchild.

After a tussle, law enforcement officials say Jennifer Montana pried the baby out of the woman's arms.

The sheriff’s office says the woman, whom authorities identified as Sodsai Dalzell, fled the home but was later arrested. She faces kidnapping and burglary charges.

In a tweet on Sunday, Montana thanks those who reached out about the incident.

“Scary situation, but thankful that everybody is doing well,” he wrote. “We appreciate respect for our privacy at this time.”