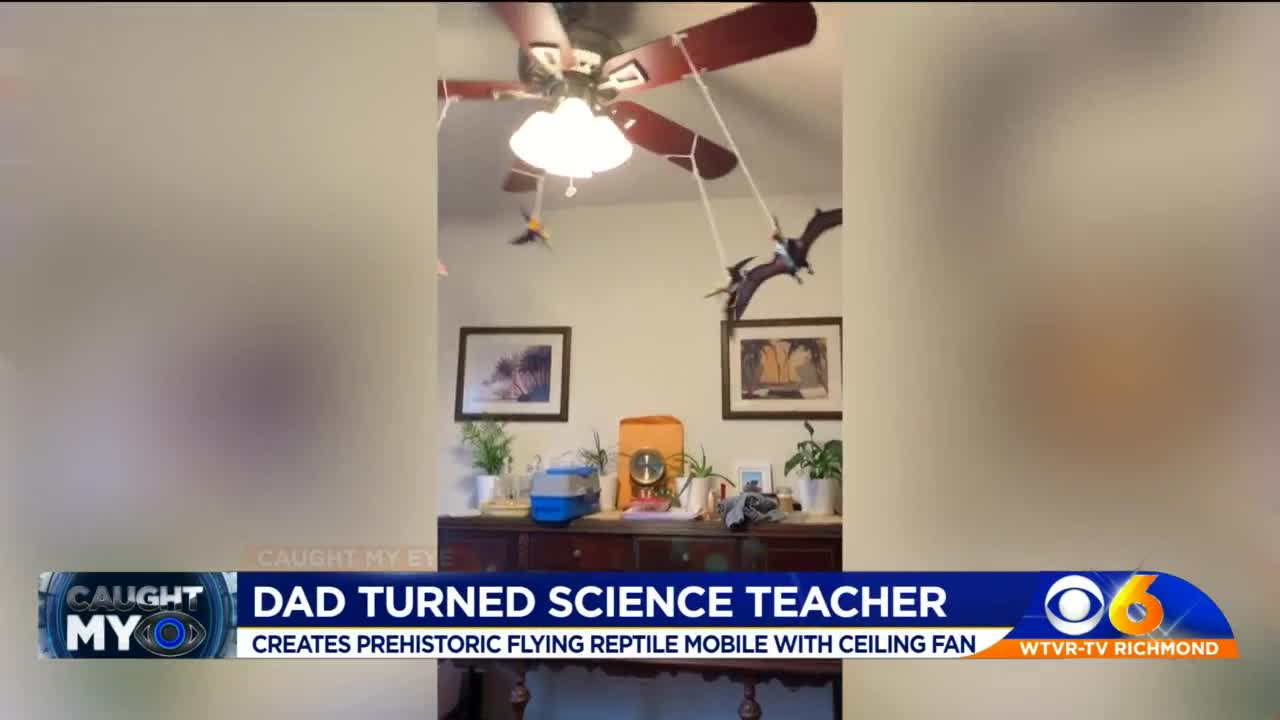 Dinosaurs are soaring through the air once again! At least, they are at 5-year-old Finn Thomas’s house. 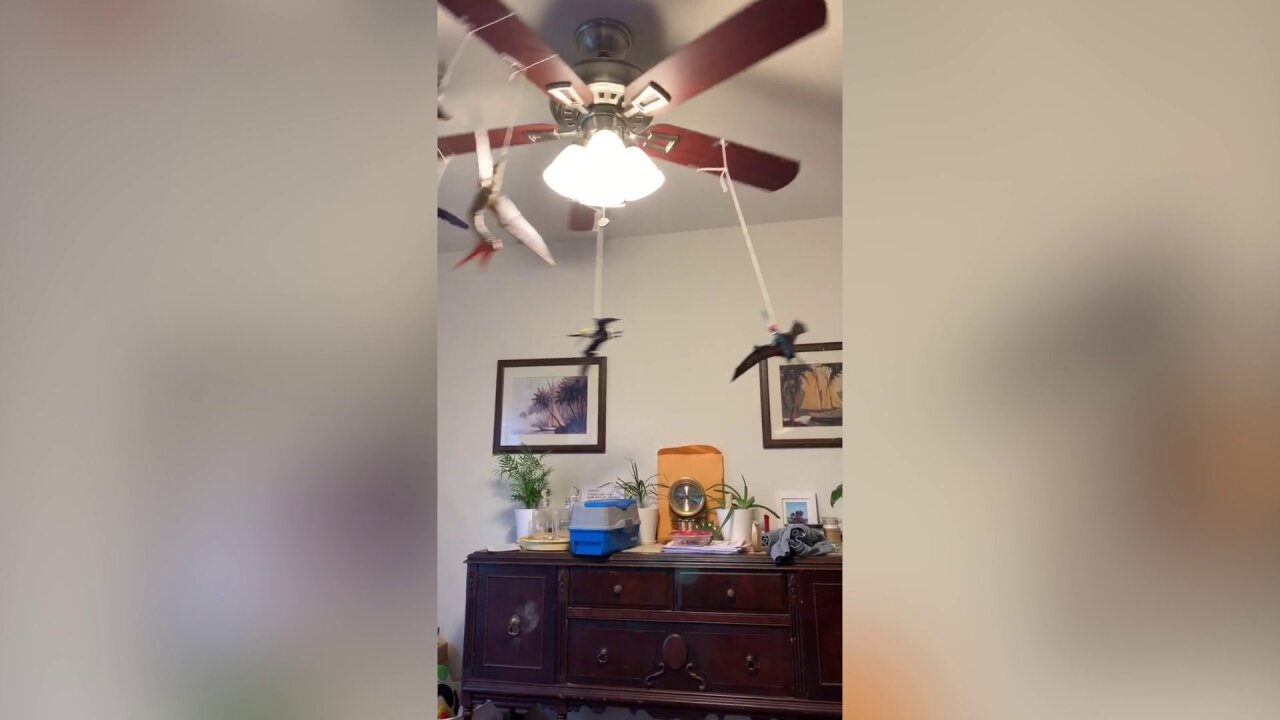 Dinosaurs are soaring through the air once again! At least, they are at 5-year-old Finn Thomas’s house.

“That’s a Quetzalcoatlus!” Finn points out with glee in a video sent to CBS 6. The pre-kindergarten student then identifies three Pteranodon and a Tapejara also swirling above his head.

“Finn just wasn’t interested in doing any of his assignments at that point,” mother Amanda Thomas tells CBS 6.

She explains Finn lives with special needs and thrives when given a routine. Her son was really missing his school, teachers and friends before dad’s great idea.

The Thomas family hails from the Richmond area but now lives in New Jersey. The family visited the Natural History Museum in NYC, which peaked Finn’s curiosity about dinosaurs a few weeks prior to creating the flying reptile display.

“It was a hit!” says Amanda. “The flying reptile mobile gave way to many more dinosaur and animal exhibits that we created in the house and got Finn excited again for school, even if it was still at home.”

Soon the student will have a chance to become the teacher! Finn’s little brother is due in September and will undoubtedly be taught many early lessons about dinosaurs.