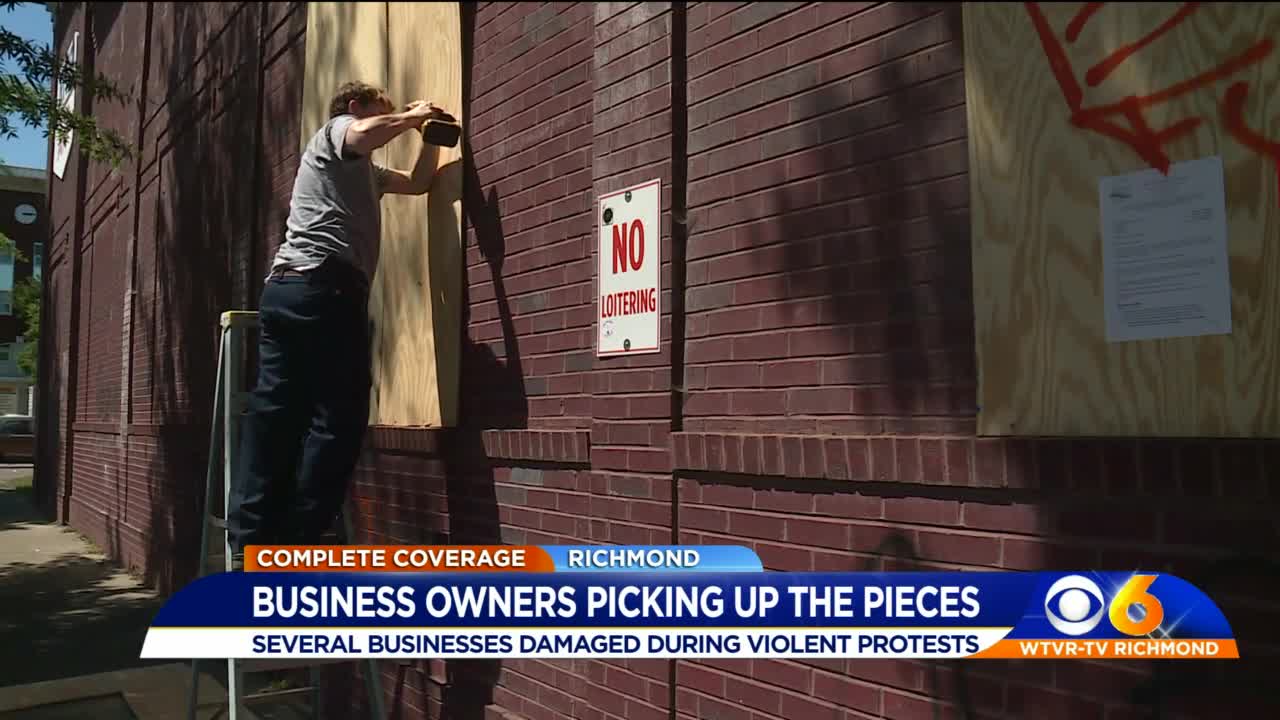 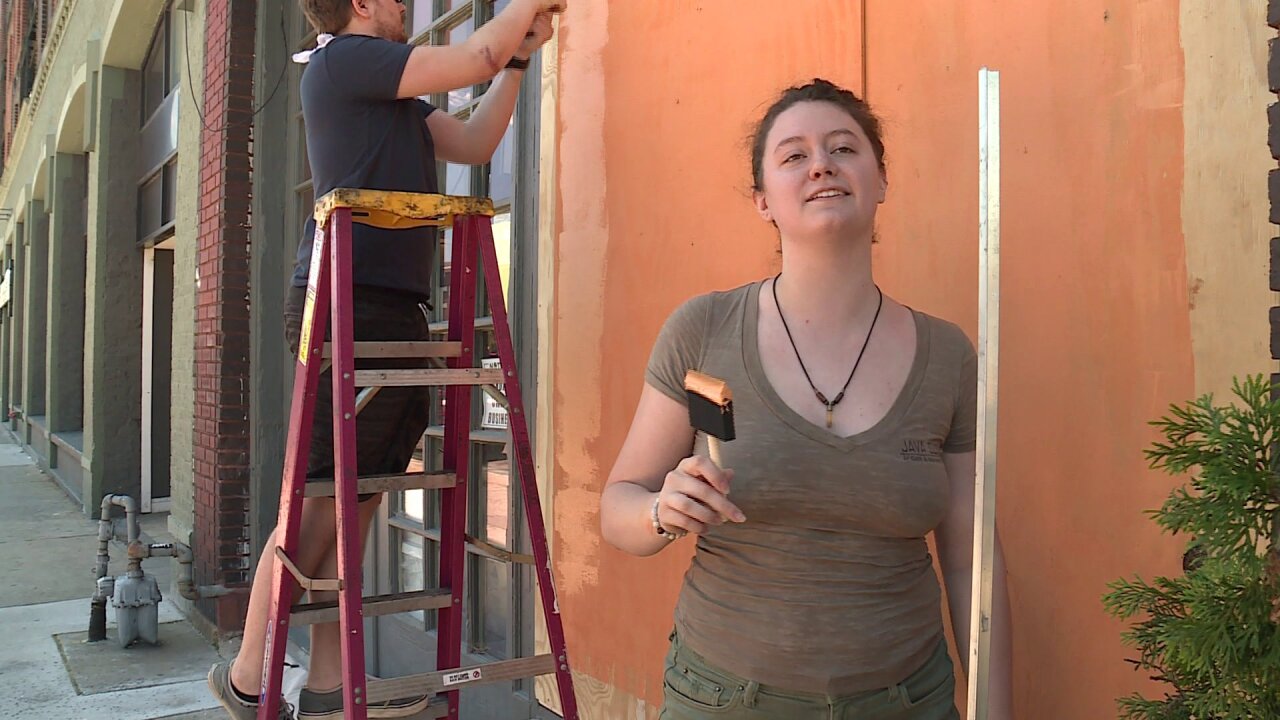 RICHMOND, Va. -- When Tessa Harnisch wants falafel, her only choice is Coliseum Persian Kabob on Broad Street. The longtime Persian restaurant, started by an owner who immigrated from Iran decades ago seeking a better life, was one of dozens of businesses trying to open up Monday during a global pandemic and following violent weekend demonstrations.

“When I heard about this place I actually cried,” Harnisch said. “We look in the window here and see the owner sitting there, and we’d be like, oh they’re open! So now that window is gone.”

Over the weekend of unrest in Richmond, the front window of the restaurant was busted out, looters stole items and cash, and beverages were slung about, according the owner’s daughter.

“Came in, stole like ice cream, they spilled stuff, like soda was on the roof. You could tell it wasn’t peaceful protesters, just people taking advantage,” said Jasmine Jahangiri.“I think we were more hurt. Like we’re also minority, we feel the pain. My dad left Iran for that reason to give himself a chance.”

An outpouring of community support began Sunday, as longtime customers and family members offered to help clean up the restaurant. Harnisch said she wanted to help, and decided to use her public art skills to help make the plywood over the front window more inviting.

“They wanted something really simple, but I want to make it look pretty,” Harnisch said.

Protests based on outrage over the killing of George Floyd and other people of color across the country following encounters with police officers sparked three straight nights of protests in Richmond.

Multiple city leaders said outside groups were co-opting anger over systemic racism in the American criminal justice system for their own causes, that include looting and acts of vandalism.

Both Harnisch and Jahangiri said they completely back the calls for real change following Floyd’s death, in which a white Minneapolis police officer kneeled on the back of his neck for nearly ten minutes. The encounter was captured on video by witnesses.

“It breaks your heart when you see that video, and if you can’t say anything about that video, it’s a problem,” Jahangiri said. “I sympathize with everyone who just wants a chance to live a free life in America.”

“Driving down Broad Street yesterday, it was like really humbling because it was like, wow, look at all this destruction. Now, it’s kind of in your face, the oppression,” Harnisch said. “Before, you’d hear about it, and even if you’d try to think about it, you’d go out and everything seems normal, and now it doesn’t seem normal, and so we have to face it.”

“I think that’s the one side of it. Finally, we have to face it. But the other side of it is these people, who are good people that have this damage, that’s rough too,” she said.

Abbas Jahangiri opened Coliseum Persian Kabob in 2003, working 12-hour days to make enough money to send his daughters, including Jasmine, to college at VCU. Abbas said his focus is not on the damage or looting, instead the deeper connection he now feels to the Richmond community.

“My heart is shattered just like that window, but my soul does not give me permission to break down,” he said. “Forget about the broken glass. We’ve developed a better bond with them than before.”

Harnisch was furloughed from her job because of COVID-19. She’s beginning to work again, but said she would like to help beautify other local businesses boarded up following the weekend violence. You can email her at tessaharnisch@gmail.com.