Mayor: Failure to practice social distancing could lead to closure of city parks 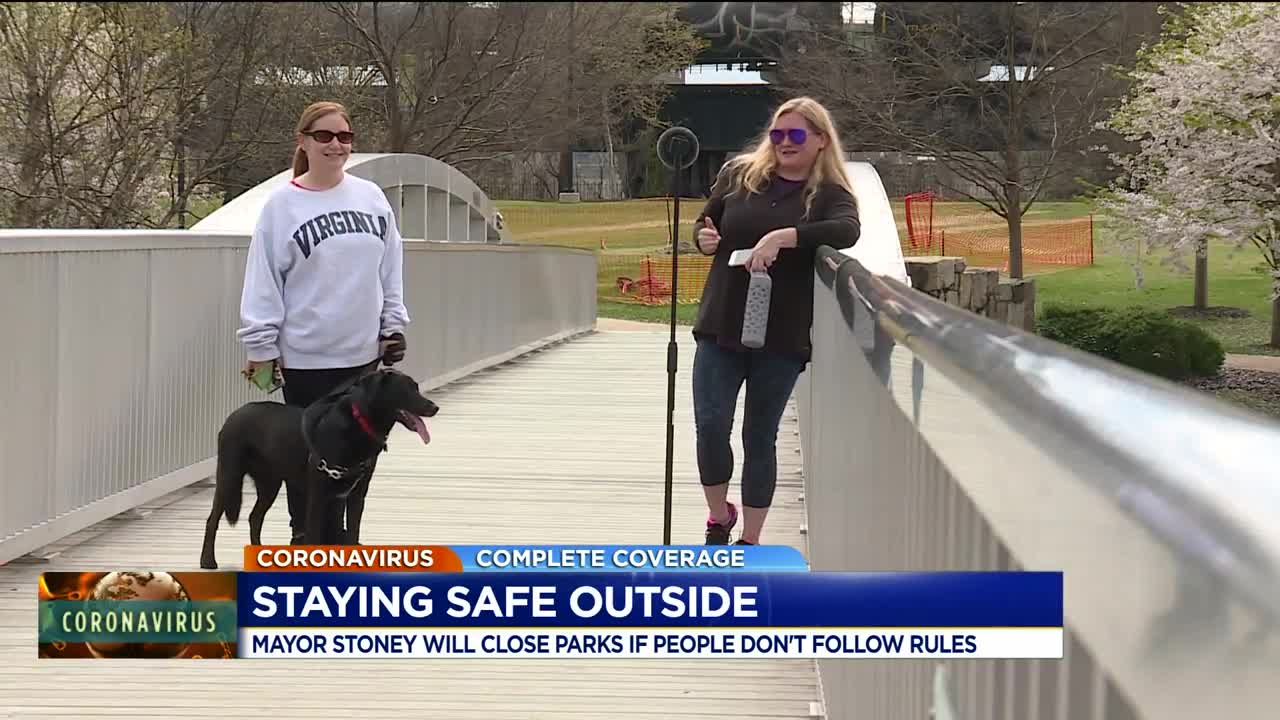 Richmond Mayor Levar Stoney is urging city residents to practice social distancing while in public at the city’s parks. The mayor says failure to do so, may force him to close city parks and James River Park System. 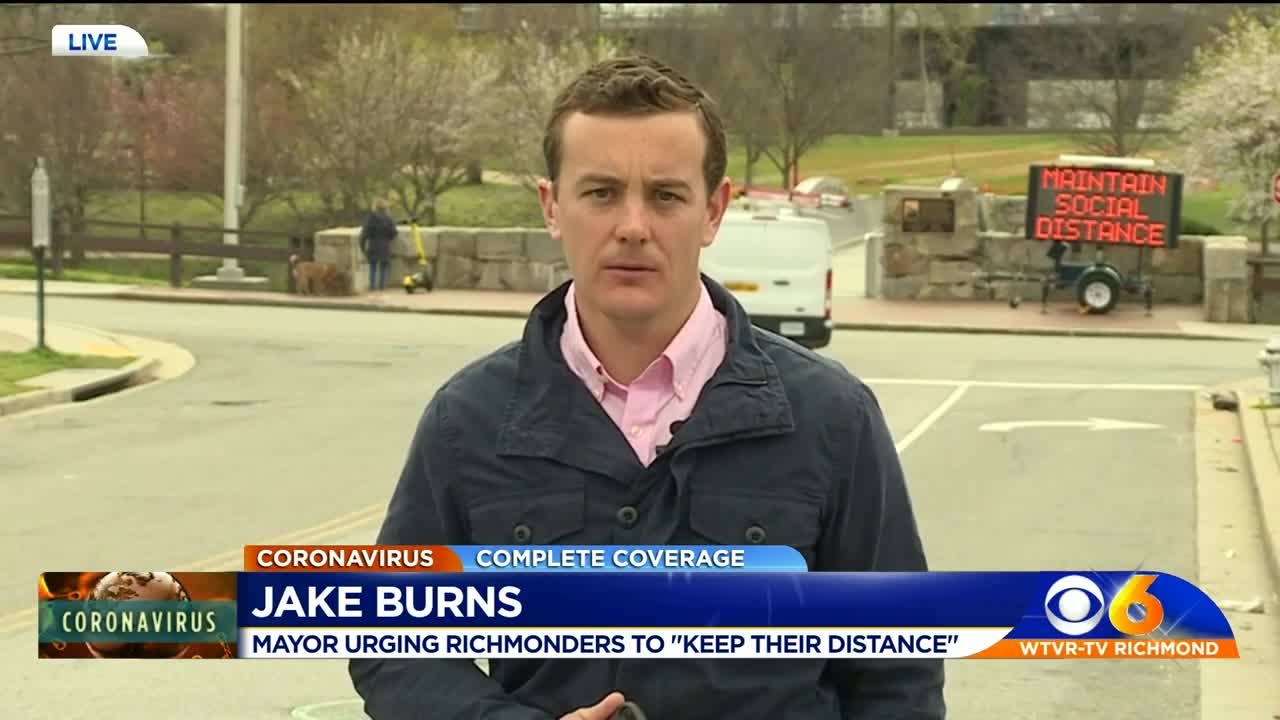 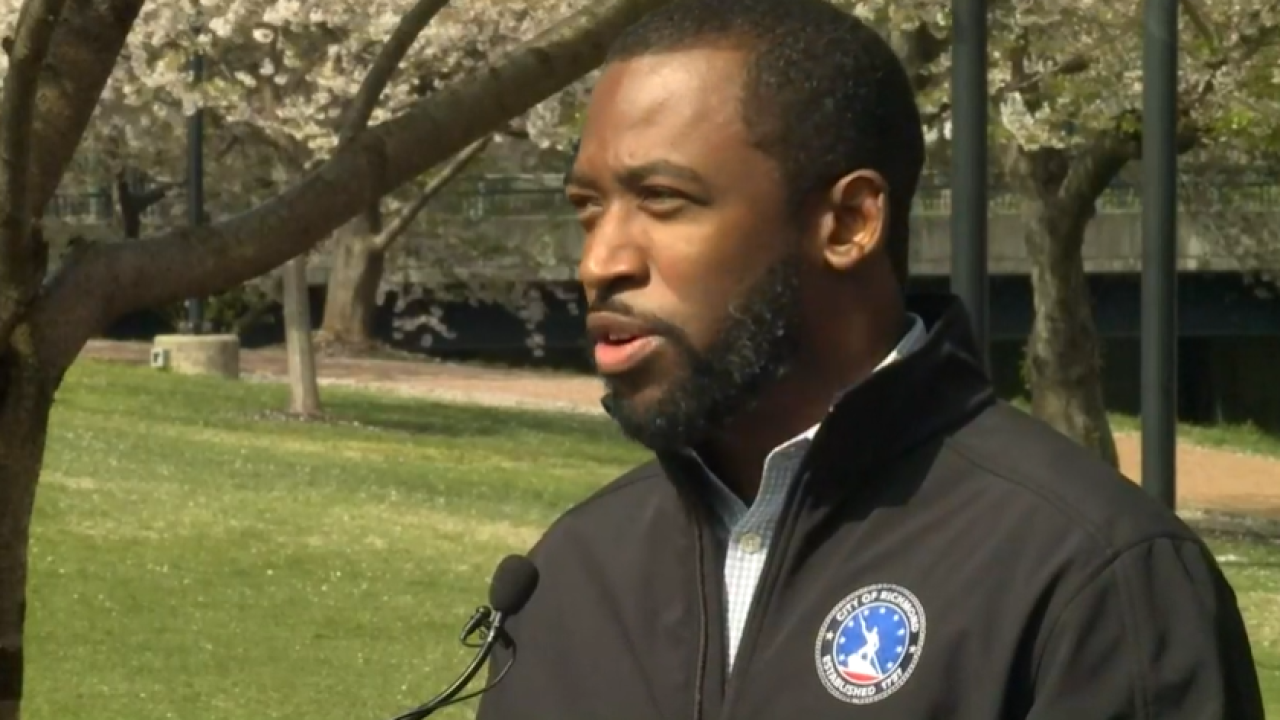 The mayor says failure to do so, may force him to close city parks and James River Park System.

“We have not seen the peak of COVID-19, the coronavirus, in the City of Richmond just yet,” said Stoney. “That’s why we believe it’s very important that each resident play their role in ensuring social distancing and also ensuring that we do not spread the disease to each other.”

Stoney released a list of guidelines for residents, if they decide to go out in public.

Must do:
· Maintain at least 6 feet distance between you and others (Outside of your family).
· Wash hands in warm water for 20 seconds after returning home.

Do not do:
· Have close contact with people outside your family
· Participate in team sports
· Gather in groups larger than 10 people

The guidance comes days after CBS 6 viewers reported crowds of people at the James River and in city parks as temperatures climbed into the 80s on the first day of spring.

“That mean when the weather gets better… We request that you not gather in groups of more than 10 people at Pony Pasture, Texas Beach, and along the river,” said Stoney. “There are ways to enjoy yourself in Richmond’s beautiful parks. We must doing it by social distancing."

“We believe that we can tackle this crisis, but we can only do this together,” Stoney added.

Stoney says the city is prepared to enforce the guidance.

“If you do not abide by these guidelines, the city may reconsider keeping parks, basketball courts, and playgrounds open throughout the city,” said Stoney. “Every option is on the table to ensure the health and safety of all Richmonders.”

Monday, state leaders banned gatherings of ten or more people, and Stoney said they plan to enforce that executive order in public spaces outdoors. Richmond Police Chief William Smith said officers plan to increase patrols around city parks this weekend, when the weather is expected to be pleasant.

“Ultimately, if it becomes a problem that’s difficult for us to manage, then certainly we have the ability to close the parks, and that’s something that I know none of us want in the city,” Smith said. “It isn’t about being inconvenient or being delicate. There are people at risk of losing their life because of this virus.”

“If folks are at Texas Beach with a bunch of PBR’s, obviously, we’re going to provide some guidance that they should disperse,” Stoney said.

Any large group that ignores verbal warnings by police to disperse could face a summons for violating the Governor’s executive order, Smith said.

Although routine cleaning and trash pick-up continues, city parks officials said they are simply responsible for too much space to fully sanitize every surface where the coronavirus could exist.

“We all have to act like germ-a-phobes now,” Stoney said. “As I told someone the other day, it’s like we’re shadow boxing. We know the enemy is en route, we just don’t know where the enemy is because of the lack of data available to us.”

Patrick Callaway works near Brown’s Island and regularly takes a walk during his lunch break. He said most people have been doing a good job of keeping a cautious distance from each other.

“I think by and large people are following the spirit of the rule. I do think it’s a great reminder. You know we all have older folks who might be part of our family or friends who might be at risk with the virus,” Callaway said.

Adrienne Acra and Michelle Ashworth are related, but even on their afternoon walk, kept distance between one another.

“It’s strange because you do gravitate towards one another and then you have to sort of separate yourself,” Acra said.

“I’m really thirsty, but I’m not going to drink her water,” Ashworth continued with a chuckle.

Acra said everyone needs to do their part and follow the rules. Ashworth said she plans on simply staying home this weekend. 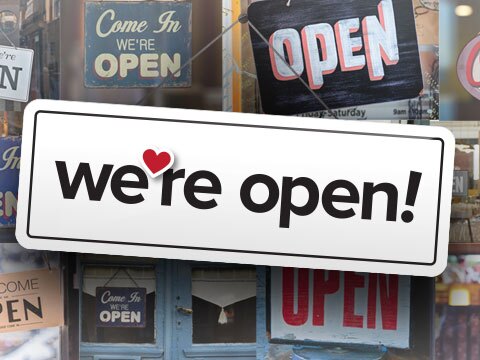