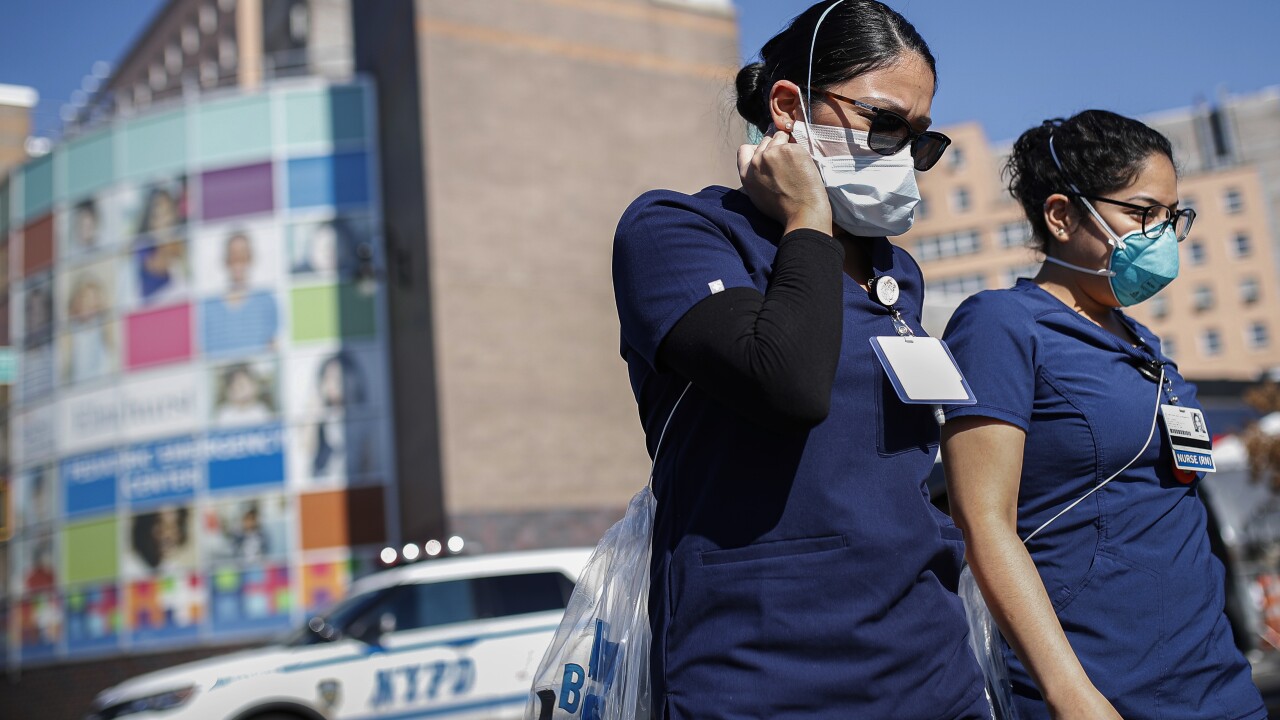 Copyright 2020 The Associated Press. All rights reserved.
John Minchillo/AP
Nurses leave Elmhurst Hospital Center where COVID-19 testing continues outside, Friday, March 27, 2020, in New York. The new coronavirus causes mild or moderate symptoms for most people, but for some, especially older adults and people with existing health problems, it can cause more severe illness or death. (AP Photo/John Minchillo)

NEW YORK — More than 1,000 New Yorkers have tested positive for COVID-19 in a single day for the first time since June 5 the state has seen a daily number that high.

The number of positive tests reported daily in the state has been steadily inching up in recent weeks, possibly because more businesses have been reopening and students have been returning to schools and college campuses.

Gov. Andrew Cuomo announced Saturday there were 1,005 positive cases tallied on Friday out of 99,953 tests, for a 1% positive rate.

From late July through the start of September, the state had an average of around 660 people test positive per day. In the seven-day period that ended Friday, it averaged 817 positive tests per day.

That number of daily positive tests in a state of more than 19 million people still puts New York in a much better position than many other states. And it is worlds better than the situation in the state in April, when the number of positive tests per day routinely topped 9,000 even though tests then were hard to get and people were being encouraged not to seek one unless they were gravely ill.