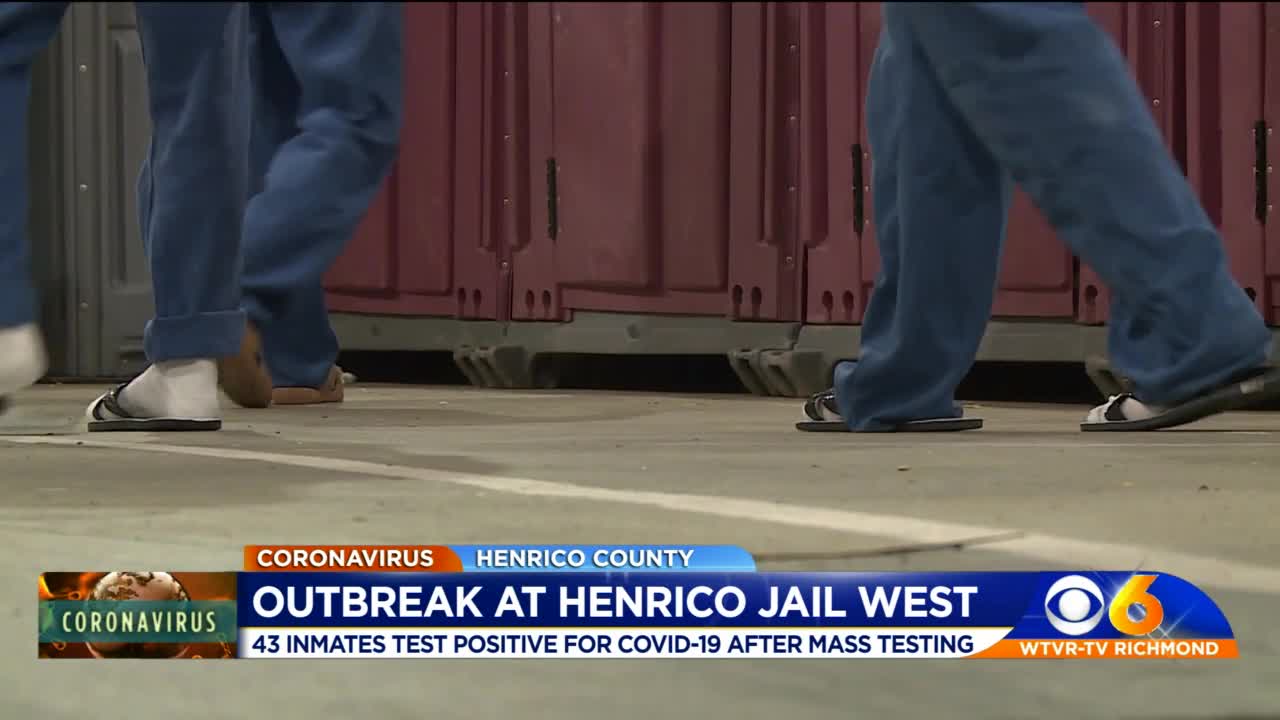 Positive test results came back on 43 inmates following mass testing after three other inmates were diagnosed with the virus, according to the county.

"To limit further spread of the coronavirus, the Sheriff’s Office has separated as a group the inmates who have tested positive and is preparing to test all inmates and staff at Henrico’s Jail West and Jail East," a county spokesperson said. "The Sheriff’s Office also is offering to test individuals who may have been exposed while incarcerated at Jail West. Anyone released on or after June 20 is eligible to receive free testing for COVID-19."

Most of the inmates who tested positive were said to be asymptomatic and nine showed mild COVID-19 symptoms. Twenty-six inmates and 18 jail staff tested negative, according to the county.

"Results are pending on more than 100 other staff and contractors," a county spokesperson continued. "Eight inmates refused testing."

The Henrico Sheriff's Office said the following safety measures have been in place since the start of the COVID-19 pandemic: