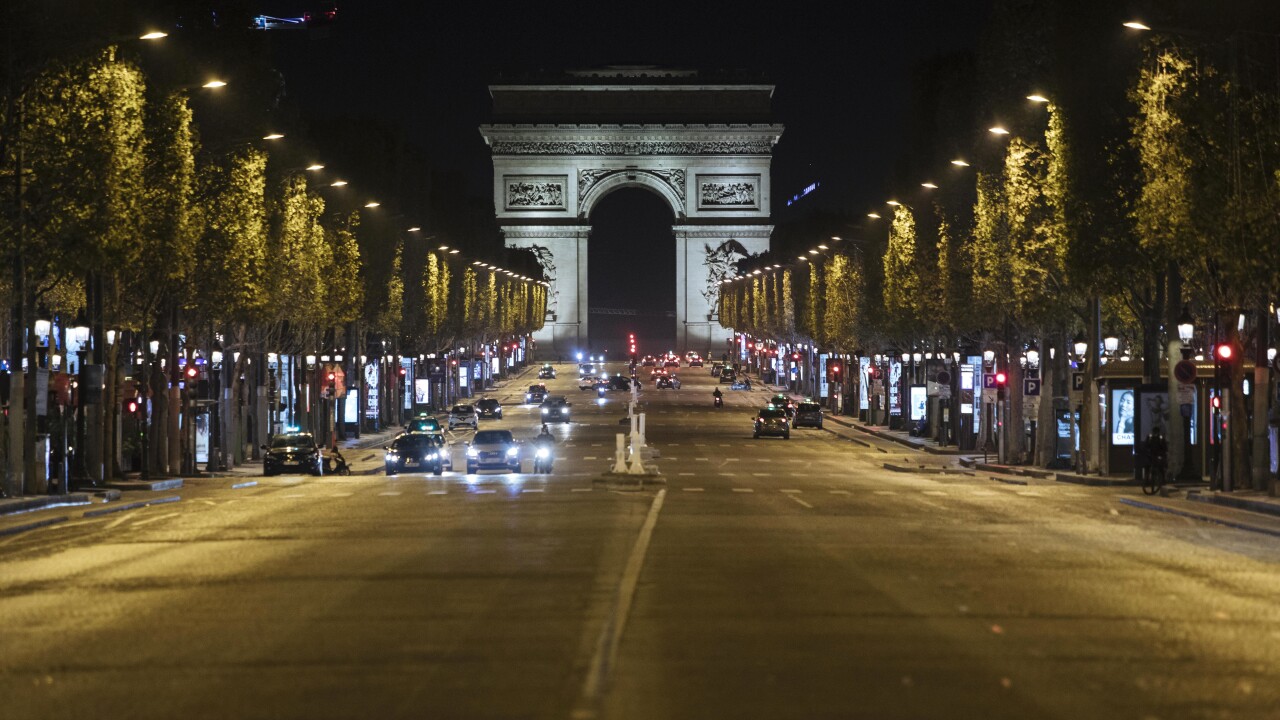 Lewis Joly/AP
Champs-Elysees avenue is almost empty during curfew in Paris, Saturday, Oct. 17, 2020. French restaurants, cinemas and theaters are trying to figure out how to survive a new curfew aimed at stemming the flow of record new coronavirus infections. The monthlong curfew came into effect Friday at midnight, and France is deploying 12,000 extra police to enforce it. (AP Photo/Lewis Joly)

PARIS — The streets of Paris and eight other French cities were deserted on Saturday night on the first day of the government-imposed 9 p.m. curfew that is to last at least four weeks.

The measure was announced this week by French President Emmanuel Macron to curb the resurgent coronavirus as new daily infections peaked last week to over 30,000. Macron said the curfews were needed to stop hospitals from becoming overrun.

Many restaurant owners are up in arms about the move that is forcing them to close early, something that they say will devastate the industry.

In France, nearly 20 million people are covered by the curfew and eerily deserted scenes were observed in Marseille, Lyon, Lille and Toulouse as well. The curfew runs until 6 a.m. daily.

France has seen over 33,300 confirmed deaths in the pandemic, the fourth-highest death toll in Europe.