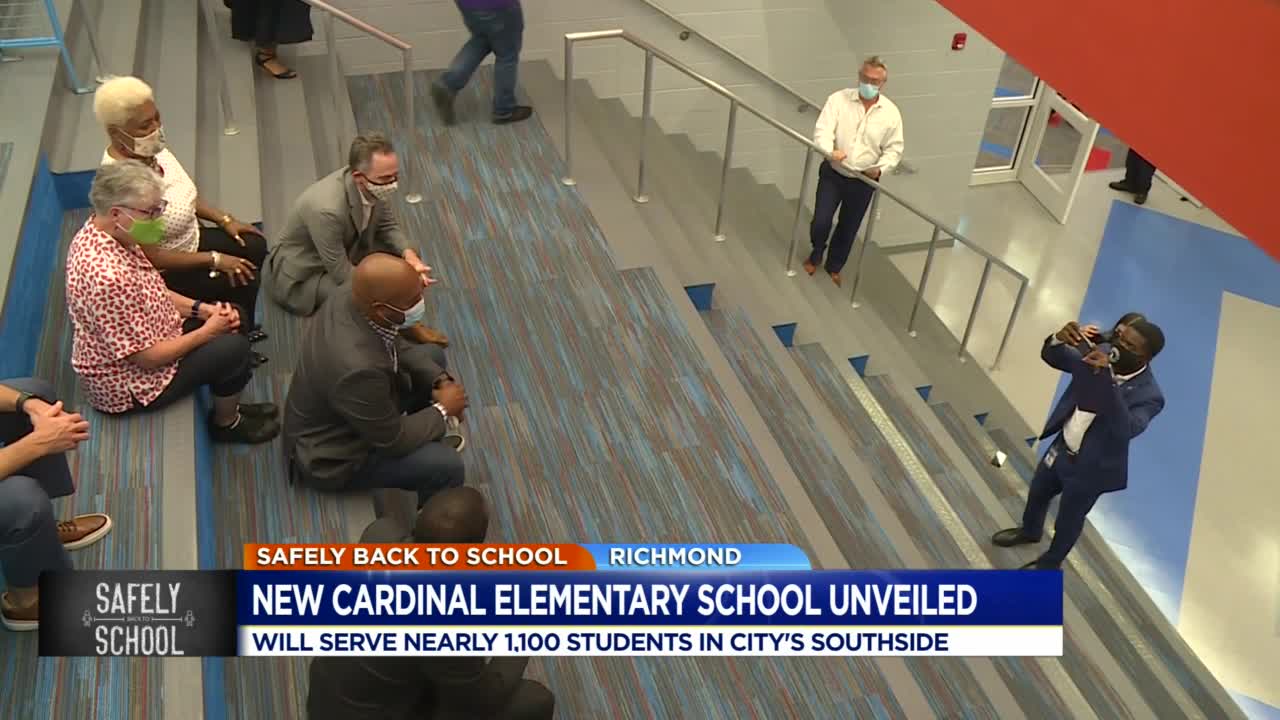 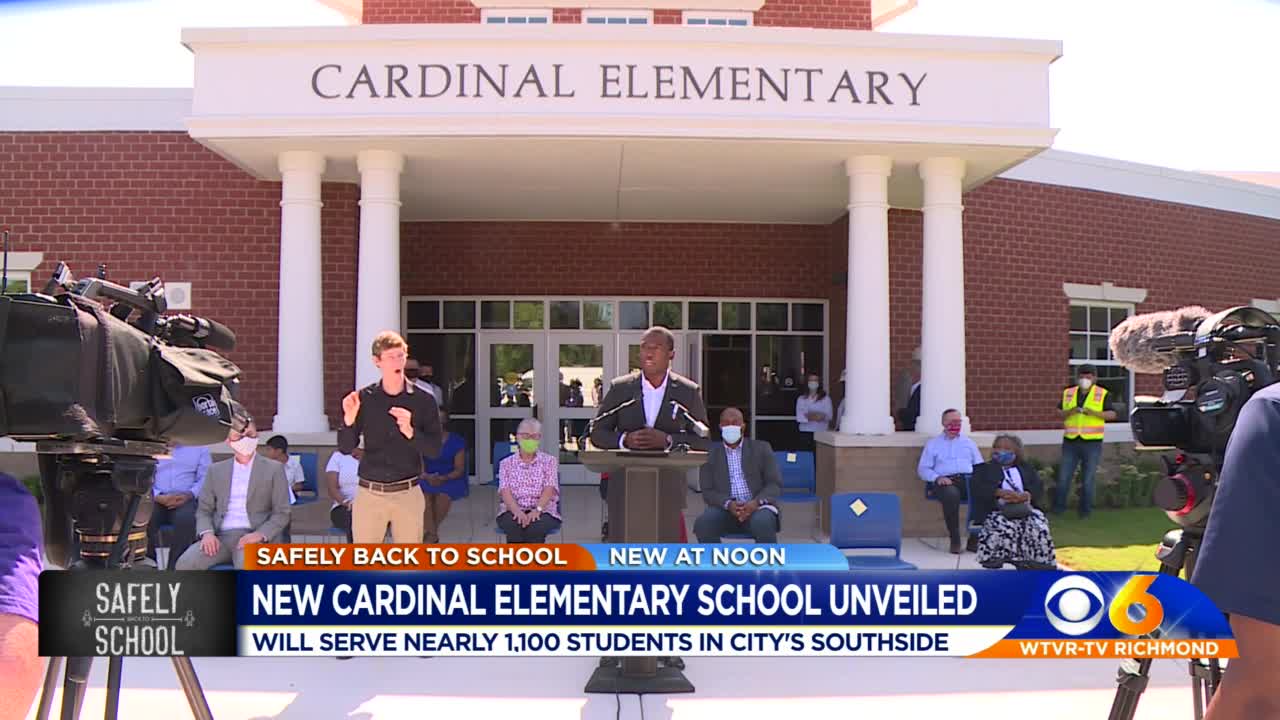 The two-story elementary school will hold up to 1,100 once students are allowed back into class.

The student population at Cardinal Elementary is a majority Spanish speaking.

"From the city's troubled past we inherited Monument Avenue, we inherited the formerly named J.E.B. Stuart Elementary school now Barack Obama Elementary School, we inherited Jefferson Davis Highway," the mayor said outside the new Richmond Public School. "We didn't get to choose those memorials and those monuments. But these three schools we chose, they are our monuments, monuments to an equitable future."

“This is a community investment,” Stoney said. “And it represents our shared belief that no matter their zip code, family income, race, religion, gender identity, ethnicity, first language or learning style, every single student in RPS deserves the same opportunity to learn in a healthy, safe environment.”

The city paid around $146 million for the three new schools, according to the mayor's office. Once they're opened, the schools can service approximately 3,250 students.

All three buildings are LEED certified.