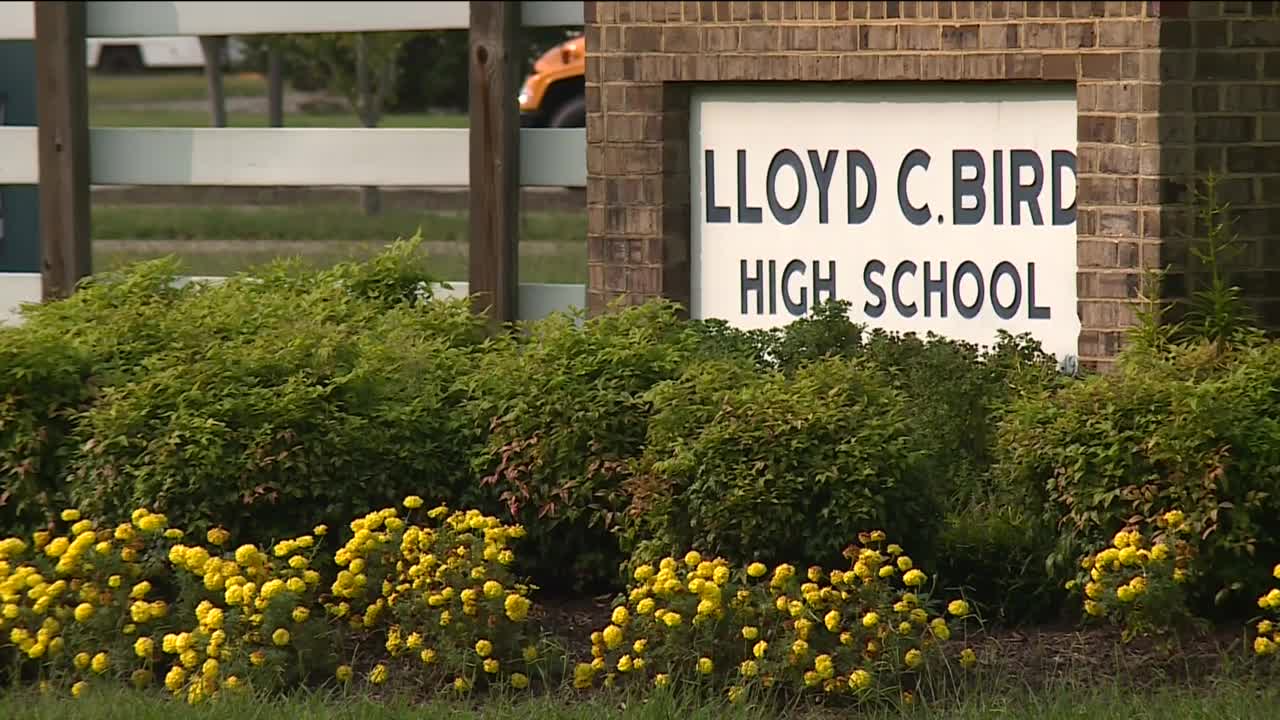 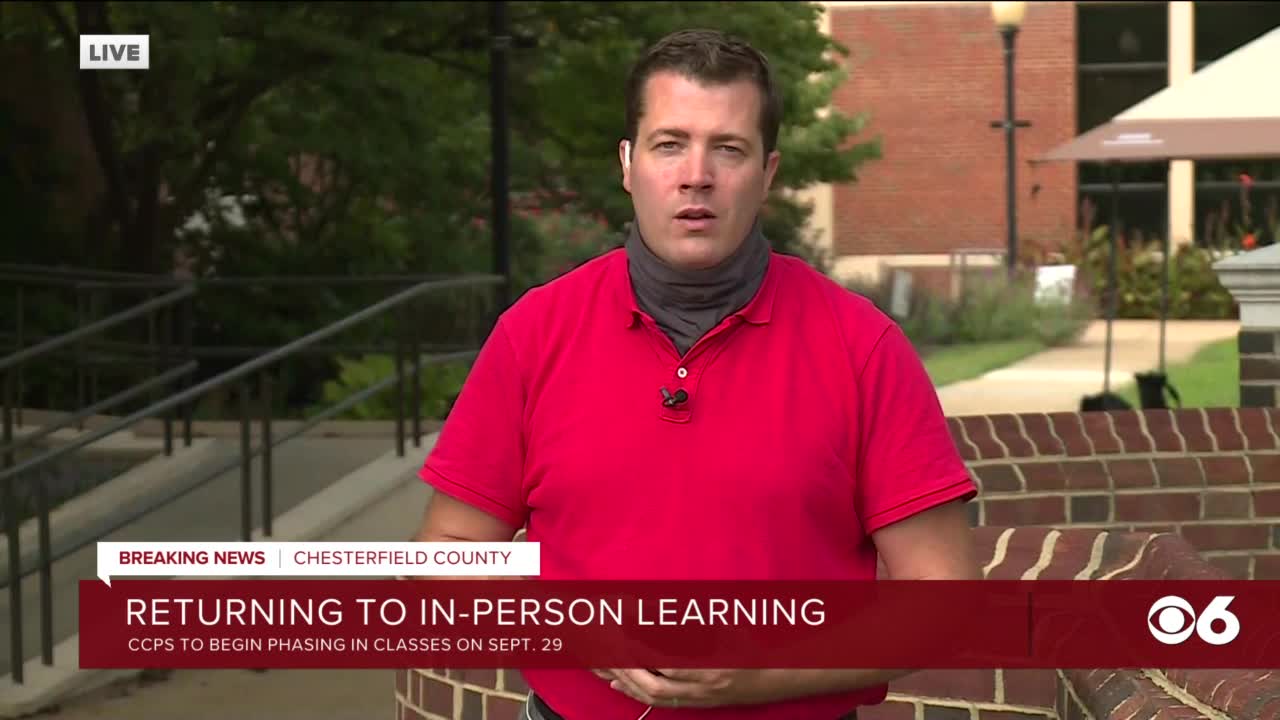 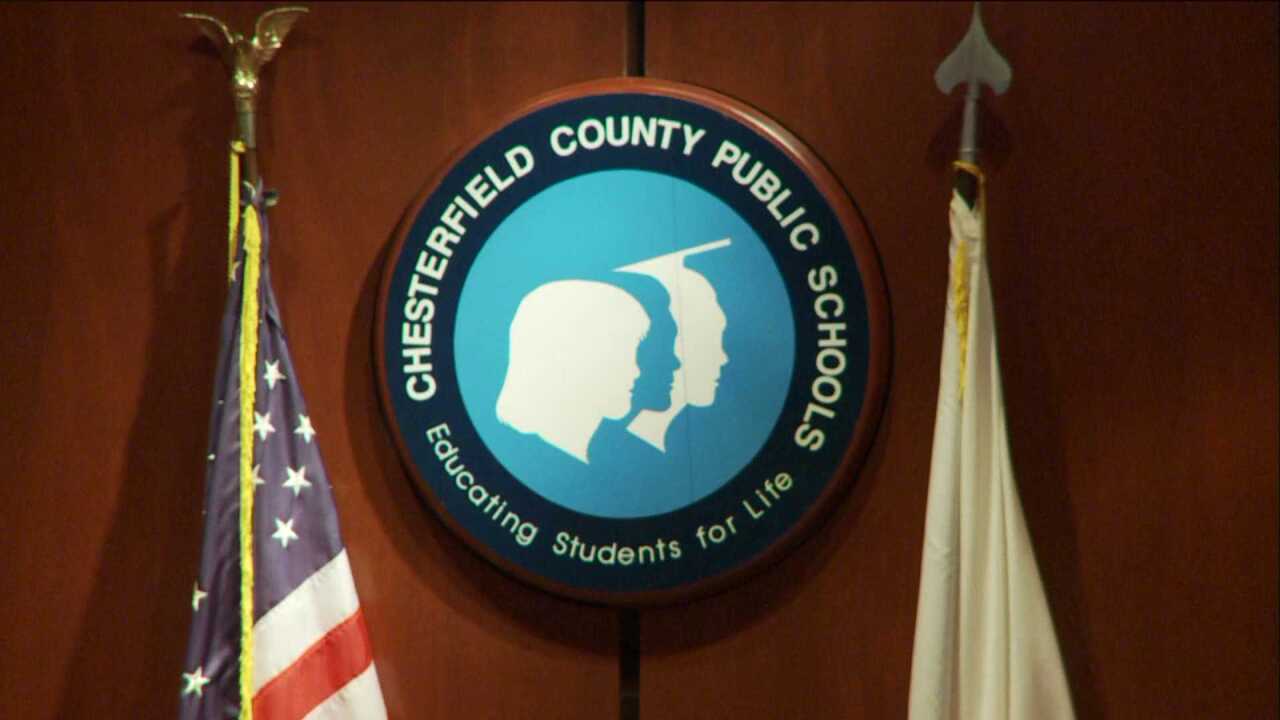 That means students will be phased back into school in cohorts.

Daugherty says the board’s health committee, which analyzes the data and makes recommendations to the board, is going to recommend starting cohort 1 of the reopening process on September 29.

The metrics needed to reopen in-person learning includes cases of COVID-19 per 100,000 in Chesterfield County, the percent-positivity in the Chesterfield Health District, and the hospitalization rates in Central Region.

The health committee says they made the decision based on an overall yellow internal data metric.

The committee says while some metrics increased slightly such as cases per 100,000 and percent positivity, they feel the county is performing better than the rest of the region and they felt comfortable reopening in phases.

Daugherty says the School Board doesn't have to vote on the recommendation as they have already agreed to follow the committee's recommendation.

"I’m excited. I think everybody is. You know, it’s a pandemic that nobody’s used to and everybody is working their way through it. But, I do think it’s a great opportunity have some students come back who are really excited about coming back,. And we do understand that there’s two sides," said Daugherty. "The side that would like my child to stay home and the side that would like my child to come back to school. So, we want to honor the parents and students in both areas."

Monday evening’s meeting was less contentious than the board’s July meeting when dozens of protestors shouted at each other outside, while parents lined up to address the school board inside.

Monday, only a few people addressed the board regarding the issue of reopening schools.

Going forward, the health committee will take a look at the data every two weeks and determine if the next cohort can begin some in-person instruction.

If there are no delays, the last cohort or group would begin face-to-face classes by early-to-mid-November.

The board will meet at 3 p.m. and will be briefed on “Project Restart”, the framework it approved at its August 11 meeting, that establishes the metrics that need to be met in order to begin.

Those metrics are cases of COVID-19 per 100,000 in Chesterfield County, the percent-positivity in the Chesterfield Health District, and the hospitalization rates in Central Region.

At the board’s August 25 meeting, those metrics had flipped. With case and percent-positivity in the yellow, but hospitalizations in the orange.

However, the health committee recommended not proceeding with the first phase of reopening because of a metric from the Virginia Department of Health stating there was “substantial community transmission” in the Central Region.

It added the regional COVID-19 data did not look as favorable as the local and the committee questioned whether the county was ahead or behind the regional curve. It said there concerns the Labor Day weekend could lead to an uptick in all of the metrics and wanted to wait until the September 14 meeting to see what, if any, the impacts were.