Understanding systemic racism and its impacts: 'It’s something that holds you down' 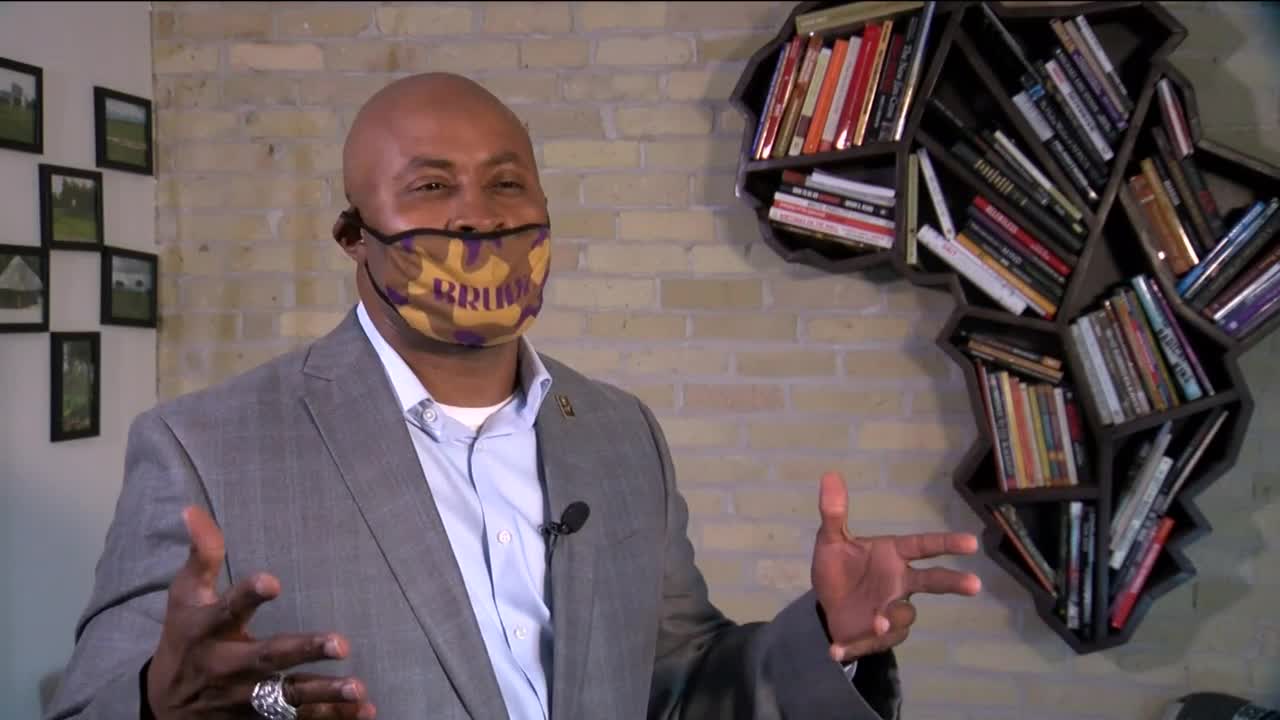 The focus of many protests going on around the country are centered around a number of topics. While each topic is distinct, with its own intricacies, they generally all fall under the same umbrella of systemic racism. The focus of many protests going on around the country is centered around a number of topics. Social Injustice, police brutality, and, more specifically, victims of these, like George Floyd. While each topic is distinct, with its own intricacies, they generally all fall under the same umbrella of systemic racism.

But what does that mean exactly?

“I think of systems in play that keeps you from being great specifically because of your race,” R. Kweku Smith, a licensed psychologist said. “It’s something that holds you down in a way that appears to be invisible but has very visible results.”

“It’s acknowledging the ways in which we have looked at race as part of the institutions that make up our lives,” Monique Liston, Chief Strategist at Ubuntu Research and Evaluation said. “There is no such thing as a race-neutral situation because race is so deeply embedded in what it means to live, to work, and to play. That’s what systemic racism is.”

Liston has her Ph.D. in urban education. She says, as a Black woman, she experiences the effects of systemic racism regularly when people discount her expertise in the education field.

“I say something about education and I have a Ph.D. in it and people will be like, I don’t think so,” Liston said of how people question her. “There is presumed incompetence, a presumed questioning. That assumption you don’t quite know what you’re talking about.”

As a psychologist, R. Kweku Smith looks at the impact experiences, like the one Liston described, can impact the psyche of African Americans.

“It weighs extremely heavy,” Smith said. “Part of that racial socialization, part of that talk is a speech that you have [growing up], that you have to be twice as good to get half as far. As a child, imagine the ramifications on your mind and thinking, you hear America is a place for the great, for the free, equal opportunity for all. It’s the contradiction living within it. To be in a place that’s most beautiful, the riches, all of the great things that come with America. Yet, the juxtaposition with all the ugliness that comes in, specifically the people who look [like me], it’s a hard thing to swallow.”

Smith says there are examples of systemic racism in almost everything.

“When you look at stillbirths, low birth rates, look at detentions and suspensions and special education,” Smith said. “Lower employment, underemployment, prison placement, early deaths. We rank high on all of those. Why is that? It’s systemic racism.”

Both Liston and Smith acknowledge some people don’t believe systemic racism exists, despite pointing out the areas where African Americans are impacted disproportionately. They say, because white people don’t physically experience any of these issues on a wide scale, it’s hard to believe it’s true.

“If it’s this invisible issue, you don’t have to deal with it,” Smith said. “It doesn’t seem real.”

“It’s easy to acknowledge something doesn’t exist when it doesn’t affect you,” Liston said. “It’s denying air exists when I don’t see it. It’s like, OK. True. But, when I go through the science of why you’re breathing, air does exist. The same thing applies to systemic racism. The reason you’re not impacted by it is that it exists.”

While Smith’s examples were some big picture issues facing people of color in health, education, and the prison system, Liston gave examples that are more personal and not as complex but still cause challenges.

“People being judged by names on job applications,” Liston said. “A name similar to mine, Monique, might be something where, oh we can’t hire her. She’s not someone we’re looking for. Another one is addresses. When you have addresses on job applications, we don’t want someone represented from that neighborhood. It comes into inherently believing I’m incompetent because I'm Black.”

Even daily tasks for women like Liston are impacted by systemic racism.

“Is it easy for me to buy stuff for my hair at the store?” Liston said. “No. Is it easy for me to buy the makeup I want? Absolutely. If I needed something special for my hair, I had to go someplace else other than where my friends were going. It’s like the world is set up for me to be used to, not being catered to. That’s the difference. The world doesn’t cater to me and I’m used to it. The world caters to white folks and they’re used to that.”

In order to better understand what systemic racism feels like, Liston gave the example of swimming.

“Tell me about one of your experiences going swimming,” Liston said. “Then, someone says, no you didn’t. That’s not how it felt. That’s not what you experienced.”

Liston says, that process repeats itself over and over for people of color. It can take a toll on them mentally, leaving to them feeling their experiences, opinions and really, their existence, doesn’t matter.

Even though she joked around about how ridiculous some of her examples are, Liston says it causes a tremendous amount of pain for her. Humor is a coping mechanism for her but it shouldn’t be taken as a reason to further discount her experience as a Black woman.

“It’s hard for white folks to reconcile that, amidst an anti-Black world, I can experience joy,” Liston said. “It’s hard to believe. Folks won’t take my story as seriously. [They’ll say], it can’t be that bad. You’re smiling. You’re happy. You’re enjoying life. It’s like, no. If I didn’t, the world would kill me.”

It’s why she and Smith are so motivated to try and tear down systemic racism and make the world a more equitable place. Despite their own success, they feel an obligation to break down barriers they faced along the way to achieve that equity.

“What you don’t recognize is the level of tenacity, resilience, perseverance to obstacles we have had to go through to be able to get to this point,” Smith said. “What would be the case if everyone had a truly level playing field? When you see systemic racism as a Black person who made it, you see all of your friends and families, who are just as talented as you, but maybe not as lucky to get a second or third chance. Or, maybe one of those obstacles got them in a way it didn’t get you.”

In order to eliminate systemic racism and the problems it causes, Liston and Smith both just ask for empathy. To understand the white view of the world isn’t the view of every person in the world and the disadvantages they have faced are very real.

“We have different ways oppression affects our lives,” Liston said. “In particular, talking to women, they can articulate what it’s like being in a male-dominated society. Let’s put race on top of that. Being able-ist. People with two arms and legs and can move about are living in a different world than folks who don’t have that. Including mental ability too. Being able to be in a space where that is questioned and adding the race question on top of that usually is the ah-ha moment for people. If it’s true here, it must be true in this circumstance as well.”

In order to help, Liston suggests white people have more empathy and most importantly, believe their experiences.

"Follow and trust people of color, specifically Black women, when they tell you what the situation is," Liston said. "Trust it, read on it, and believe it. Then apply it to your own life. Second, unlearning and understanding what whiteness is. White folks don't do that. They want to learn about all of these culturally responsible things. Really, it's an opportunity for white folks to understand whiteness. If white people understand whiteness, the systemic racism issue can really be addressed quickly. Whiteness shapes the world we live in. Everything from the clothes we wear to what's popular on television or who is promoted at work, what names are popular this year. How the media even tells stories. Understand how whiteness was created, who was allowed to be white and how whiteness permeates society is really a great exercise for white folks to go through."

This story was first reported by Shaun Gallagher at TMJ4 in Milwaukee, Wisconsin.