4 men charged in attack on Jackson statue near White House 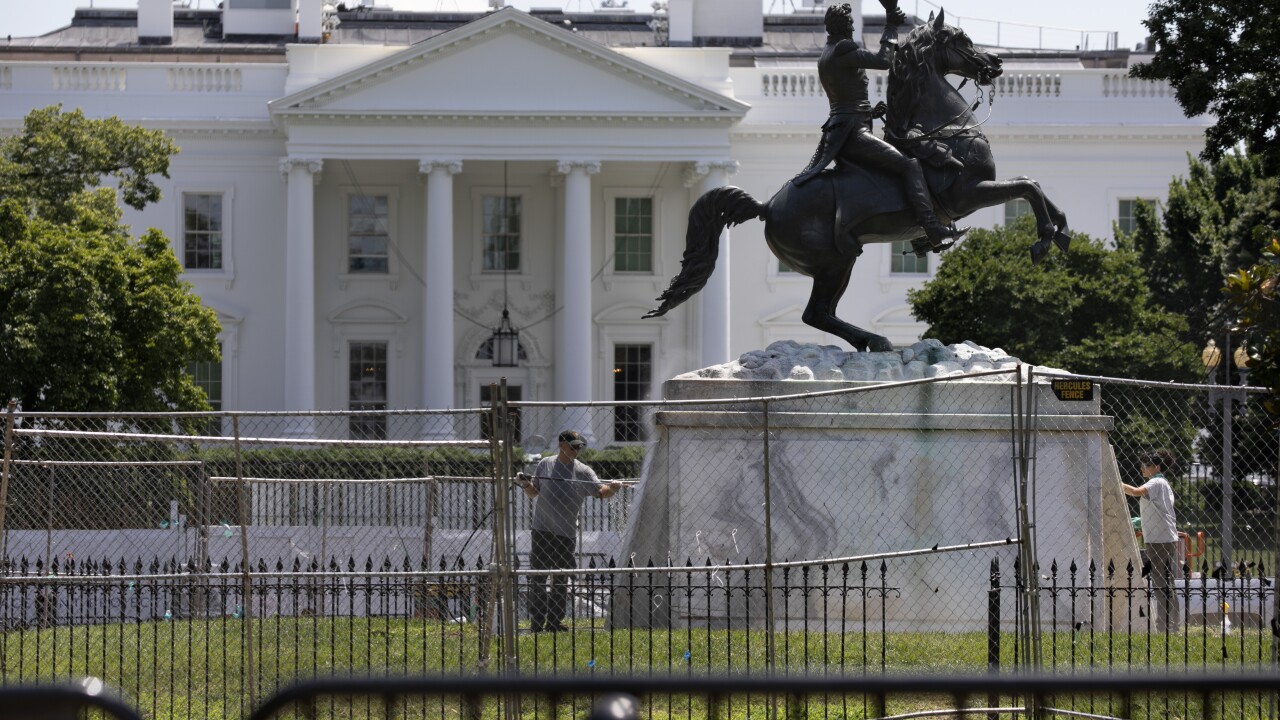 Jacquelyn Martin/AP
The base of the statue of former president Andrew Jackson is power washed inside a newly closed Lafayette Park, Wednesday, June 24, 2020, in Washington, which has been the site of protests over the death of George Floyd, a black man who was in police custody in Minneapolis. Floyd died after being restrained by Minneapolis police officers. (AP Photo/Jacquelyn Martin)

WASHINGTON -- Federal authorities have charged four men in connection with a failed effort last week to pull down the statue of President Andrew Jackson near the White House.

In a complaint unsealed Saturday, authorities allege that the men damaged and attempted to tear down the Jackson statue, which is located in Lafayette Square, last Monday.

The square has been the site of protests in the aftermath of George Floyd’s death while in police custody in Minneapolis.

Authorities say one of the men, 20-year-old Connor Matthew Judd of Washington, D.C., appeared Saturday in Superior Court of the District of Columbia.