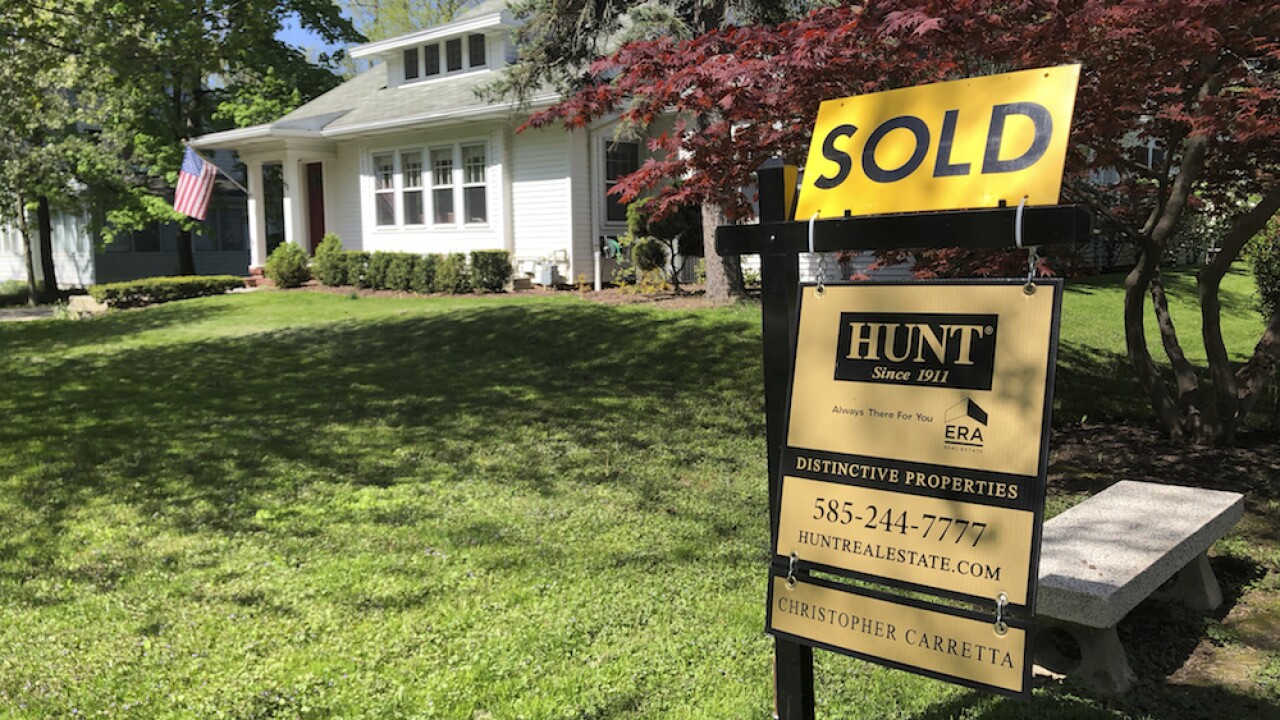 Copyright 2020 The Associated Press. All rights reserved.
Ted Shaffrey/AP
A sold sign sits in front of a house in Brighton, New York, on Friday, May 22, 2020. (AP Photo/Ted Shaffrey)

Mortgage rates are likely to set record lows in August for the third month in a row.

The 30-year fixed-rate mortgage averaged 3.18% APR in July, a record low in NerdWallet’s mortgage rate survey. The average rate tumbled 15 basis points compared with June, which at the time had the record low monthly average.

The recession has caused rates to fall

Mortgage rates fall when the economy stalls. And the economy has been sputtering for months as the COVID-19 pandemic sent millions of people to the ranks of the unemployed.

The U.S. economy shrank at a 32.9% annual rate from April through June, the Commerce Department reported July 30. The slowdown happened because businesses, state and local governments, and consumers cut their spending. Consumers cut way back on clothing and footwear purchases, among other items.

» MORE: How mortgage rates are determined

Good news for refinancers, hard times for others

The COVID-19 pandemic has helped some homeowners while injuring others, and it may harm many renters as well.

Among the beneficiaries are homeowners with high credit scores who haven’t suffered interruptions in income. They have met the qualifications to refinance their mortgages at record-low interest rates.

Home sellers have thrived in many housing markets, as home prices have risen despite surging unemployment, an unusual combination. Home resale prices were up 3.5% in June, compared with a year before, according to the National Association of Realtors. One reason for the increase in prices: Fewer homes were for sale because of social distancing. The reduced supply of for-sale houses led to increased competition among buyers, pushing prices upward.

Homeowners must catch up on missed payments

But the COVID-19 recession may end up harming more homeowners than it helps.

In late July, 3.9 million homeowners were using mortgage relief plans that allow borrowers to miss payments or make partial payments if they have been affected by COVID-19, according to the Mortgage Bankers Association. Eventually, those homeowners will be expected to catch up on their missed payments. Some homeowners’ incomes were permanently reduced. They may find it difficult to make good on their past-due payments.

Renters could be out in the cold

Renters could end up suffering the most. According to the U.S. Census Bureau’s Household Pulse Survey, 18% of renters, or 13.3 million households, didn’t pay their full rent in June. And in mid-July, one-third of renters surveyed, representing 23.8 million households, told the bureau that they had no confidence or slight confidence that they would make their next rent payment.

Congress, along with state and local governments, imposed limits on evictions early in the pandemic, but some of those protections have expired. On top of that, $600 extra weekly unemployment insurance payments were set to expire at the end of July, and as the clock ticked down to the August recess, Congress was still negotiating an extension.

Even with tenant protections in place, about 4% of renters have received an eviction notice or have been threatened with eviction since March, according to data from the Urban Institute’s Coronavirus Tracking Survey.

If it’s not swamped with similar requests, the local legal aid service might be able to step in and help negotiate a deal with the landlord.
» MORE: What COVID-19 means for mortgage rates