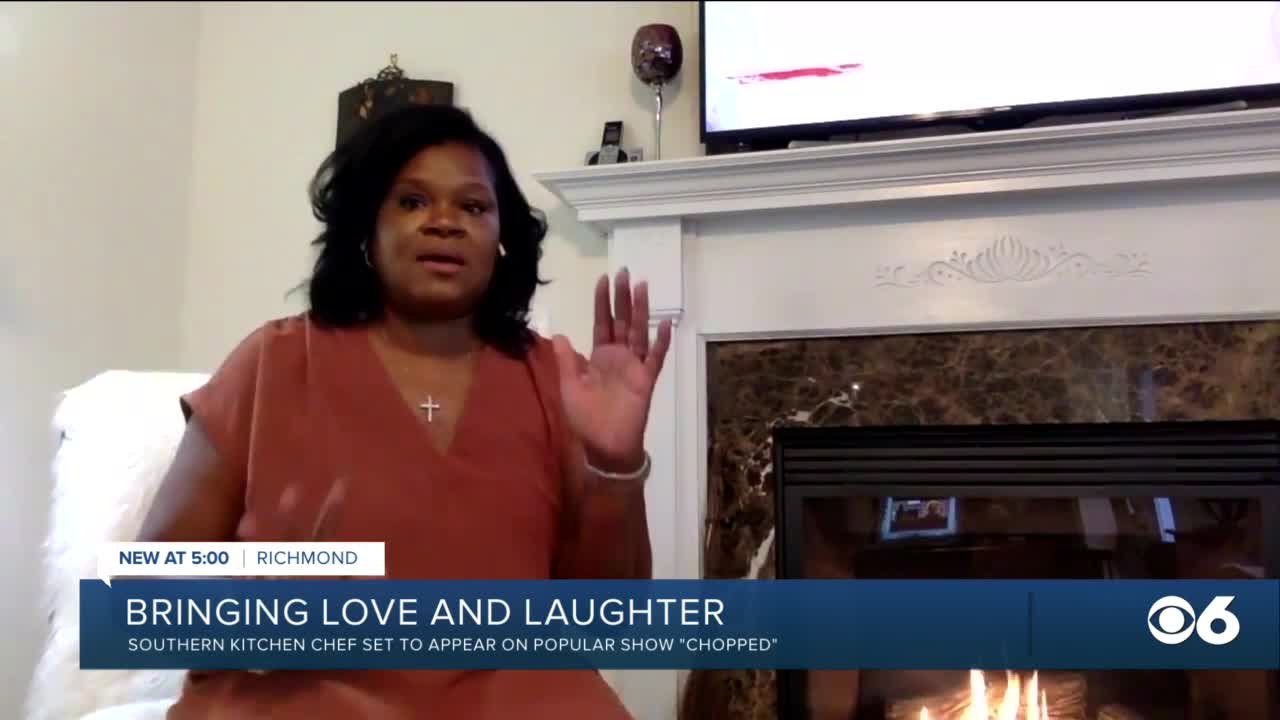 Shane Roberts-Thomas, chef/owner of Southern Kitchen in Jackson Ward, appears on the newest episode of "Chopped." A kitchen experience unlike any the restaurateur has felt before.

RICHMOND, Va. -- A lot has happened to Shane Roberts-Thomas over the last 12 months.

After Ramsay featured Southern Kitchen on his show "24 Hours to Hell and Back," business, according to Roberts-Thomas, shot through the roof.

The Ramsay show aired in February 2020.

The chef/owner appears on the newest episode of "Chopped."

A kitchen experience unlike any the restaurateur has felt before.

"If you put me in a pressure cooker and you turn it dial real hard. And you turned it all the way up. That wouldn't even be able to tell you the pressure I was under for that time period. I mean, it was like, somebody placed you in something that's unreal," Roberts-Thomas said about the episode which was recorded in New York City last December. "The adrenaline was rushing from beginning to end like I never got used to it."

Roberts-Thomas, who said she is a huge Food Network fan and never missed a show, said she was shocked when she opened her basket of secret ingredients.

"What was in that basket was not the right thing to give anybody," Roberts-Thomas, who is not allowed to give specifics until the show airs, said. "This wasn't chicken. There was no chicken involved."