Richmond restaurant goes to Hell and Back with Gordon Ramsay 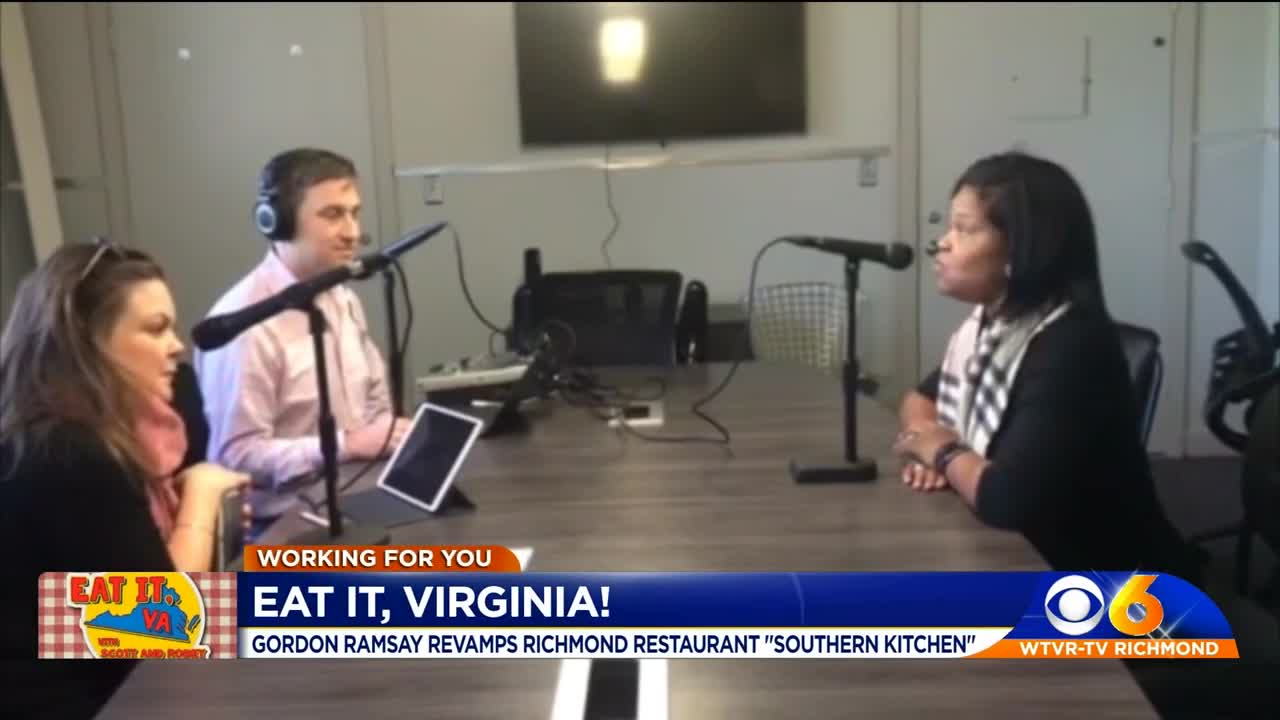 Shane Roberts-Thomas is a Tasmanian devil. At least that's what she told a worldwide television audience when her Richmond restaurant Southern Kitchen was featured in "Gordon Ramsay's 24 Hours to Hell and Back."

RICHMOND, Va. -- Shane Roberts-Thomas is a Tasmanian devil. At least that's what she told a worldwide television audience when her Richmond restaurant Southern Kitchen was featured in "Gordon Ramsay's 24 Hours to Hell and Back."

The show, which travels the country helping restaurants improve their business, was filmed in October 2019 and debuted on television in February 2020.

Roberts-Thomas sat down with Eat It, Virginia! co-hosts Scott Wise and Robey Martin to break down Gordon Ramsay's surprise visit to Richmond and discussed the life decisions she made that led her to open a restaurant.

The Gordon Ramsay experience started with a phone call.

"[The producers called] and they didn't say was Gordon Ramsay. They said it was [a show called 'Famous Kitchens,'" Roberts-Thomas recalled. "[They said] they were just calling because they had heard about me. And they do a lot of analytics and they wanted to feature me on a new show and that 'the expert' is looking at you. I said, 'Who is the expert?' They said, 'We can't tell you.'"This expert we can tell you.'"

She signed the papers and allowed the producers to set-up cameras and microphones in her new Jackson Ward restaurant to collect the content they needed to make the show.

Weeks passed, until one day a disguised guest arrived in the dining room.

"You see [Gordon] go, 'Shane,'" she said. "The record scratched, the bombs dropped, the wind started blowing, you were like -- it's a hurricane!"

A what a storm it was -- and has been -- for Roberts-Thomas and her family. Get the full story on Eat It, Virginia! with Scott and Robey.