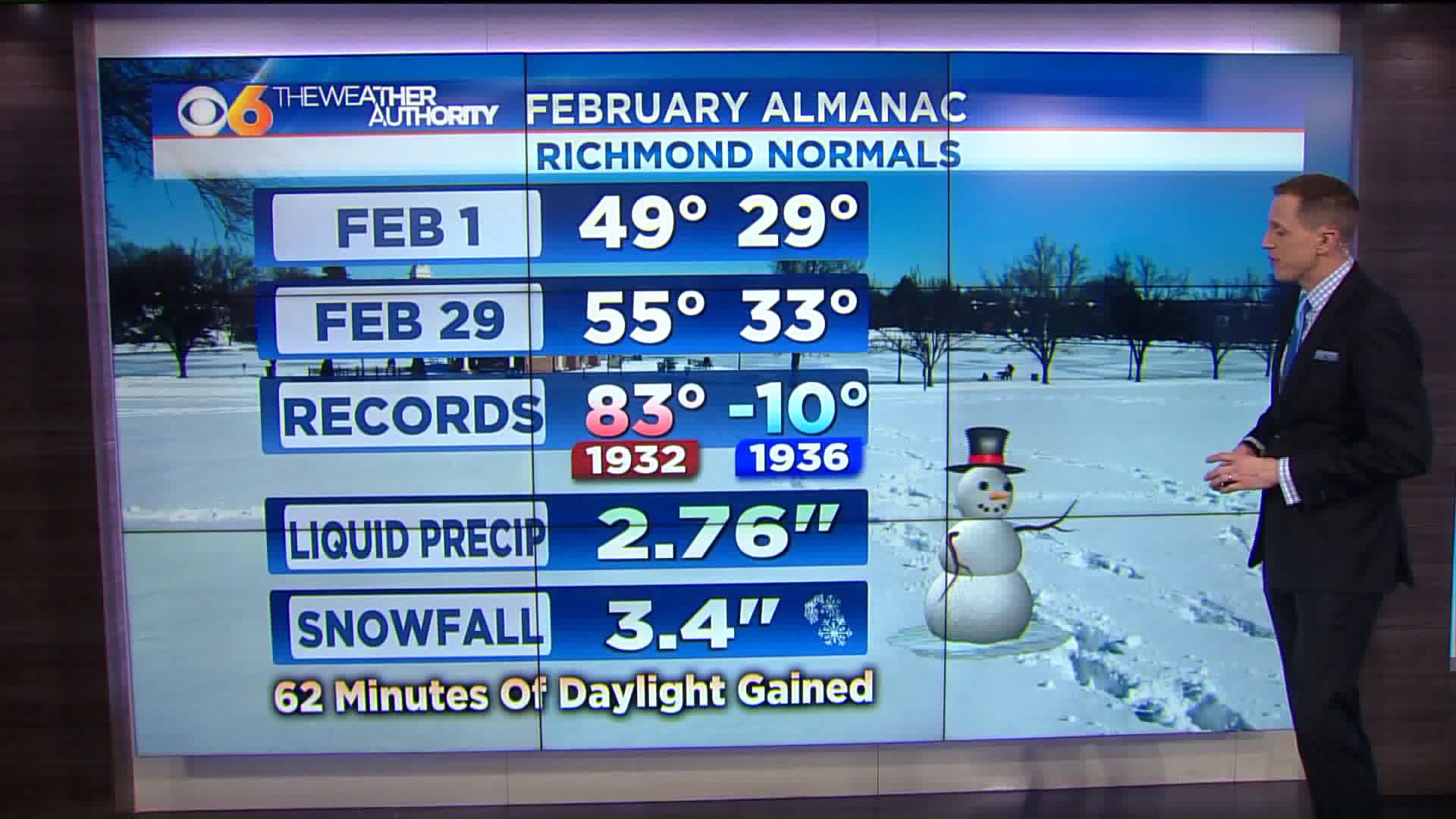 It will be warm for February`s first week 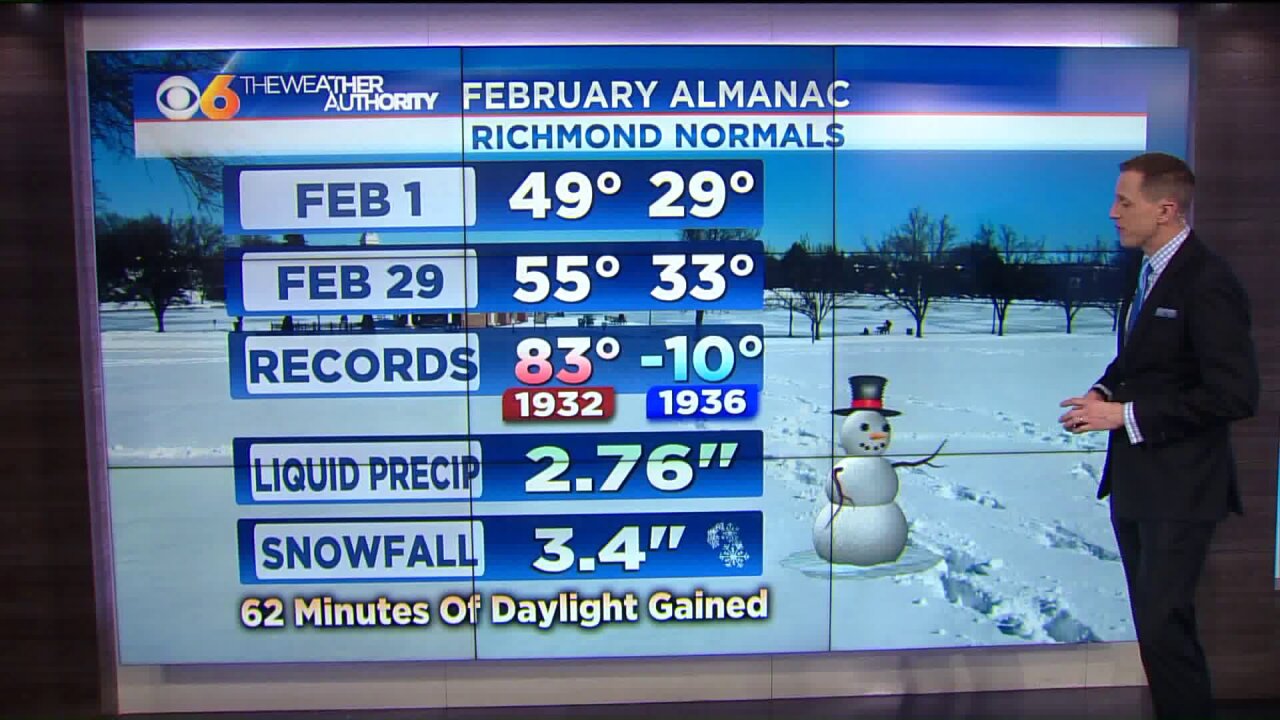 RICHMOND, Va. -- It has been a very mild winter so far.  December was 3.0° above normal, and January finished 5.3° above normal.

February is expected to finish with above normal temperatures as well.  While there will still be some cold weather, there are no major signs of any arctic outbreaks through mid-month.  Temperatures for most of February's first week will be well above normal, and this will counter-balance any frigid weather late in the month.

In a typical February, our normal high jumps into the 50s, and our normal low cracks above freezing by month's end.

Normal liquid precipitation, which includes rain and any melted snow and ice, is under three inches.

The snowfall of 3.5" is based on a 30-year average.  Since records began in 1897, the month has had many years that were snow-free.  The top 10 snowiest include snowfall totals ranging from 12 to over 20 inches.

Our days get a lot longer, with over an hour of additional daylight between the 1st and 29th.