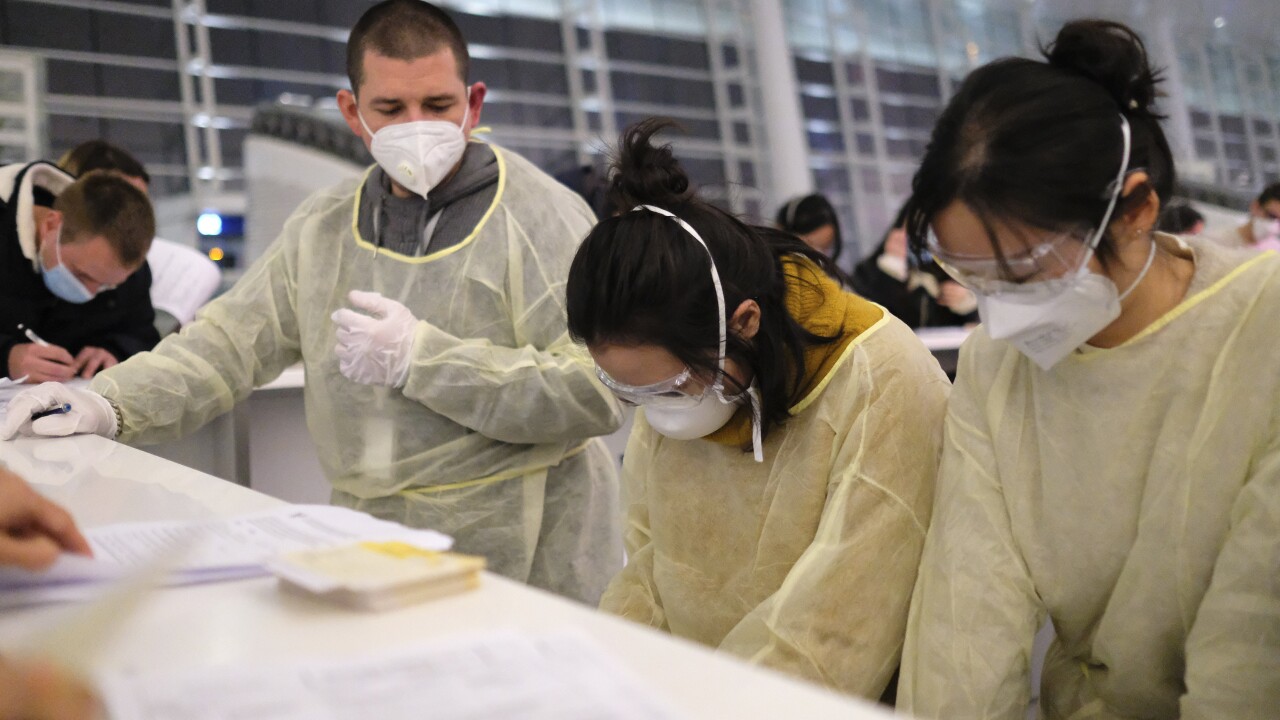 People wear face masks as they fill out immigration paperwork at Wuhan Tianhe International Airport as they prepare to board an evacuation flight for EU nationals in Wuhan in central China’s Hubei Province, late Saturday, Feb. 1, 2020. China’s death toll from a new virus has increased to 304 with more than 14,000 cases, amid warnings from the World Health Organization that other countries need to be prepared in the event the disease spreads among their populations. (AP Photo/Arek Rataj)

BEIJING — China’s death toll from a new virus has increased to 304 amid warnings from the World Health Organization that other countries need to prepare in the event the disease spreads among their populations.

The official news agency reported six officials in the city of Huanggang, neighboring the epicenter of Wuhan in Hubei province, have been fired over “poor performance” in handling the 2019 Novel Coronavirus outbreak.

It cited the mayor as saying the city’s capabilities to treat the patients remained inadequate and there is a severe shortage in medical supplies such as protective suits and medical masks.

Despite imposing drastic travel restrictions at home, China has chafed at those imposed by other governments.

Authorities extended the Lunar New Year holiday, due to end this week, well into February.

A World Health Organization official says countries around the world need to prepare for “domestic outbreak control” if a new virus that has killed 259 people in China spreads.

Meanwhile, Beijing is criticizing Washington’s order barring entry to most foreigners who visited China in the past two weeks.

Australia announced similar measures. South Korea, India, Sri Lanka, Bangladesh and Turkey all evacuated some of their citizens from China on Saturday. The number of confirmed cases in China rose to 11,791, surpassing the number in the 2002-03 outbreak of SARS.