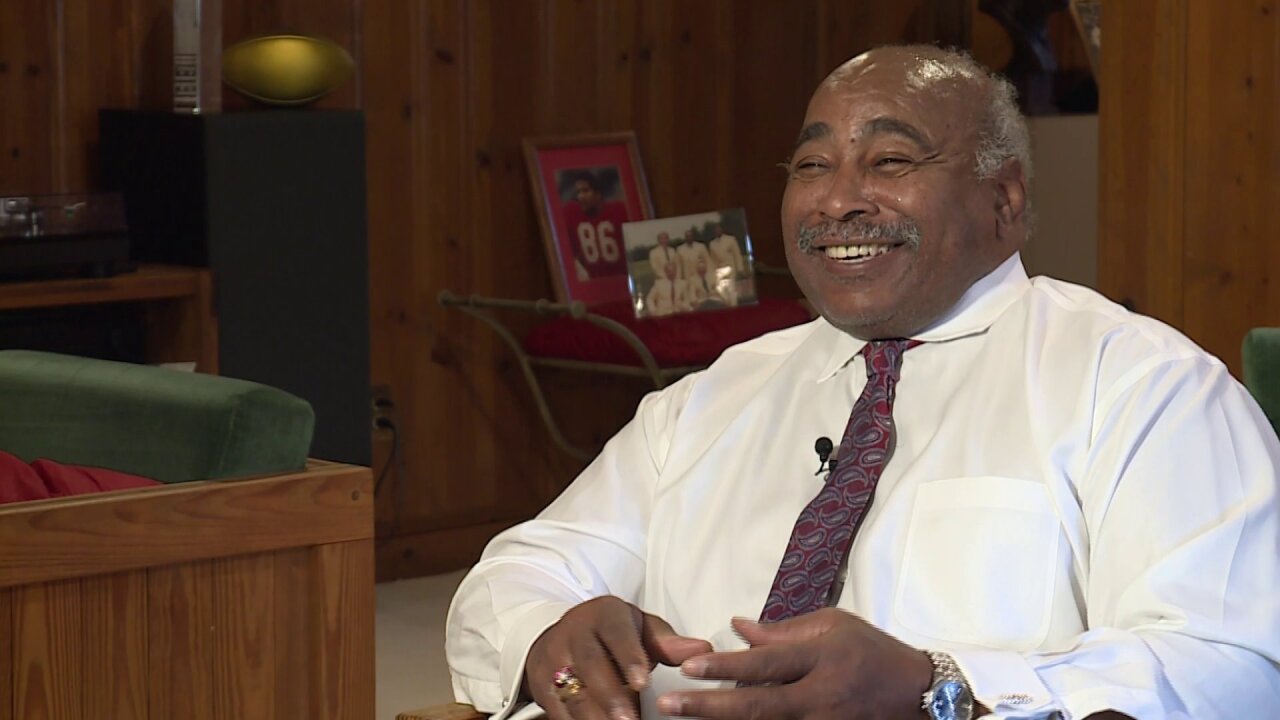 RICHMOND, Va. -- The Kansas City Chiefs are in the Super Bowl for the first time in 50 years. The last time the Chiefs played for the title, a young linebacker from Richmond named Willie Lanier anchored the Chiefs defense.

"That people have been married for 50 years. That's a wonderful thing, but then you think they must be old!" Lanier laughed. "Because, I mean, 50 years, when you go to your reunion in school, high school or college, 50 years is a significant number."

Fifty years ago, football fans were just getting used to the term "Super Bowl" to describe what had been called the AFL-NFL Championship.

The Chiefs went on the road to beat the New York Jets and Oakland Raiders before going to New Orleans where they defeated the Minnesota Vikings in Super Bowl IV. The game was not played at the Superdome, but rather in a not-quite-full Tulane Stadium. The hype surrounding that game was considerably less than we know today.

"With it being week after week after week, it was basically the same kind of regular season schedule, so you really didn't get caught up in this two week moment that they have now and all of the things that can go on," Lanier said. "It kept you focused on what was going to happen in the next five or six days."

When the Chiefs won, they didn't even get the Lombardi Trophy because it wasn't called that yet.

They did earn a significant bonus, at least in 1970s money.

"The winners' share was $15,000 and the losers' share was $7,500, and that could have been 50 percent of your total income for the year," Lanier said. "So there was a lot more desire to play well because it was a much larger percentage check."

Lanier had a Hall of Fame career and was named to the NFL's 75th and 100th Anniversary teams as one of the best to ever play the game.

He has kept close ties with the only franchise for which he ever played, and holds its founder -- the late Lamar Hunt and his family -- in very high esteem.

"He and his family were some of the most fair individuals. When you say equal opportunity, they lived it and breathed it," Lanier said."They didn't define people based on background, position, wealth. They treated, from my observation, everybody the same."

Thanks to consecutive comebacks in each of their playoff games this year, Lanier believes the 2020 Kansas City Cheifs are playing at the best level he's seen in many years. He also knows what a championship would mean to a franchise and a fan base that -- in his words -- have sat through a half century of maybes.

"You want the title of being the last one standing," he said. "Whatever the championship is in your division, league conference whatever it is, you want to feel the outcome that you had the best team for that particular moment."