Veteran frustrated after stolen classic car turns up at tow lot: ‘I called the police’ 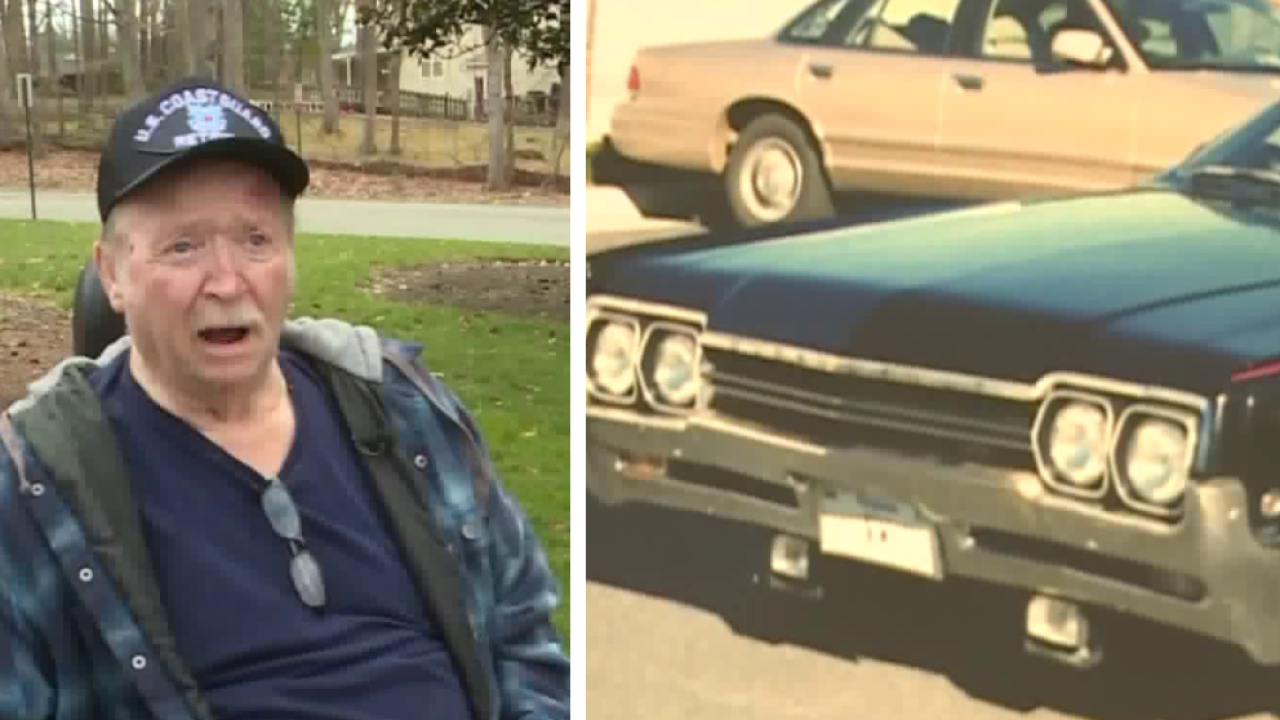 HENRICO COUNTY, Va. -- Sweet memories of Van White’s 1966 Oldsmobile Cutlass are too many to count. The thought of the fun times he had through the years with his convertible brings a smile to his face.

“My wife used to kid me and say that you look out for that car more than you do me. I said mama, I’ve had that car longer than I’ve had you,” White chuckled.

But these days thinking of his classic car brings him down. He said the vehicle was stolen from a side street near the home he lived in for forty-seven years while parked on Colefield Road near Sawmill Road in Henrico’s West End. And for more than a year, he’s been trying to get the car back.

The 77-year-old veteran who spent four years in the U.S. Coast Guard said the car means the world to him.

“It was a convertible. and high performance car with stereo and AC. It was a great car and I had to have it,” White said.

In July of 2018 White got a letter from DMV telling him that someone was trying to get the title for his car. He said he told the DMV rep the car was stolen and that police tracked it down in Goochland. That’s where it it was towed by Glen Allen Towing to their lot. White said that being a victim, he doesn’t believe he should have to pay the $900 to recover his car.

White contacted the CBS 6 Problem Solvers, who looked into a state code that aims to cover victims like him.

The state code 46.2-1209 says an owner whose car is stolen or illegally used, shall be relieved of paying any costs charged by the towing operator or storage facility if it’s picked up within a certain time.

CBS 6 Legal Analyst Todd Stone said that time period is 5 days, but the car owner must be given written notice (certified mail) that the car has been recovered.

Once the owner goes beyond the five day window, there is still an opportunity for him/her to pay any recovery fees and then get reimbursed by the state treasury.

White acknowledges that a lot of time has passed, but he said he is still hoping and praying for a break in his case.

CBS 6 News reached out to DMV, Henrico Police and Glen Allen Towing to see if there is anyone who may be able to help Mr. White. We will continue to follow this story and will keep you updated on the latest developments.