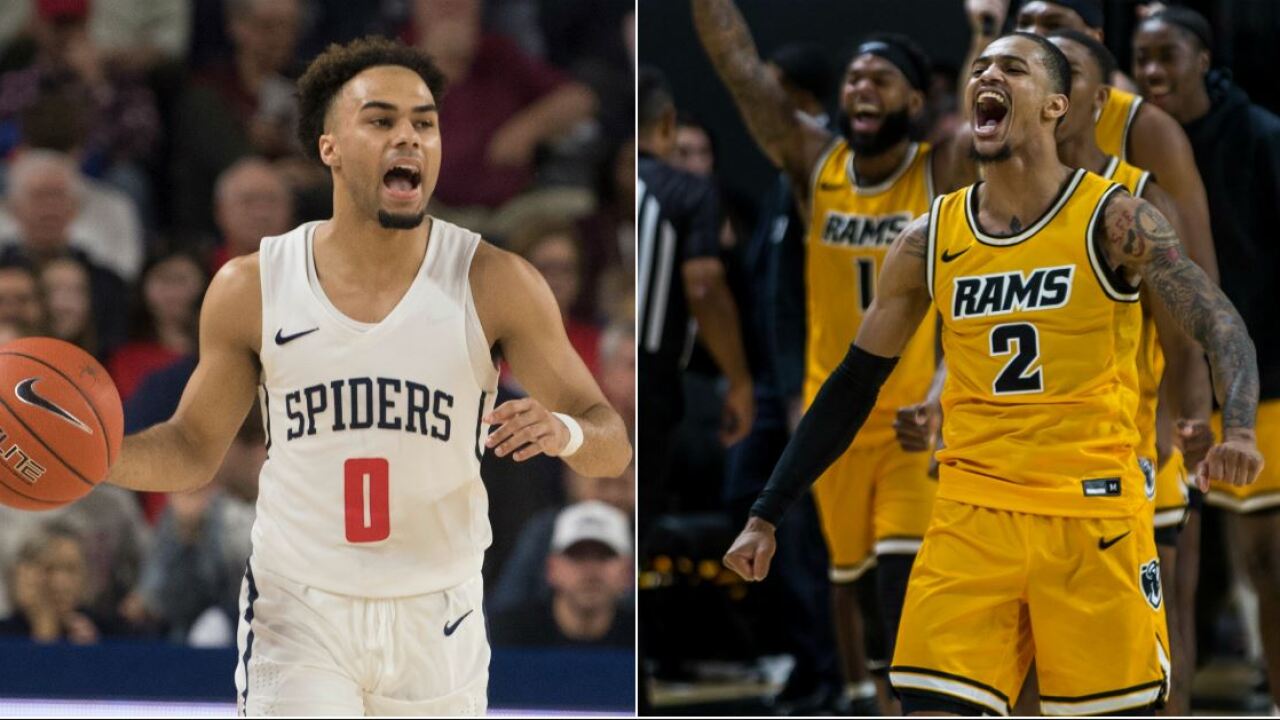 RICHMOND, Va. — The University of Richmond Spiders and VCU Rams men’s basketball teams play Tuesday night in Richmond. Both teams come into the game with identical 15-5 overall records and 5-2 conference records. Tuesday’s game tips at 7 p.m. at the Siegel Center.

BOTTOM LINE: VCU hosts Richmond in an A10 matchup. Both teams last played on Saturday. VCU beat La Salle by 11 points on the road, while Richmond came up short in an 87-79 game at home to Dayton.

SUPER SENIORS: Richmond’s Nick Sherod, Grant Golden, and Blake Francis have collectively scored 51 percent of all Spiders points this season, though that figure has dropped to 42 percent over the last five games.

CREATING OFFENSE: Jacob Gilyard has either made or assisted on 40 percent of all Richmond field goals over the last three games. Gilyard has 17 field goals and 17 assists in those games.

PASSING FOR POINTS: The Rams have recently gotten buckets via assists more often than the Spiders. VCU has an assist on 49 of 86 field goals (57 percent) across its previous three matchups while Richmond has assists on 41 of 84 field goals (48.8 percent) during its past three games.

STINGY DEFENSE: VCU has forced opponents into committing turnovers on 25.8 percent of all possessions this year, the ninth-highest rate among all Division I teams.