CHESTERFIELD COUNTY, Va. -- Many neighbors who live along Providence Creek Road in Chesterfield are at a loss for words after a man was found shot to death inside a vehicle.

"Everybody is just a little shaken up. We just can't believe it happened in our neighborhood," said a neighbor, who asked to remain anonymous.

The neighbor says she awoke to a crime scene Tuesday morning.

"Our neighbor called us this morning and said, ‘you don't see what's happening outside?’ I ran to the window and the whole street was blocked off," said the neighbor.

A neighbor’s surveillance video captured a person running down the street around 4:07 Tuesday Morning. Three minutes later, a car to the left of the frame began to roll.

"Then we saw the car move along slowly, hit our mailbox and then veer a little to the left and hit this car across the street," said the neighbor.

Chesterfield Police were called to the 2900 block of Providence Creek Road around 6:40 a.m. Tuesday. The initial call was to investigate a vehicle crash.

When police arrived at the scene, they discovered the driver of a vehicle suffering from a gunshot wound. The man, identified as Franklin L. Farrens, 79, of the Chesterfield, was pronounced dead at the scene.

Police say the vehicle that Farrens was driving rolled to a stop when it hit a parked car.

"I think it's crazy, I think it's absolutely insane. This street is quiet, there’s never any incidents like this, ever," said the neighbor.

"First it was crazy, cause you think this doesn't happen in our neighborhood, things like this," said another neighbor. 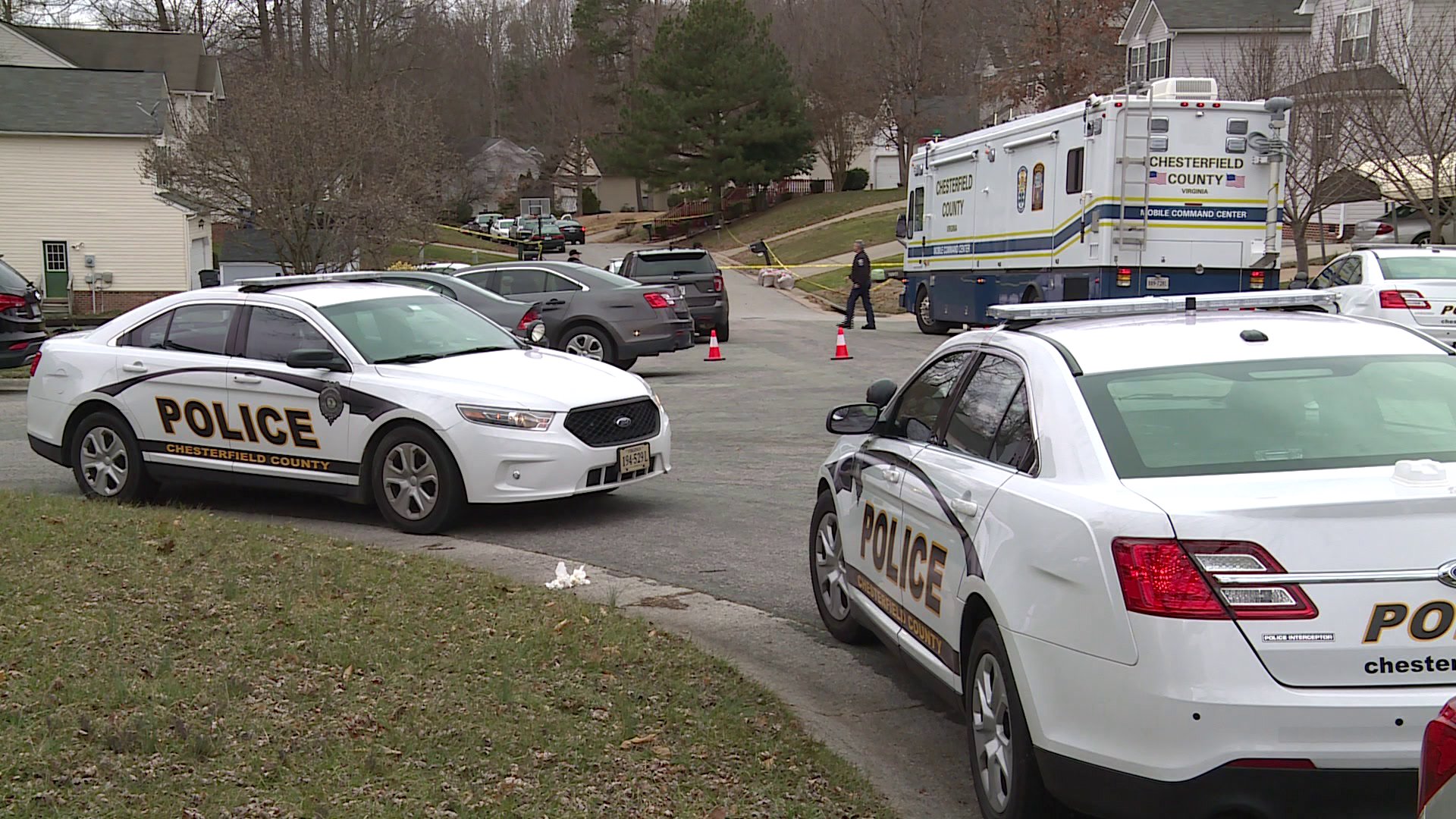 While officers and forensics searched for clues, neighbors are concerned but also thinking about the victim.

"Prayers and thoughts go out to the family of whoever is involved," said a neighbor.

The case was initially labeled as a death investigation. The shooting is now being investigated as a homicide. Police continue to investigate this incident.