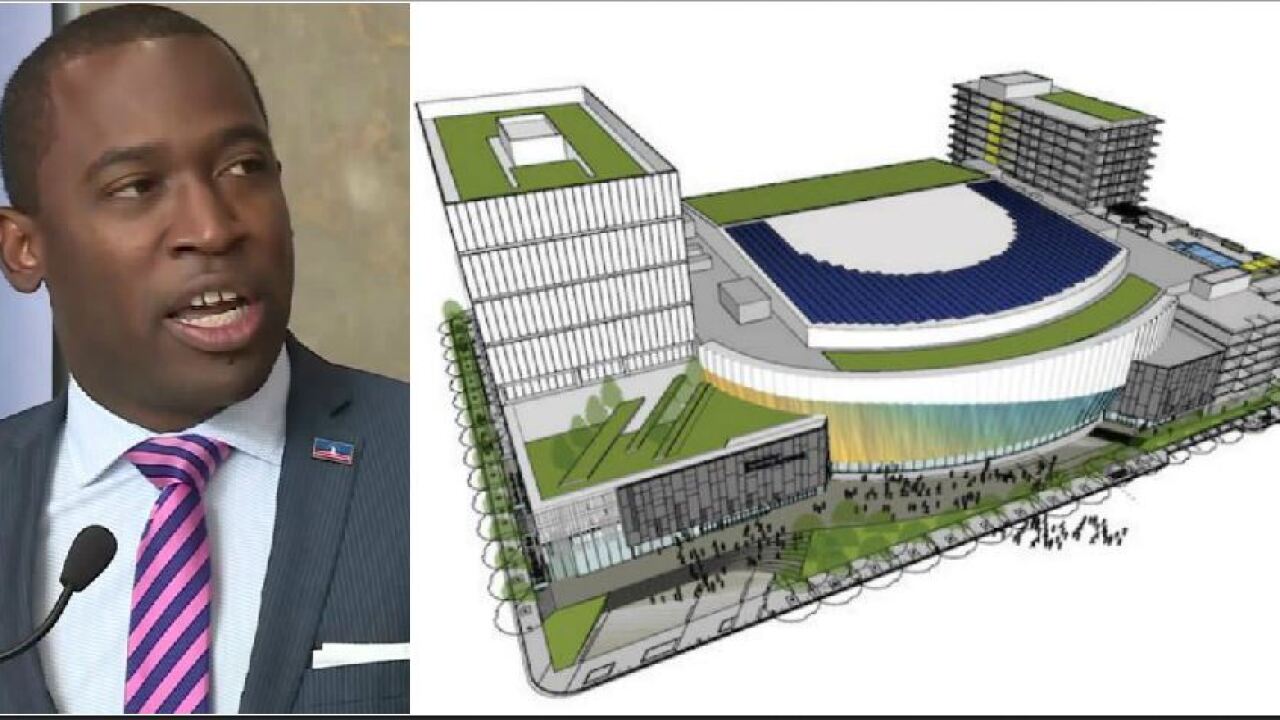 RICHMOND, Va. -- A majority of Richmond’s City Council has requested that Mayor Levar Stoney withdraw the existing Navy Hill development proposal and start the process over.

In the resolution, five of the nine council members ask Stoney to withdraw ordinances related to the Navy Hill project and once again ask interested companies and groups to submit proposals on what to do with the city's Coliseum and surrounding blocks.

The formal request was introduced at Monday’s council meeting.

In 2019, Stoney proposed the $1.5 billion project, that he said would replace the coliseum, bring in new jobs and more affordable housing to the area. The Navy Hill plan centers on 10 blocks from 5th to 10th streets and from Marshall to Leigh streets.

Mayor Stoney responded to the resolution Monday night saying he would not withdraw his Navy Hill proposal. He says months of vetting and more than a $1 million in taxpayer money has gone toward the project.

It boils down to this - they don't want to go on the record voting against 2,000 jobs from CoStar, $300 M for black and brown businesses, and hundreds of units of affordable housing. These members need to come to the table & do their jobs. pic.twitter.com/eAAAuachnV

But council members say it's their constituents making up their minds.

"I’m tired of the city doing these economic development projects and Chesterfield and Henrico getting the benefits from it," said Councilman Hilbert

The five council members backing the resolution say they want further appraisals of city-owned land and more community engagement. They say until then, their vote will not change.

"I don't think we have the confidence in the public to move forward with this proposal and we've asked for a pause button and they said no, so we're saying if it's a hard-up or down- we're saying no to this," said Councilman Gray.

“It’s unfortunate that instead of looking for ways to improve the Navy Hill proposal, these Councilmembers are putting their heads in the sand and hoping that the City’s problems resolve themselves,” said a spokesperson. “We proactively sought to sit down with each of these five members to ask them for their ideas, amendments, and recommendations to make this the best possible deal for Richmond, to which they have offered nothing.”

The statement went on to say that the city has been transparent and “it’s time” for the council members to roll up their sleeves and do the work to deliver the best project for the city, taxpayers and residents.