PETERSBURG, Va. -- Parishioners are cleaning up after a car slammed into a sign outside the Metropolitan Baptist Church in Petersburg Friday night.

Troopers said the crash happened around 8 p.m. when a car driven by 33-year-old George Cole Jr. ran a red light on Halifax Street before slamming into another car in the intersection.

Officials said Cole fled the scene on foot, but was taken into custody by police.

The other driver, a 54-year-old man, was transported to an area hospital with life-threatening injuries, according to troopers. 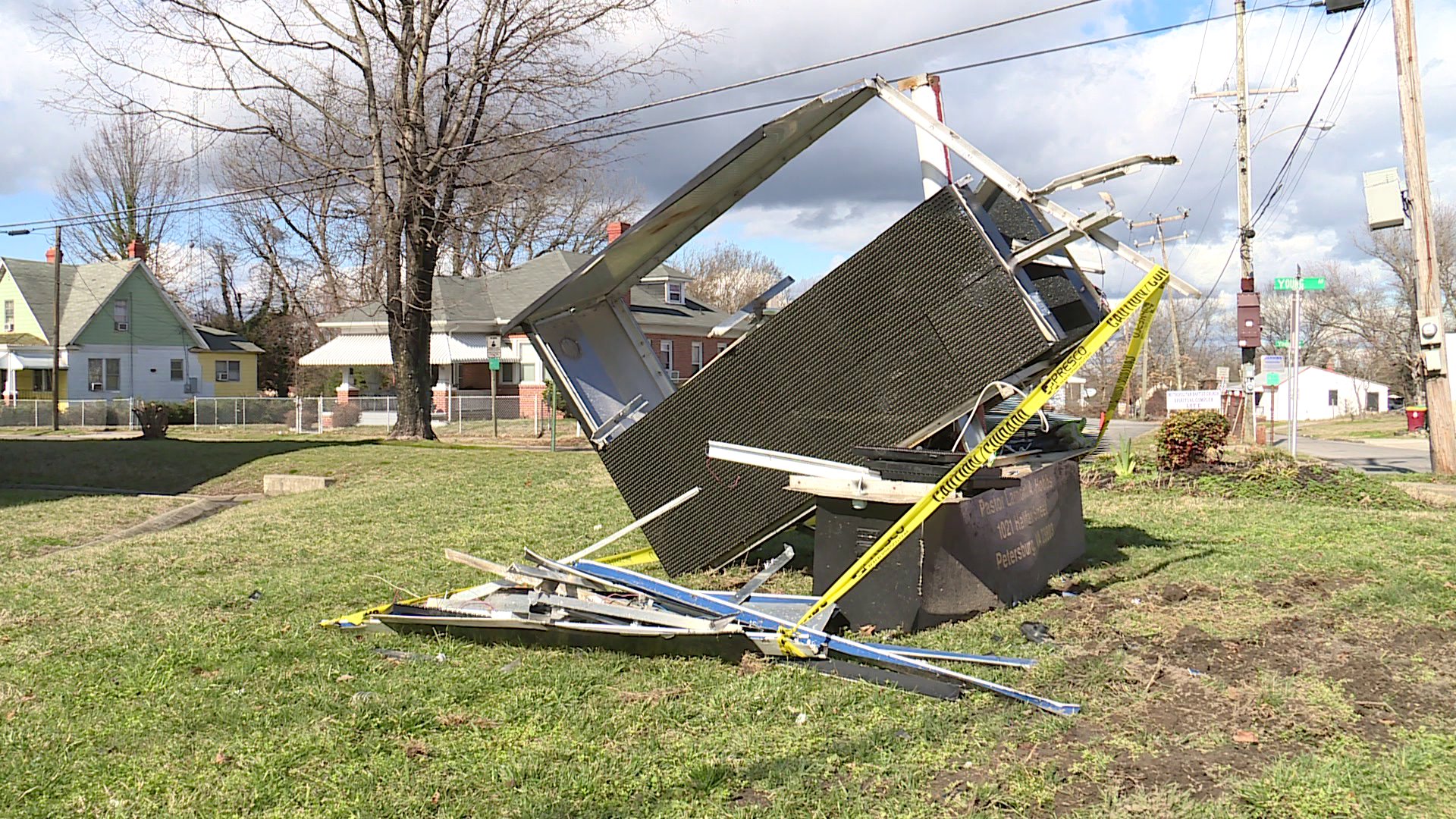 Church trustee Christopher Jackson said Saturday that the congregation is now tasked with replacing the sign.

"The first thing I thought was, I hope that no lives were lost," Jackson remembered.

Jackson and Anthony Scales, another church trustee, were among the first on the scene after getting calls about the wreck.

“It was just hurtful that the same thing keeps happening in Petersburg, Virginia," Scales lamented. "This may be a wake-up call to say, 'Hey, we need more.' To do better, you need better opportunities in that of itself. It’s about dignity, self-respect, and it’s time for Petersburg to help the community, build us up to where we need to be.”

The men are hopeful their congregation can help curb crime that seems to be on the rise.

“That’s our pastor’s slogan here: Meeting the needs of the people," Scales added.