💖Amelia deputies give girls Sweetheart Dance ‘surprise of a lifetime’

AMELIA COUNTY, Va. -- Deputies who went above and beyond are being lauded on social media for pulling off “the surprise of a lifetime” for some youngsters in Amelia County.

Holmes said the girls, who did not have anyone to take them, would have missed the dance if not for the officers.

Holmes said Sgt. Gary Pugh, Amelia Elementary's school resource officer, came up with the idea after he took a student to the dance in 2018 so he reached out to his fellow deputies, according to Holmes.

“If this doesn't give you a warm and fuzzy, nothing will,” Holmes wrote. “God Bless these officers and their little dates tonight. These girls were smiling from ear to ear and I'm pretty certain they'll be talking about this for days and years to come!”

Additionally, Holmes said the entire town came together to make the day special.

In fact, the youngsters received everything they needed for the event: from the perfect dress and shoes, to a corsage, goodie bag as well as hair and make-up treatments. The Star Children's Dress Company donated the dresses and the community rallied via a “Glass Slipper” campaign to buy shoes for the girls.

Additionally, Holmes thanked volunteer bus driver Connie Young for decorating a bus, which took the deputies and their dates for a meal out at Mario's.

"A lot of coordinating went into this and it was simply perfect," Holmes said.

Holmes thanked everyone who made the event such a success.

“It takes a village,” Holmes said. “Not every hero wears a cape.” 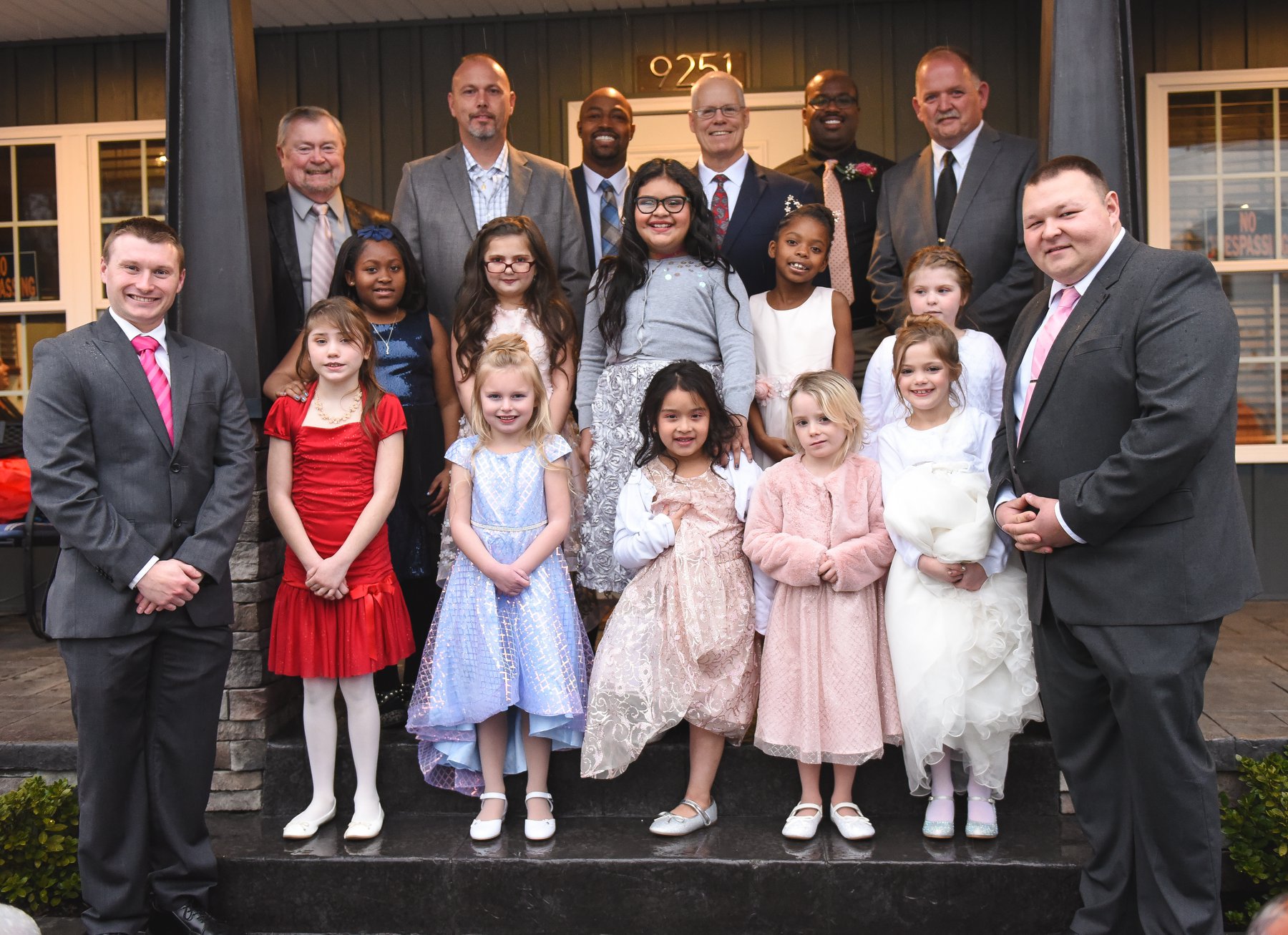