HENRICO COUNTY, Va. -- In a galaxy not really far away, the Force truly is with Star Wars enthusiast Joel Webne.

“It all takes me back it really does,” Webne said. “It is a healthy obsession for me. It swells up inside you. It's really fun.”

To say that he’s a Star Wars is a Wookie sized understatement. The Henrico man’s stellar odyssey began four decades ago and he has been collecting memorabilia, costumes and toys since 1977.

“Since I was seven years old when I saw the first movie,” Webne  said.

His passion for light sabers, Jedis and the Millenium Falcon has only intensified as he’s grown older.

“I still have all of my figures to this day,” Webne said.

He’s a member of the 501st Legion, the dark side, and Rebel Legion, which are the good guys.

“My wife tolerates what I do,” Webne said.

The international groups allow self-avowed Star Wars fans to live out their dreams as real-life action figures with big hearts. 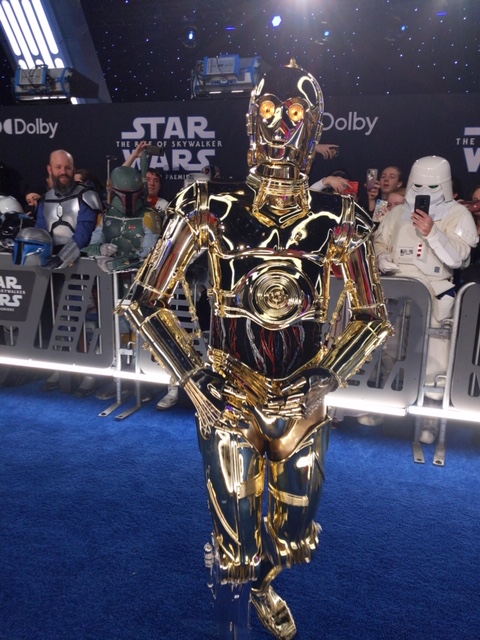 The 49-year-old has been called a Star Wars nerd -- a title he embraces with glee.

But last month Webne’s fandom reached new solar systems when he was part of 120 Legion members chosen to attend the Hollywood premiere of “Rise of Skywalker.”

An experience that left him in a droid-like state.

“To see it before it was released it was unreal. It was an out-of-body experience,” says Joel.

Webne even added the ultimate pieces to his Star Wars collection as showed off a shield and ticket autographed by cast and crew.

“This is my holy grail right now,” Webne said.  “To me as a collector these are things I’ll never sell. I’ll never get rid of.”

The film marks the conclusion of the 42-year-old Skywalker saga.

“I cried," Webne said. "I was sitting in the theater with 400 other people in tears.”

“It was emotional,” Webne said. “This represents my childhood. It really does. Its going to last with me forever.”