They are history makers, the next NASA class to head to space, and one of those graduates is Williamsburg native Zena Cardman.

"It's still surreal. I think everyone in the turtle class feels incredibly lucky to be here," said Cardman who spoke to WTKR on Friday from the Johnson Space Center.

Two years ago, while sitting with friends and watching Apollo 13, of course, she got the call from NASA. She was chosen among 18,000 applicants.

"I found out the answer was yes, and it was an utterly overwhelming moment," said Cardman. "At every round of the interview stage, I felt in total awe and inspired by other people I was interviewing with.”

Cardman and the ten other astronauts are the first to join NASA since its Artemis program was announced. The program aims to send the first humans to the moon since 1972 in 2024, and to Mars in the 2030s. NASA says the moon mission will include the first woman, statistically, that could be Cardman.

"No matter what mission we get assigned to eventually or missions if we are lucky enough anything would be an absolute joy," said Cardman.

Cardman has been undergoing immense training in Houston for the past two years to prepare for space flight.

"We learn everything from the engineering systems onboard the International Space Station, emergency procedures, jets, we learn the Russian language, spacewalk training, it’s very diverse," she said. 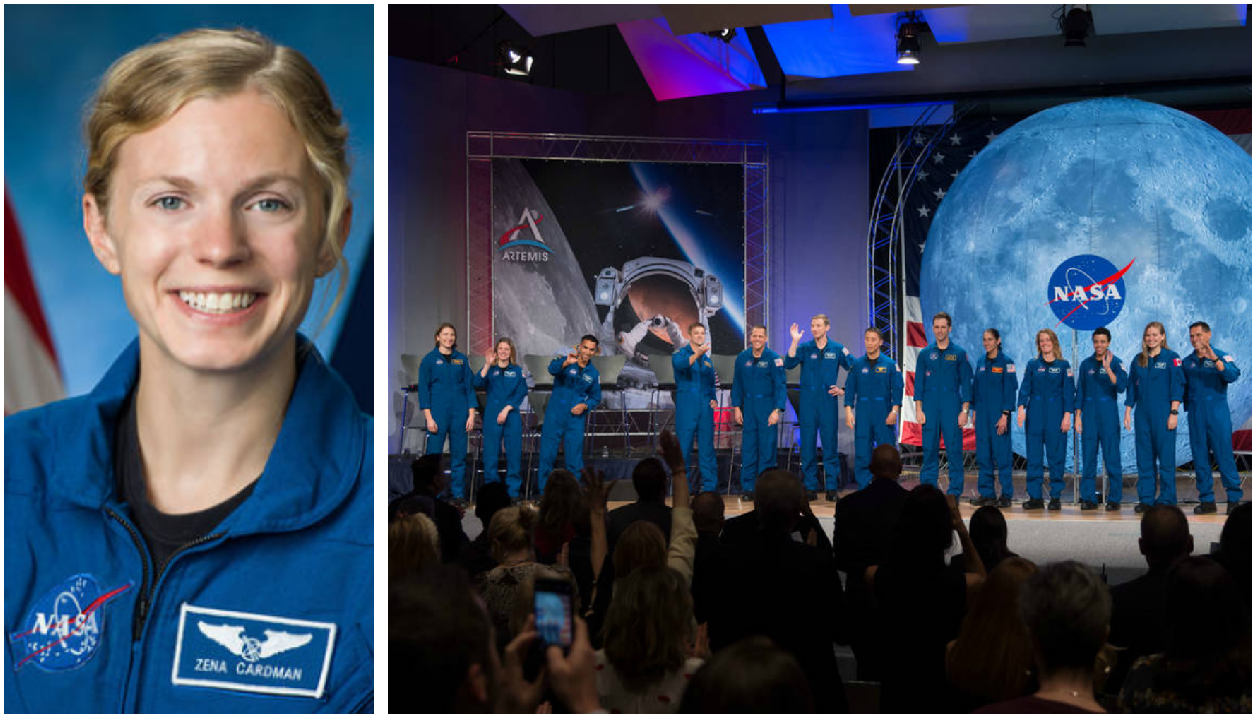 Cardman graduated from Bruton High School in Williamsburg, received a Bachelor of Science in Biology and earned a Master of Science in Marine Sciences from the University of North Carolina at Chapel Hill.

She says her passion is Microbiology.

"I am excited to get to use my training no matter where it takes me," she said.

Wherever she goes, she will have a fan club cheering for her on from Williamsburg and the Peninsula.

"It fills me with pride and happiness to know that people are following along with this journey. There is something so engaging about space travel and to have people from my hometown rooting for that is really exciting," she said.