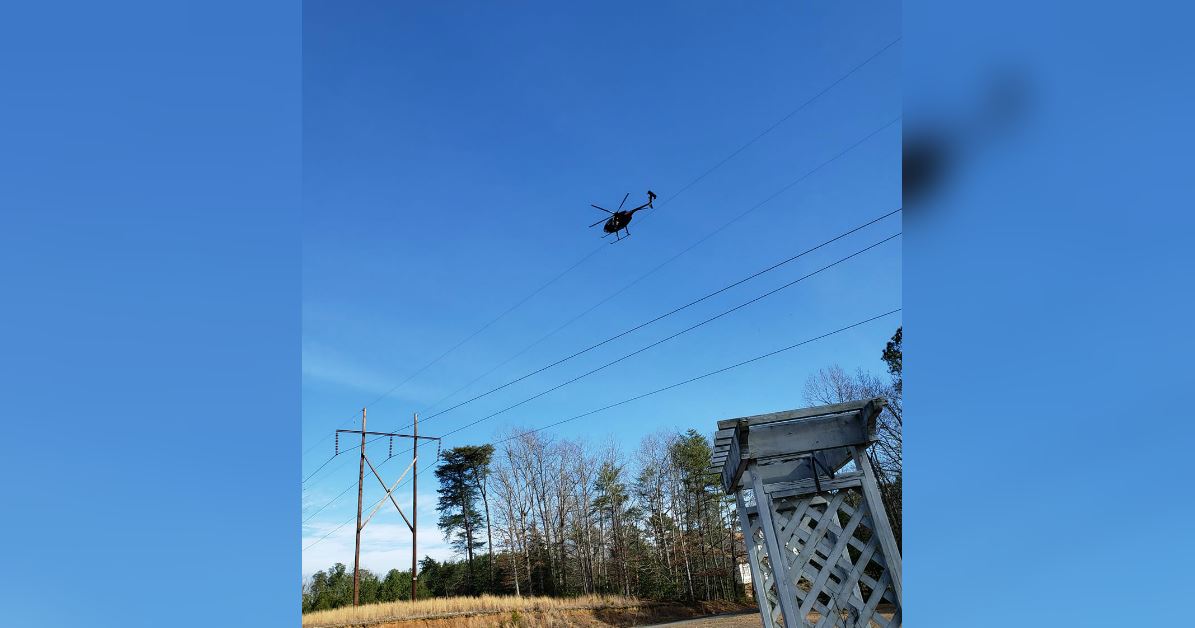 The sheriff’s office indicated it has received several phone calls about the helicopter.

“We checked and have confirmed that it is a Dominion Energy helicopter checking power lines,” a sheriff’s office spokesperson said.”We were not given a time frame for how long the aircraft will be flying, but wanted to make sure everyone was aware that there is no reason to be concerned.”

Dominion Energy uses helicopters to help inspect its electric transmission lines in both Virginia and North Carolina, according to a company spokesperson.

“Using helicopters gives us a greater ability to reach, inspect and repair lines quickly and efficiently with the least amount of time, manpower and environmental disturbance,” a company spokesperson said. “The use of helicopters gives us a 360-degree, birds-eye view of towers that top 300 feet and they make access to our infrastructure much easier, especially in rough terrain.”

The helicopters, according to Dominion Energy, are equipped with infrared cameras can detect potential problems people can’t see using just their eyes.