RICHMOND, Va. -- Virginia lawmakers have voted to ban firearms inside the state Capitol, the first in what is expected to be many contentious gun votes in coming weeks.

Along party lines Friday, Democrats on the Joint Rules Committee voted to ban guns inside the Capitol and the Pocahontas building, which houses the legislative offices of lawmakers, and said the move was needed to protect public safety.

The ban goes into effect at 11:59 p.m. on Friday and covers members of the general public and those who work at the Capitol, including lawmakers. There are provisions in the policy that exempt certain law enforcement officers, authorized security personnel, and military personnel.

The ban does not impact the carrying of firearms on the grounds of the Capitol.

Under the provisions of the ban, Capitol Police said it is authorized to search or screen anyone entering the Capitol or Pocahontas building and anyone found to be violating this policy will be immediately removed.

However, the policy states that lawmakers will be exempt from any searches or screening in order to “avoid any interference with a member fulfilling his legislative responsibilities.”

Republicans have voiced opposition to such a ban and some GOP lawmakers routinely carry guns into the Capitol.

After the vote, several Republican lawmakers spoke out against the ban saying Democrats intentionally misrepresented that they were introducing the policy at the request of Capitol Police.

In a statement, Republican Leader Todd Gilbert called the process “disgusting and wrong.”

“Democrats hold majorities in both chambers and can pass whatever policy they wish. However, today’s action will ensure this policy takes effect without a vote from the vast majority of legislators. Democrats want to ban guns, but not enough to stand up and take responsibility for their own policy. Furthermore, hiding behind the honor of our Capitol Police is cowardly,” Gilbert wrote. 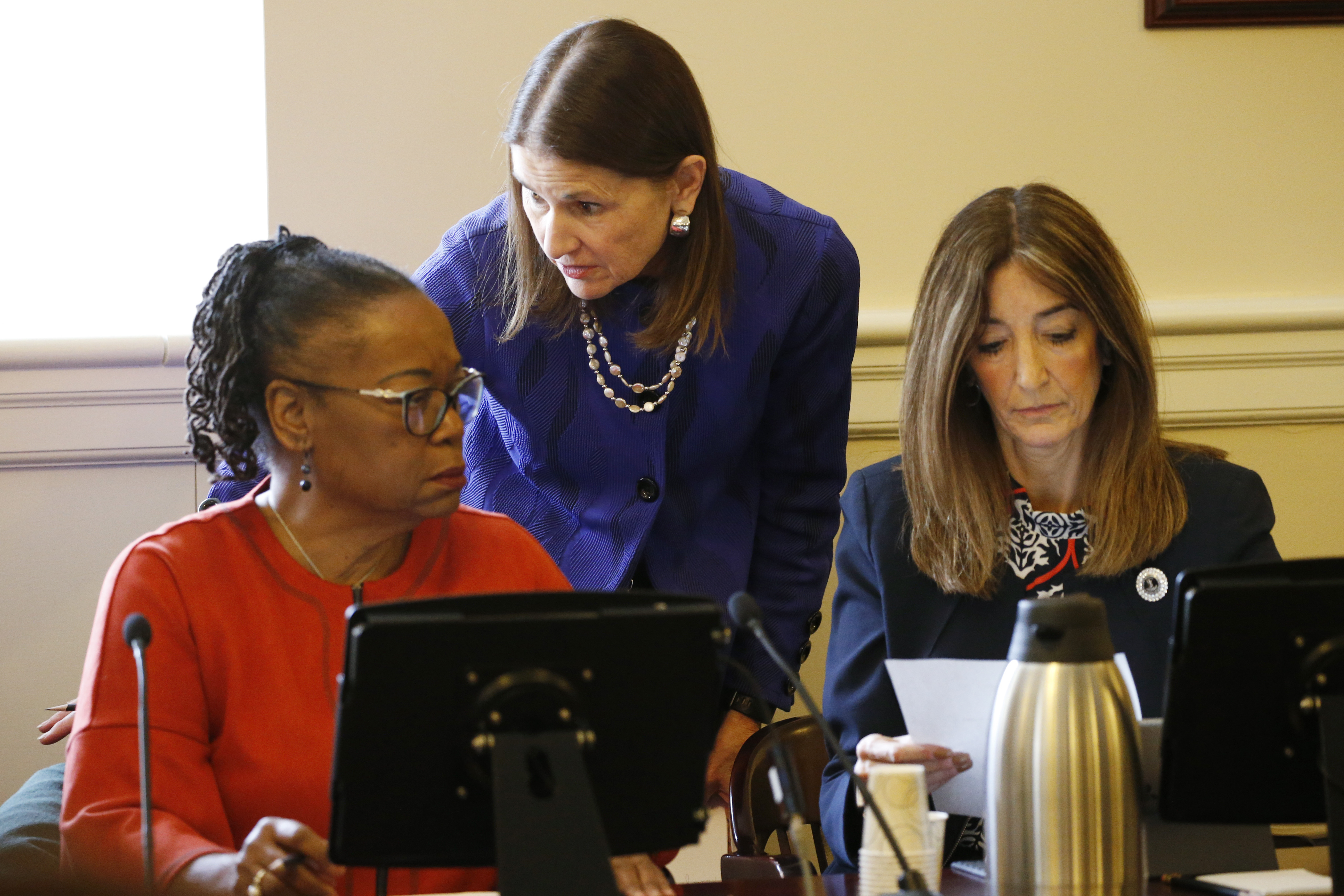 Sen. Ryan T. McDougle (R-4th) says the policy was “jammed down our throat.”

“I think all, not me and my party, but Virginians should be concerned if their ability to access the Capitol where they elect people to go has been restricted and those policies altered without a discussion, without a review,” said McDougle.

He went on to say he’s concerned that this is a sign of what’s coming forward.

“Well, I’m angry, number one because I feel like the American people have just been disenfranchised,” said Chase.

She went on to say that the process was not transparent, and Democrats have definitely set the tone for the General Assembly session.

Chase, who has worn a gun on the Senate floor, was asked if she would comply with the new rule, but said she would not answer the question.

“They’re trying to change the narrative. Our focus here is to keep everybody safe,” said Filler-Corn. “These are policies and rules that should have passed a long, long time ago and we’re excited and pleased that we’re moving forward now with the goal of keeping everybody safe.”

“We’ve been working with him, speaking every day, we totally respect Colonel Pike and the Capitol Police and we know that they truly as professionals know what we need to do,” said Filler-Corn. "How we’re moving about it is the recommendation of the Capitol Police. This was our goal."

Col. Pike tells CBS 6 that incoming leadership approached him and told him about their plan to implement a firearm ban at the state Capitol and asked him to sit down and put together a protocol of procedures of how that would happen.

A spokesperson for Va. Gov. Ralph Northam (D) issued the following statement about the ban and responded to a question about the possibility of extending the ban to cover the grounds of the Capitol:

"Firearms are currently prohibited in all executive office buildings—for the safety of all who work in and visit the Capitol, we're glad the legislature has followed suit," wrote the spokesperson. "The issue of the open space that constitutes Capitol Square is more complicated from a legal perspective. That being said, the Governor is reviewing options in coordination with state and local law enforcement and in light of incoming intelligence. His top priority is keeping Virginians safe."

The first real test of the new ban is expected on Monday, January 13, when the General Assembly reconvenes and the National Rifle Association holds it lobby day.

The AP Wire contributed to this article.