RICHMOND, Va. – The armed robber nicknamed the “Scream Bandit” is believed to have struck again in the City of Richmond and Henrico County, according to the FBI.

FBI Richmond continues to offer a reward of up to $10,000 for information leading to the arrest and conviction of the “Scream Bandit” who is wanted for armed robberies in Richmond, North Chesterfield, and Henrico.

Investigators also believe the male suspect is responsible for three convenience store robberies in January and February of 2019.

The FBI now believes the armed robber is responsible for two additional robberies that occurred on January 5, 2020. 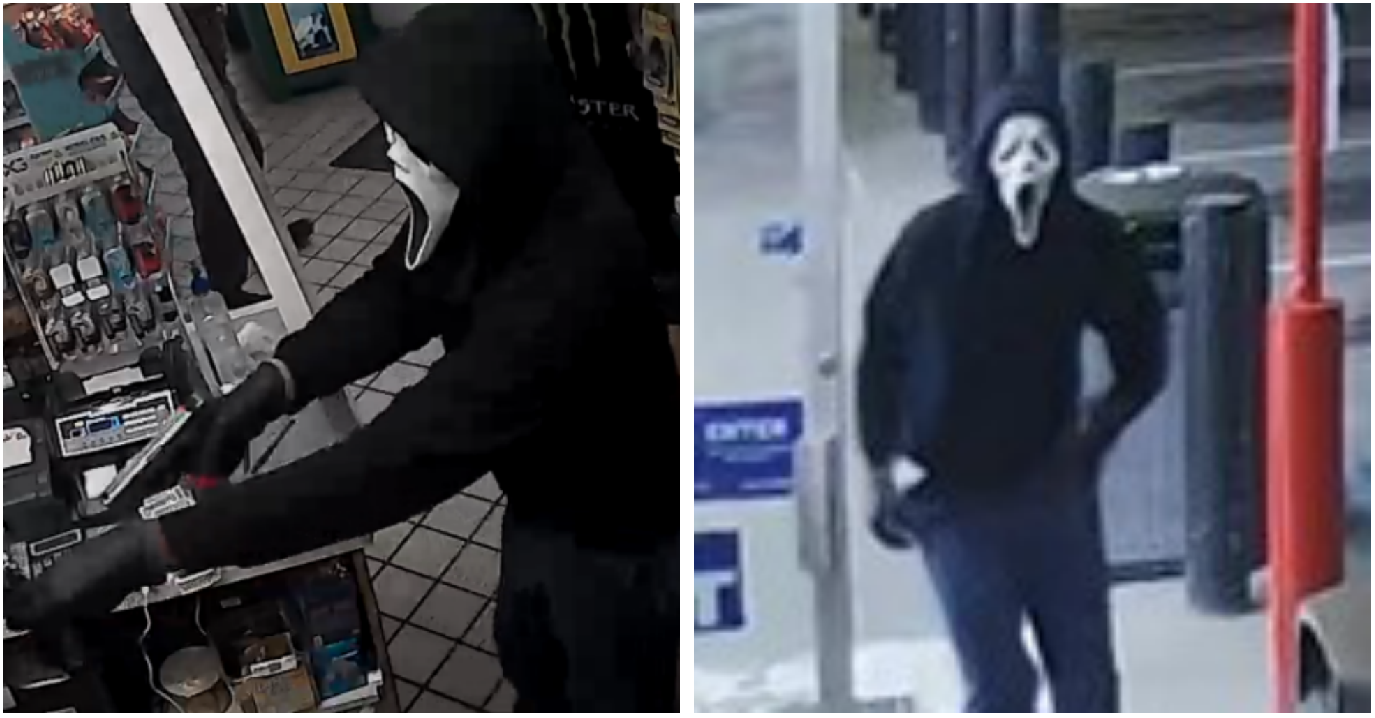 “Prior to entering the store, the subject, armed with a semi-automatic handgun, tripped giving the victim clerk time to secure themselves in a locked room. Inside and still armed, the subject did not encounter any additional clerks and fled the store,” said the FBI in a release.

The suspect, still armed with the handgun, approached clerks and demanded they place money into a plastic bag.  After the clerks complied with his demands, he exited the gas station and fled on foot.

In all five robberies, the man wore a scream "Halloween style mask" and displayed a semi-automatic handgun before demanding money from the clerk.

During the robberies, the bandit was described as a black male, approximately 5’7”, 160-180 pounds, and 20-30 years of age; wearing all black clothing, black gloves.