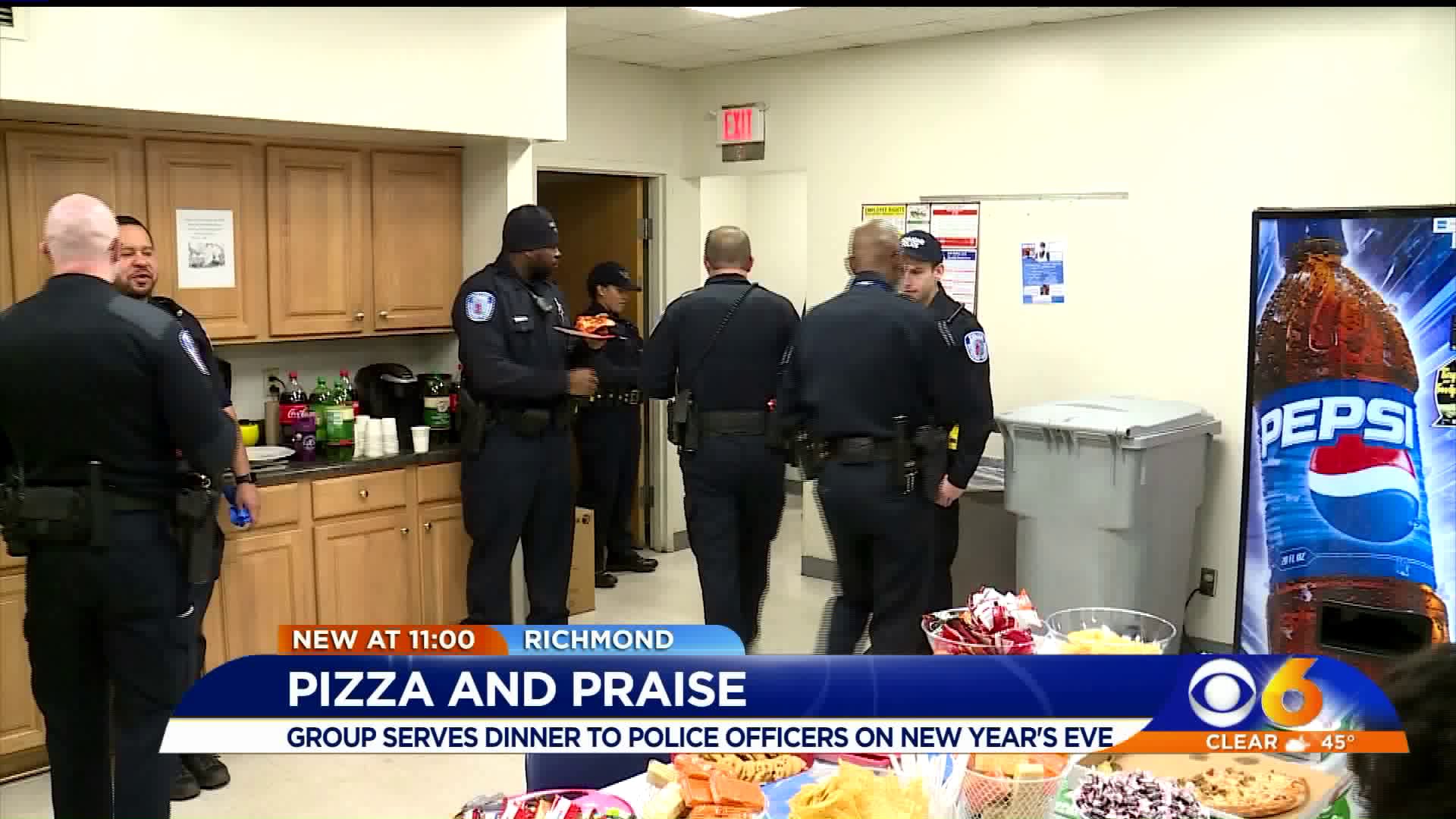 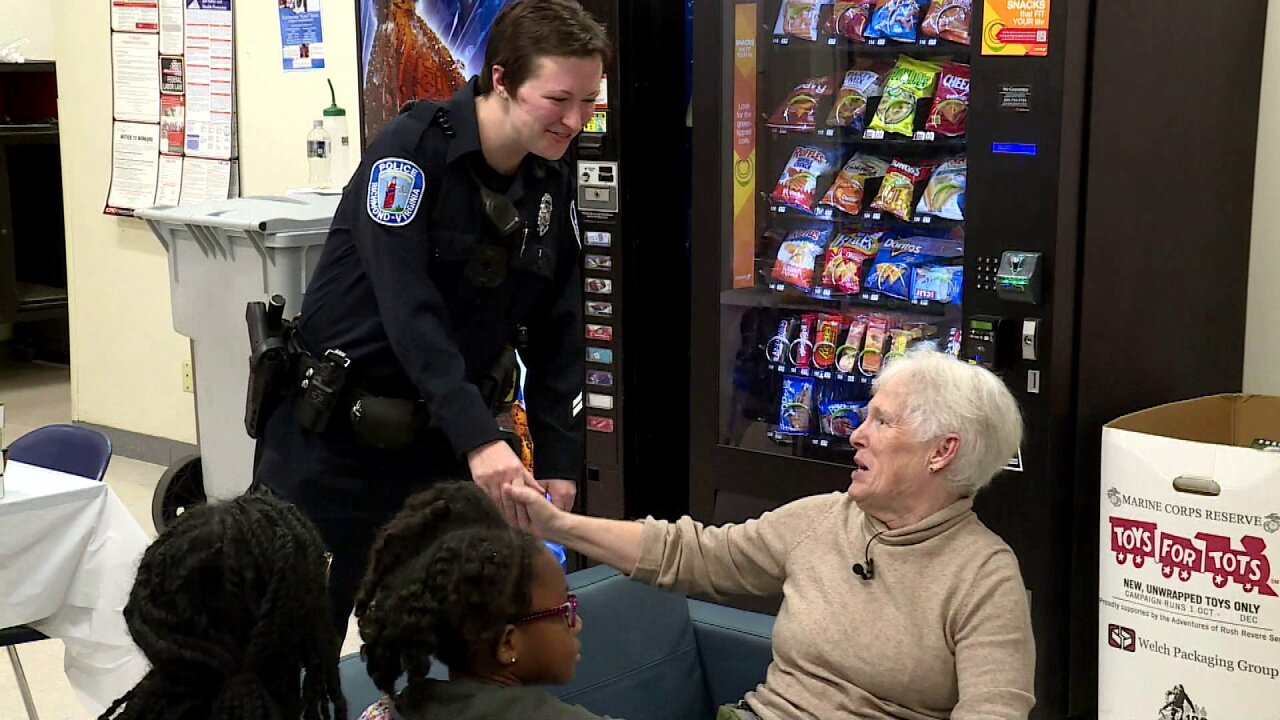 RICHMOND, Va. — Some Richmond residents spent part of their New Year’s Eve saying thank you to the members of the city’s police department by hosting a pizza party for them.

The party was held at Richmond Police Department’s First Precinct station by residents who live nearby in the Union Hill neighborhood.

“I’m two blocks away. I count on them a lot,” said longtime resident Ann Wortham, who started the event six years ago. “The police usually get a bum rap from a lot of people and I wanted to thank them for what they do. They put their lives on the line daily. And once a year, as we go from one year to the next to supply them with stuff they can eat at the precinct and stuff they can carry in their cars is a very small way to say thank you and to let them know how much we appreciate what they do.”

Wortham said she knows what police officers and their families go through, as she served as an RPD officer for three years and has two family members who currently are with the department.

“I know that it takes a heavy toll and appreciation is appreciated. Any time people get thanked, even though it’s just for doing their jobs it makes a difference,” added Wortham. “It takes a toll. Pizza doesn’t do much, but it helps. Pizza helps everything.”

Officers were treated to pizza in the station’s break room, along with other snacks they could take with them during their shift. The organizers had pizza delivered at two different times in the afternoon/early evening so help ensure that all officers working New Year’s Eve got a slice.

Among those who helped Wortham put on this year’s party was Tanetta Caleb.

Among the officers at this year’s party was Lt. Ken Roane who said he missed last years, his first during his posting at the First Precinct.

“Really grateful and thankful for those who had the opportunity to share with us and unfortunately we don’t get a lot of positive many times, but fortunately when we do we’re really grateful and appreciative,” said Lt. Roane. “We don’t go about the job looking for gratitude, we understand we have a responsibility and sometimes you feel you have a calling about going about the task of protecting citizens and engaging the community, but when it does happen we’re really appreciative and it’s something that you don’t forget.”