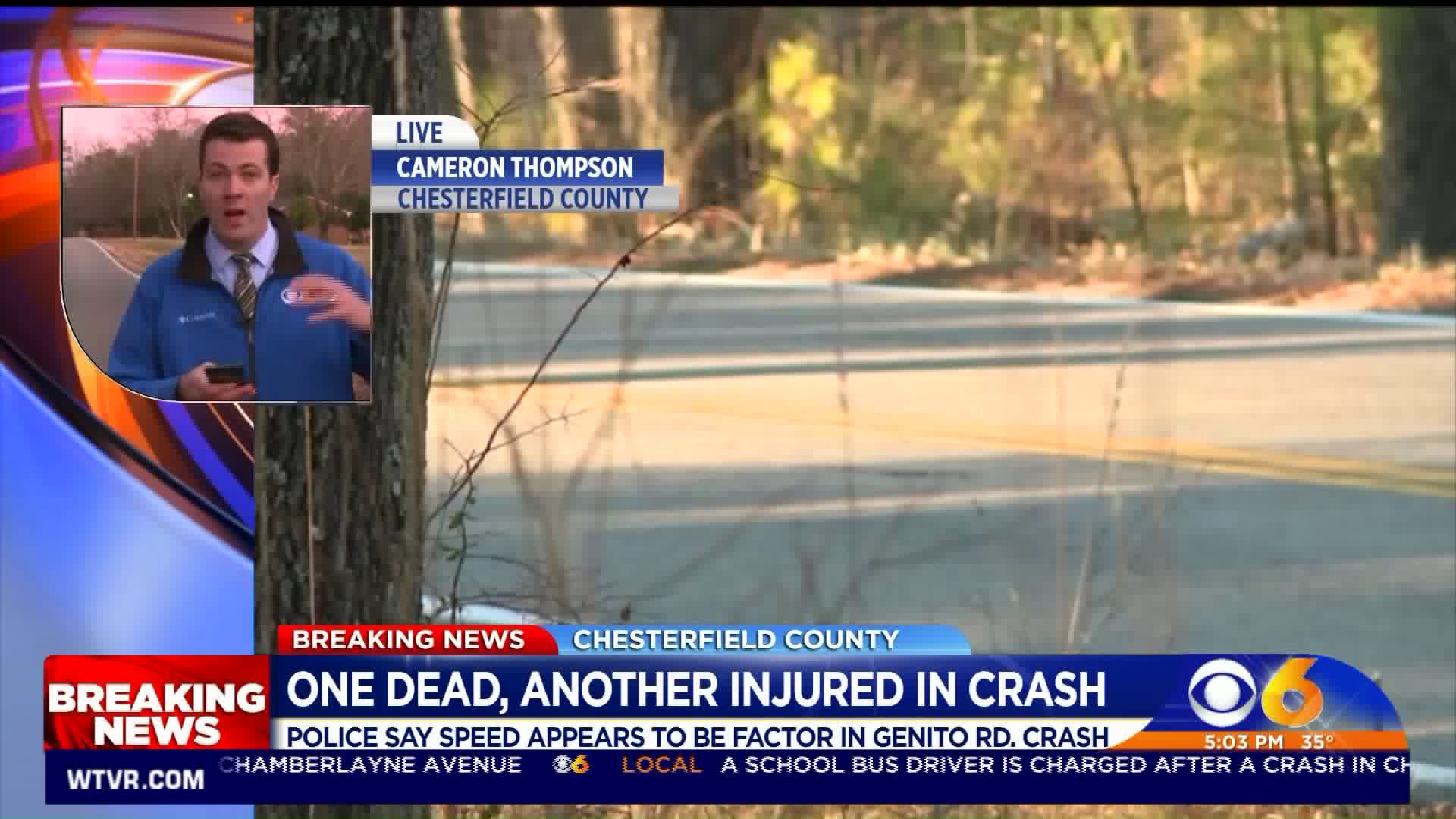 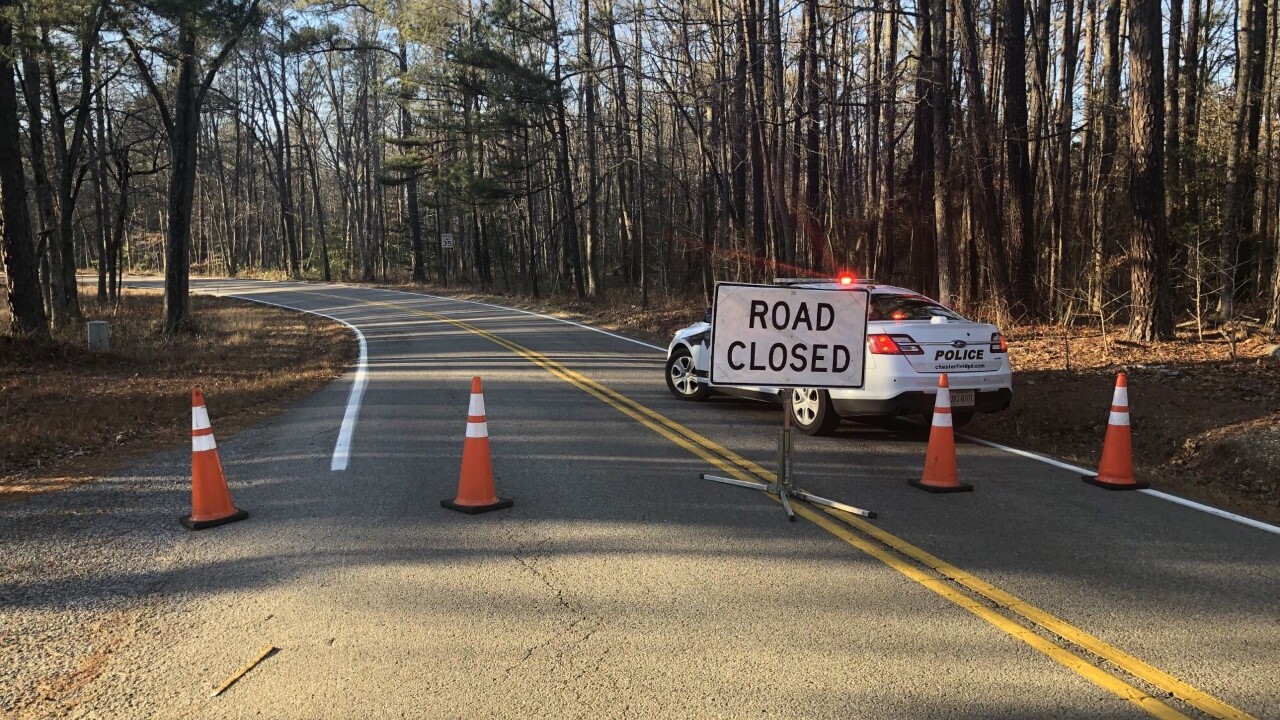 CHESTERFIELD COUNTY, Va. -- Authorities said one person was killed and another person was injured in a two-vehicle crash that closed a stretch of Genito Road in Chesterfield County Thursday afternoon.

Lt. Jason Elmore with Chesterfield Fire and EMS said crews were called to the 19600 block of Genito Road not far from Bailey Farm Road just after 2 p.m.

Officials said a Honda sedan was traveling east on Genito Road when it car crossed into the westbound lane, went into the ditch and then came back on the road before hitting a Jeep heading westbound.

Police said the adult male driver of the sedan was pronounced dead at the scene.

The adult male driver of the Jeep was transported to an area hospital with injuries that appeared to be not life-threatening.

"At this point in the investigation, speed appears to be a factor in the crash," police said.

Police continue their investigation into this incident. Anyone with information regarding this incident should contact the Chesterfield County Police Department at 804-748-1251 or Crime Solvers at 804-748-0660 or through the P3 app.

#TrafficAlert 19600 Genito Road is closed in all directions due to a crash. Please avoid the area. pic.twitter.com/hbpuw0WLZW

VDOT officials said the wreck has closed all west and eastbound lanes as of 2:49 p.m.

Drivers were warned to expect delays.