HOPEWELL, Va - Virginia State Police are investigating a crash involving two tractor-trailers along I-295 Tuesday morning. The crash happened just before 3:30 a.m. in the southbound lanes near the Oaklawn Boulevard exit, forcing police to close all southbound lanes. 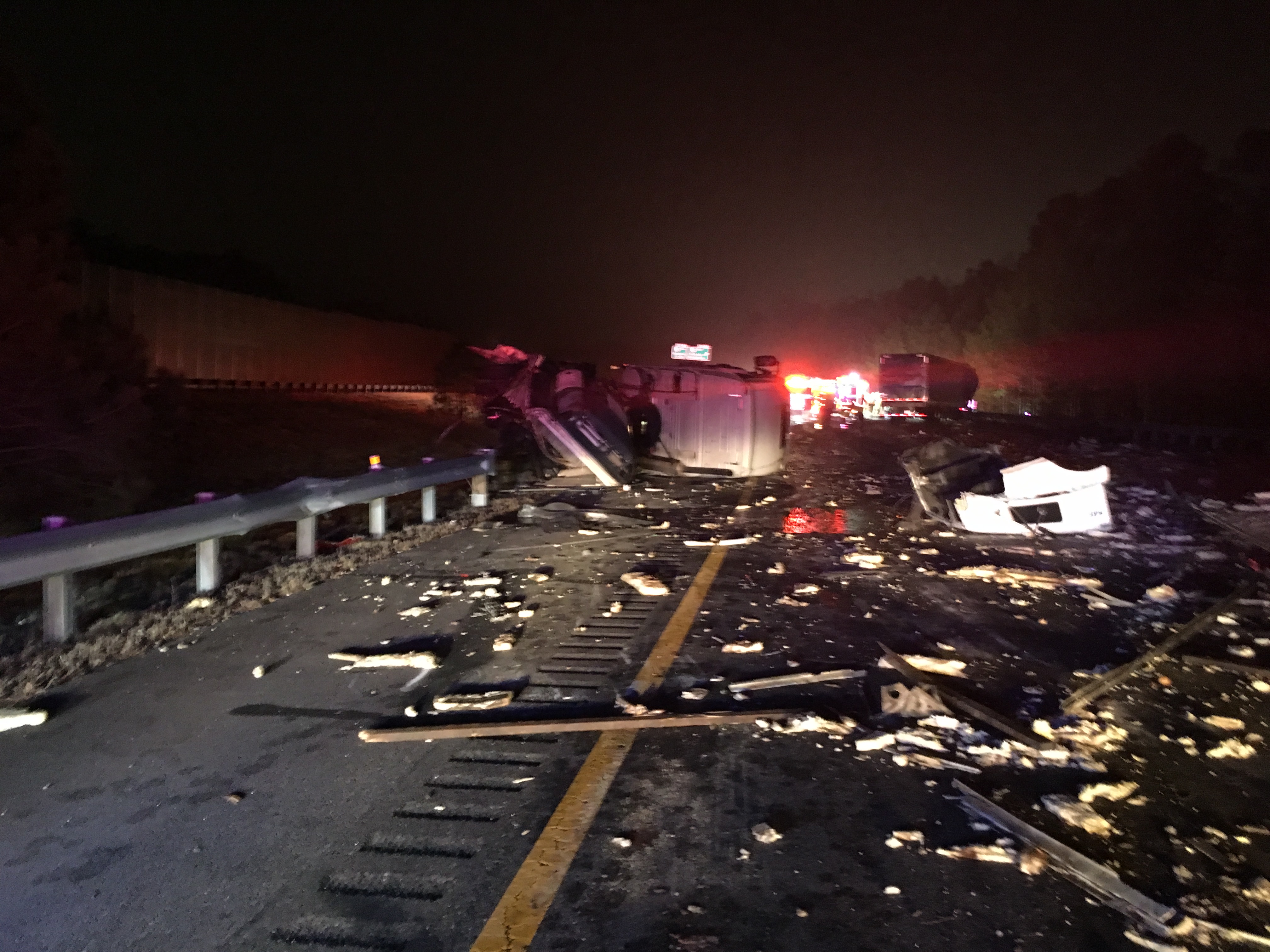 Denis Chirino, 49, was charged, according to Virginia State Police, after he lost control of his truck, hit the guardrail, jackknifed, and overturned across all southbound lanes. When he overturned, his tractor-trailer lost its load of potatoes.