Police said the incident occulted on Wednesday, December 11 in the 0 block of S. 20th Street.

Video shows the trio enter the mailroom and rummage through mail, before stealing a television and several packages. 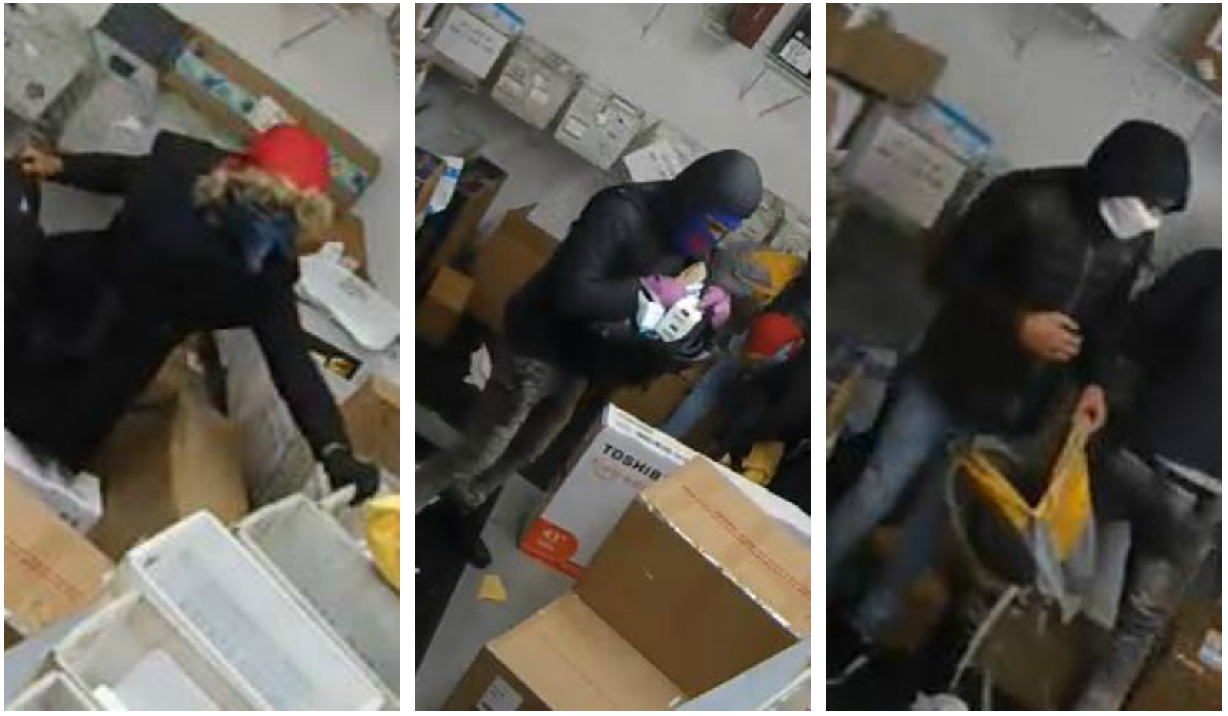 One suspect was seen wearing a red hat with fur. The two other suspects were wearing black jackets.

Anyone with information on the identity or whereabouts of this suspect is asked to call First Precinct Detective T. Wilson at (804) 646-0672 or contact Crime Stoppers at 780-1000 or http://www.7801000.com [7801000.com]. The P3 Tips Crime Stoppers app for smartphones may also be used. All Crime Stoppers methods are anonymous.