How Maddie inspired an inclusive playground:’Everyone can play here’ 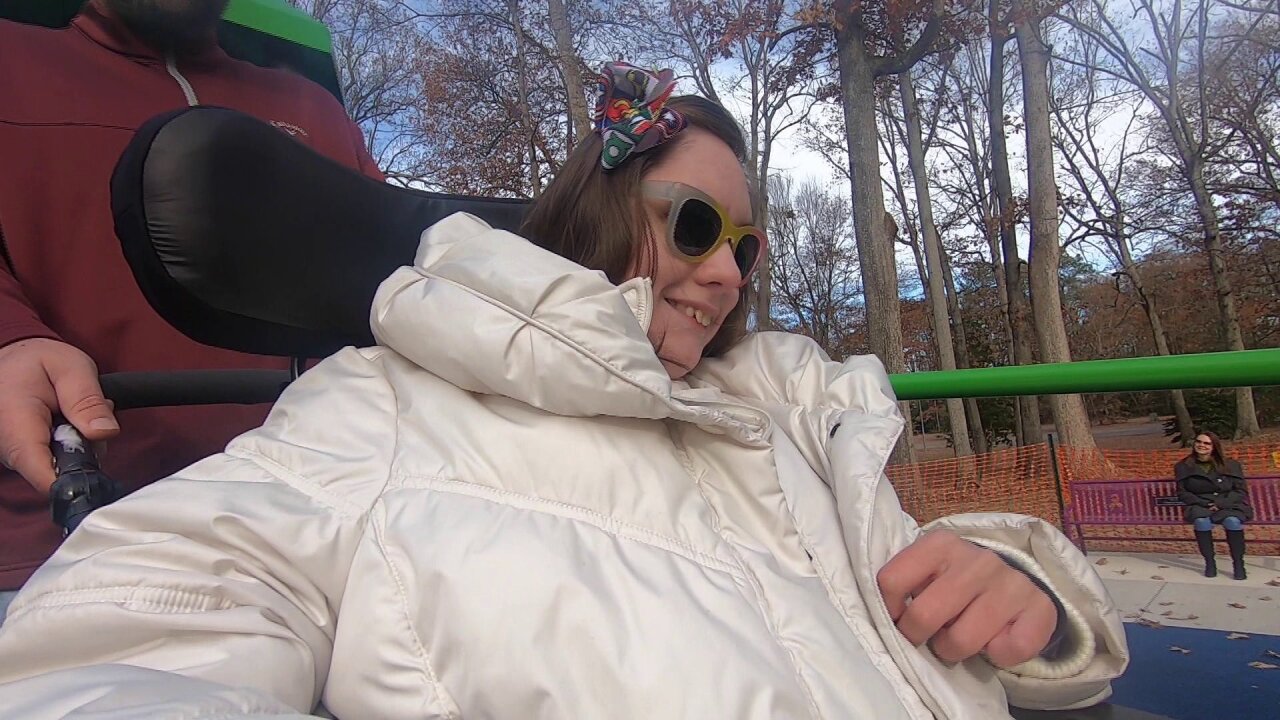 COLONIAL HEIGHTS, Va. -- Maddie Mann weighed just one pound and three ounces when she was born. Since then, the Dinwiddie girl has undergone more than a dozen major surgeries.

Her fighting spirit to survive as a newborn continued into her childhood years as Maddie and her parents fought for five years to bring a wheelchair-accessible playground to the Tri-Cities.

Thanks to a series of community fundraisers and big-money grants, Maddie's Magnificent Playpark opened at White Bank Park in Colonial Heights.

The playground's main feature is its accessibility.

The playground has interactive pieces like a Xylophone and push buttons.

The Manns thought Colonial Heights would be the perfect place for Maddie's Playpark due to its central location.

"It serves everyone, of all abilities and I think that's the important thing here, is everyone can play here," Colonial Heights Mayor Greg Kochuba said.

"When parents bring their kids here, we hope it is relaxing for them and we hope being able to be next to the kid, versus 30 or 40 feet away at the bench and things like that improve the quality time as well," he said.

"I want everyone to come here," Jamie Mann added. "I want families that haven't been able to go with their relatives or their children that are with special needs, to be able to enjoy it."