Parents in disbelief after Richmond newlyweds burned in volcanic eruption

RICHMOND, Va. -- Rick and Barbara Barham are desperately trying to reunite with their daughter and son-in-law after they were injured Monday when a volcano erupted on White Island in New Zealand.

Richmond newlyweds, Matthew and Lauren Urey, were on a Royal Caribbean cruise for their honeymoon. Lauren’s parents say they heard from their daughter just before she left for the island hike.

“Rick said, ‘I hope it's not an active volcano,’ and she said yeah they wouldn't let us go out there if there were any danger,” Barbara said Monday afternoon. "Had my daughter known there was any risk involved she would not have gone."

Matthew left his family a voicemail informing them he and Lauren were both badly burned, but their family only confirmed their whereabouts Monday afternoon local time. Family members received a call from Royal Caribbean shortly after the voicemail asking if they had heard from either Matthew or Lauren.

"It’s just unbelievable... It’s just totally unbelievable that something like this would happen and the fact that we can’t talk to our daughter,” said Rick. “We haven't heard from her. We didn’t know anything since 12 midnight when we got a phone call until we heard from the hospital around lunchtime today. (Monday) Nothing. Absolutely nothing.”

Rick and Barbara are now headed to New Zealand to be with their injured loved ones.

CBS 6 has learned that Matt and Lauren Urey are very active in the local running community.

Sports Backers says that Matt has been part of the half marathon training team for years, and Lauren took part in the Monument Avenue 10K earlier this year. 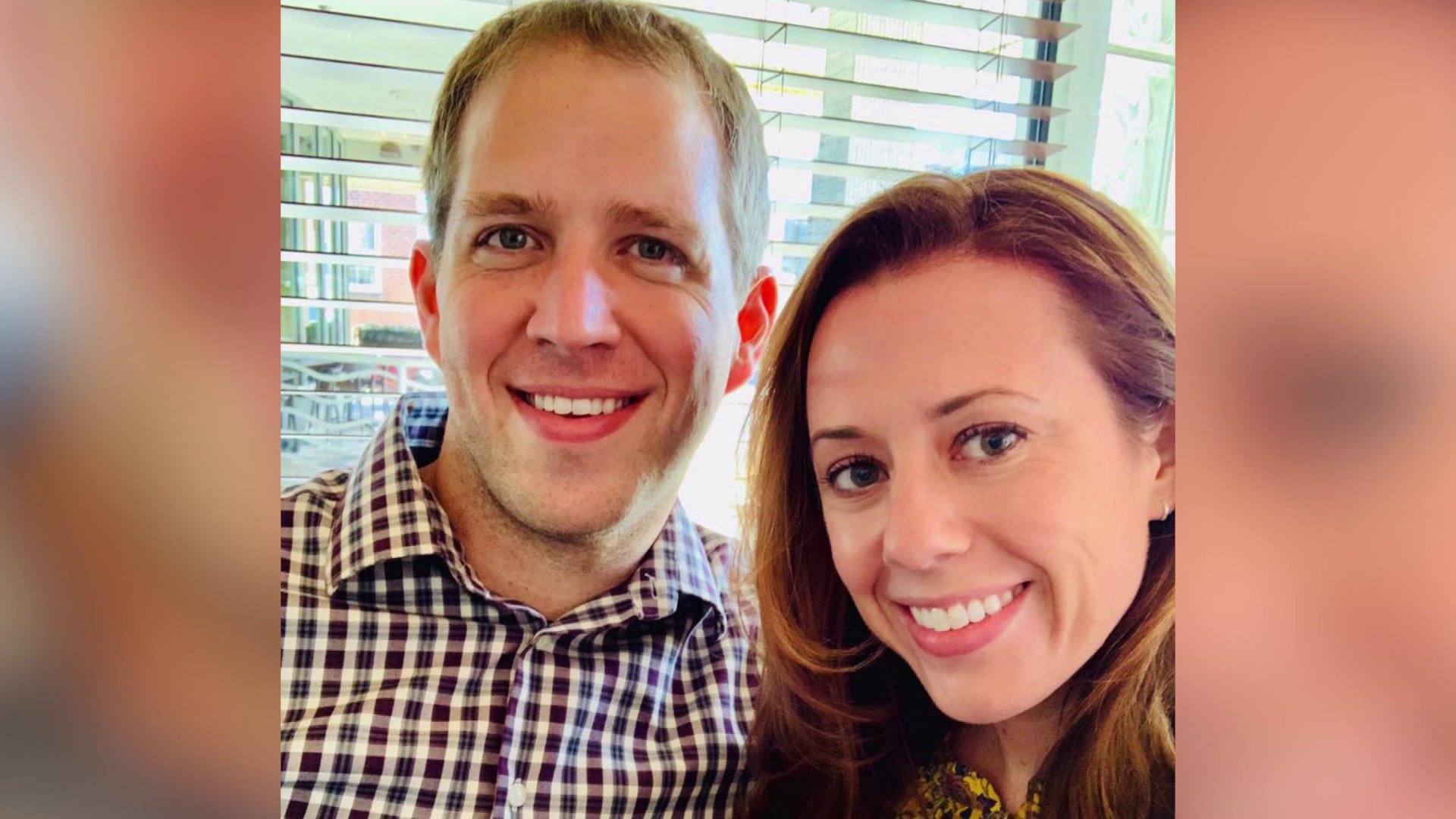 Almost all patients who were injured in the deadly New Zealand volcanic eruption have suffered extensive burns to their bodies and lungs, as questions mount over the circumstances surrounding the tragedy that has left at least six people dead.

Every burns unit in the country is at full capacity as medical staff do all they can to treat those with severe injuries from the volcanic ash and gas, Ministry of Health spokesman Pete Watson said Tuesday.

Out of the 31 people still in hospital, 27 had burns to at least 30% of their bodies and many have inhalation burns that require airway support.

Given the extent of survivors' injuries, the death toll could continue to rise. "It's possible that not all patients will survive," Watson said.

Authorities are now working to gather information on the dead, injured, and missing, and provide emergency services to those affected, after the eruption on White Island, also known as Whakaari, left at least six people dead. The injured were aged between 13 and 72.

Police confirmed the death of a sixth victim in a statement on Tuesday. The unnamed person was earlier being treated at Middlemore Hospital in Auckland.

Eight people remain missing after Monday's eruption, which occurred while 47 people were visiting the island. New Zealand's Prime Minister Jacinda Ardern said that citizens from New Zealand, Australia, the United States, the United Kingdom, China and Malaysia had been among those injured and missing following the explosion.

The first victim to be identified dead was Hayden Marshall-Inman, a guide with New Zealand's White Island Tours, the company that brings tourists to the island. He was killed in the eruption, according to Radio New Zealand.

On Tuesday, Marshall-Inman's brother Mark Inman paid tribute to him on Facebook, writing: "Friends and family, very sad news this evening. My bro Hayden Marshall-Inman has past [sic] away doing the one thing he loved. Thanks for all your messages. I'll be in touch when we know more."

An unnamed Malaysian citizen was among five unidentified people who lost their lives in the immediate aftermath of the incident, according to a Facebook post by the Malaysian High Commission in Wellington.

On Tuesday, New Zealand police walked back on remarks that they would be opening a criminal investigation into the eruption.

Speaking at a news conference, New Zealand Deputy Commissioner John Tims said a criminal investigation would be conducted into the circumstances surrounding the eruption in the coming days.

However, two hours later, a police statement clarified that the force is investigating the deaths and injuries "on behalf of the coroner," but said that it's too early to say whether there will be also be a criminal investigation.

The police retraction comes amid a nationwide discussion on culpability and whether visitors should have been allowed on the active volcano. Images captured by GeoNet, the country's geological hazard information site, appeared to show a group of tourists walking inside the crater just minutes before the eruption.

Prime Minister Ardern said that although the search and rescue operation was the immediate priority, "bigger questions" around the disaster would have to be answered in the coming weeks.

Some family members of the injured tourists have expressed frustration at what they said was limited information available and poor coordination on the ground. Janet Urey from Richmond, Virginia, spent hours trying to track down her son Matthew after learning he had been on the island during the eruption.

Matthew left her a voicemail on Monday saying he had been "badly burnt" -- but then came radio silence. Finally, midday Tuesday, A New Zealand social worker notified her that Matthew was in intensive care, but Urey said nobody had provided further information. When she called the hospital, they told her to call the Red Cross -- which still had Matthew listed as missing.

"It has been horrible to get any information," Urey told CNN on Tuesday. She had repeatedly called the American consulate and the cruise line Matthew had been traveling on, but "they still don't know where he's at ... The communication has been horrendous."

Police also said Tuesday there had been "no signs of life" from the island during several lengthy aerial reconnaissance flights, but that they've been unable to access the island due to dangerous conditions. The volcano still has a 50% chance of erupting again within 24 hours, according to GeoNet.

'We had no indication'

The eruption took place on Monday afternoon local time while tourists and tour guides were still touring the volcano, including many visitors from a Royal Caribbean cruise ship, the Ovation of the Seas.

Shocking footage from tourists on nearby boats, posted on social media, showed giant plumes of thick black smoke rising from the site.

Paul Quinn, chairman of White Island Tours, told CNN that trips to the island took place within the company's guidelines.

"On the morning (the volcanic activity) was level 2, we had no indication of this event occurring," Quinn said. "There was nothing that signaled there was going to be an eruption."

The danger level is measured on a one-to-five scale, with five being the highest.

When the volcano erupted, two of his tour boats were nearby, Quinn said. One boat had docked, and its passengers were on the island. The other boat had departed the island, but turned back to help people still there.

Speaking at a news conference on Tuesday morning local time, Prime Minister Ardern paid tribute to the people who tried to help visitors caught up in the eruption. "Those who undertook a risky effort in the immediate aftermath did so in an incredibly courageous way," she said.

New Zealand is located in one of the world's most tectonically-volatile regions. Vulcanologists said that while the eruption was relatively small compared to other past disasters, anyone close to the site would have been in serious danger.

Ardern said on Tuesday that ash remained a hazard in the vicinity of the island. A boat coming back from the area was covered in half a meter (1.6 feet) of ash.

White Island is New Zealand's most active cone volcano, built up by more than 150,000 years of volcanic activity, according to GeoNet.

A cone volcano is the most immediately recognizable mountain-shaped variety, as opposed to shield volcanoes or calderas, which are flatter in shape.

White Island is also dubbed as "one of the world's most accessible active volcanoes" on the White Island Tours website.

According to GeoNet, more than 10,000 people visit the island every year.