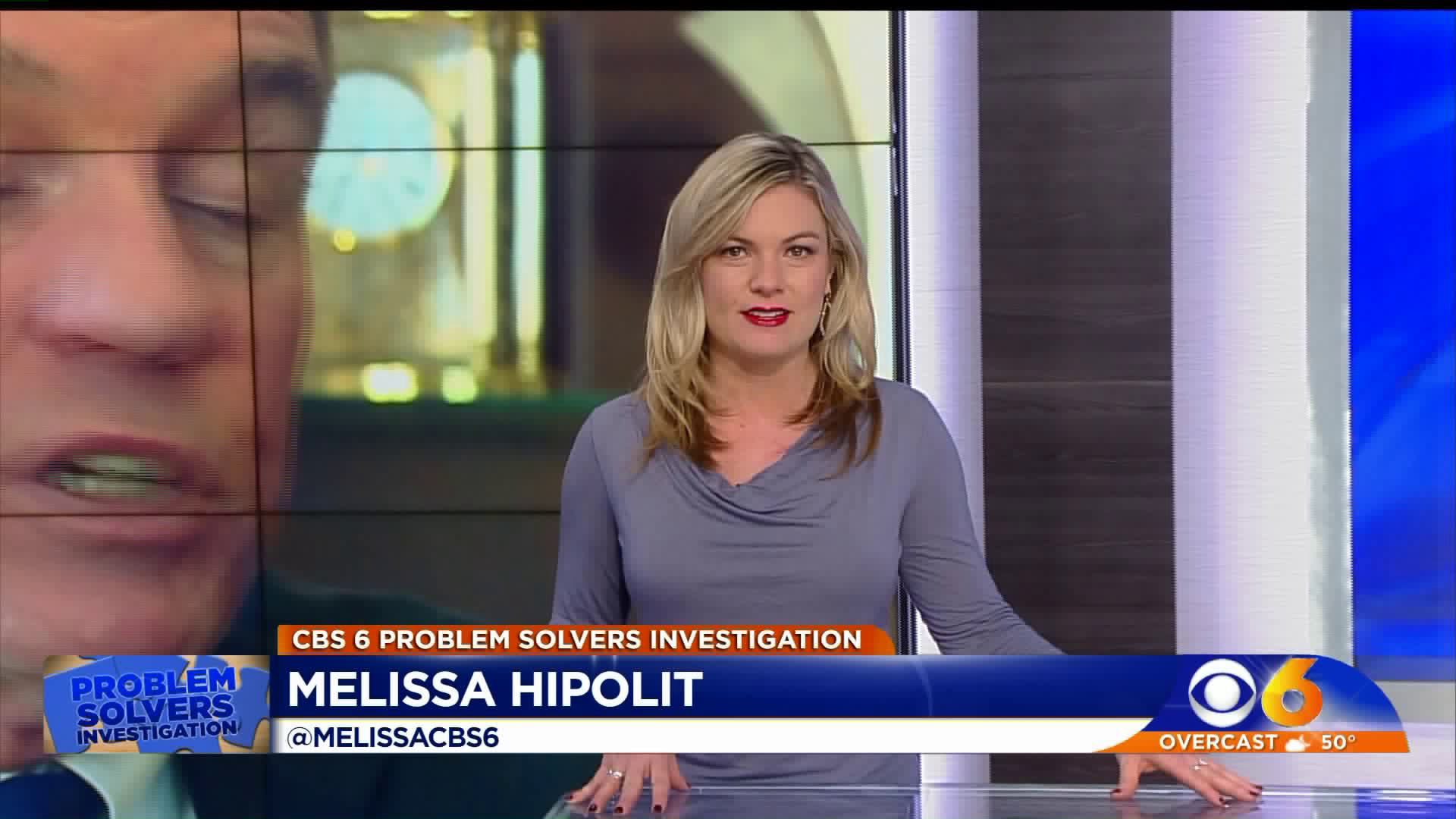 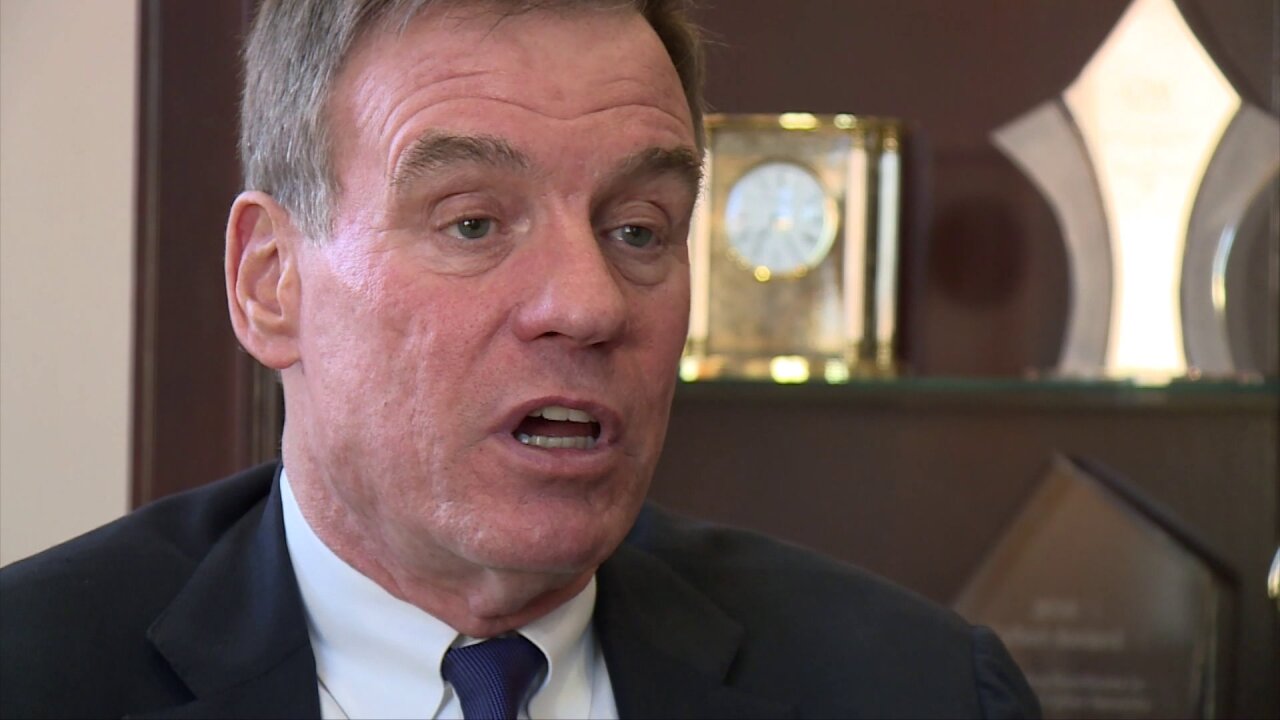 UPDATE: Congress will fail to deliver compromise legislation that will stop patients from getting "surprise" medical bills when they go to a hospital in network with their insurance, yet are treated by an out of network doctor.

Senator Mark Warner had told CBS 6's Melissa Hipolit he thought Congress would pass a solution by year's end, but now admits that won't happen by the end of 2019

“It’s outrageous that we’re not addressing surprise billing or passing legislation to lower prescription costs in any of these year-end funding packages. This continued uncertainty will only hurt Virginia families as they struggle to pay the astronomical costs of these bills and their life-saving medication. I haven’t given up on addressing surprise medical bills and drug pricing, and I’ll be working hard to push for a fix in the New Year.”

RICHMOND, Va. -- When Senator Mark Warner (D-Virginia) recently took his daughter to have an emergency procedure done at a Northern Virginia hospital in-network with their insurance, he said the family received a surprise bill from an out of network doctor.

His experience is similar to countless CBS 6 viewers in Central Virginia who reached out to us after they received a bill from an out of network doctor when they visited a hospital in-network with their insurance.

Senator Warner said, just like the women we've profiled over the past several weeks, the bill resulted from something called "balance billing": when a doctor that is not in your network provides care at a hospital that is in your network leaving you to cover the "out of network" amount your insurance did not pay for.

"We said 'hey we have health insurance, we use this hospital all the time, this should be covered,'" Warner explained.

The Senator said he has no intention of paying the bill, and others should not either.

"If you get these surprise bills, you should try to fight them," Warner advised.

Recognizing that Senator Warner has more resources and better access than most, CBS 6 problem solver Melissa Hipolit asked: "What can the average person do when it comes to trying to fight these bills?"

"I think you need to say to the insurance company, no, I pay for this insurance," Warner responded.

Warner said Congress recognizes that folks need to stop getting these surprise bills.

"The good news is there is general agreement, it's not breaking down on a partisan basis, that the customers, consumers if they receive one of these surprise bills, should not be liable," Warner said.

Warner said two bills are under consideration right now that would stop patients from getting balance bills.

The first would force doctors to accept an average set price for a particular procedure.

Insurers said this is necessary to prevent your insurance premiums from rising because some doctors charge far too much.

For example, let's say you went to the ER in the middle of the night because your child hit their head and ended up with a huge gash.

Under this bill, your insurer would pay the doctor that stitched up your child the average negotiated rate for that procedure and post-operation care in your area. But doctors said those rates are often fives times lower than the retail rate for a procedure.

They argue that the bill would be unfair to them and make them accept wholesale rates for specialized services.

So, they support what they call a compromise bill that would allow the doctors to challenge that average price through arbitration.

"What I would pick, not unlike many times, a compromise. There ought to be an average price, and if there are extraordinary circumstances, there ought to be a narrow exception for a certain amount of arbitration, but so far reasonable people have not been able to come to that conclusion," Warner said.

Further complicating the issue, some said, are provider staffing companies, like Team Health and Envision.

Senator Warner claims they are taking advantage of the problem by hiring doctors and staffing them at hospitals where they are out of network.

"They come in and frankly gouge patients," Warner said.

"Do you believe what these doctors are asking for is fair compensation, or do you think they're just trying to make a buck?" Hipolit asked.

"I think there are certain cases, where certain groups of doctors, oftentimes driven by Wall Street investors, are coming in and charging whatever the market can bear, and that's not fair," Warner said.

Hipolit spoke with several ER doctors who told her they have no choice to work for the staffing companies who have contracts with the hospitals.

They said that is where most of the jobs are for ER doctors.

Senator Warner said he is hopeful that the issue will be resolved by the end of the year.