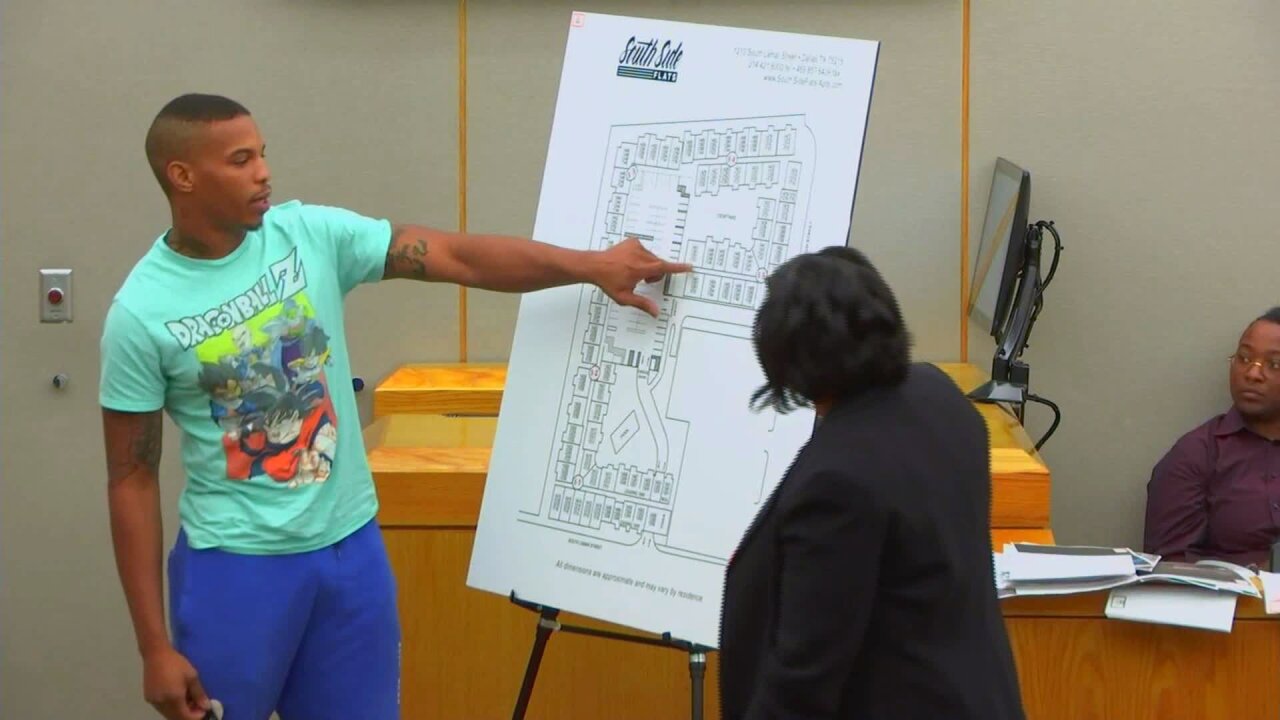 Three men were indicted by a grand jury on capital murder charges Thursday for allegedly killing Joshua Brown, a key witness in the murder trial of former Dallas police officer Amber Guyger, according to court documents.

Jacquerious Mitchell, Michael Mitchell and Thaddeous Green were indicted for the shooting death of Brown on October 4. The indictments say the three men attempted to rob him.

Previously, Dallas Assistant Chief of Police Avery Moore said Brown was killed after an argument escalated with Green in the parking lot of Brown’s apartment complex. Brown allegedly shot and wounded Jacquerious Mitchell, according to Moore. Green then shot Brown twice and took a backpack from Brown and the gun used to wound Mitchell.

Brown’s death came 10 days after he testified in the trial of Guyger, 31, who was convicted of murder for fatally shooting Botham Jean in his Dallas apartment in 2018. She argued that she mistakenly walked into the wrong apartment — she lived in the same building — and opened fire because she thought Jean was an intruder.

Guyger was sentenced to 10 years in prison.

Brown lived across the hall from Jean at Dallas’ South Side Flats apartments last year when Guyger killed Jean. In court, he testified that he returned home to his fourth-floor apartment at nearly the same time Guyger walked into Jean’s apartment, mistaking it for her own.

Brown said he was down the hall when he heard the voices of two people who sounded like they were meeting by “surprise.” Gunshots followed “right after,” Brown said.

Soon after, Brown said, he saw Guyger leave Jean’s apartment and enter the hallway. The officer was on the phone. She was “crying, explaining what happened, what she thought happened, saying she came in to the wrong apartment,” Brown testified.

Brown had been shot before

Brown had survived a shooting nearly a year before his death, his attorney Lee Merritt said.

He was shot near a strip club in Dallas in November 2018, Merritt said. Nicholas Shaquan Diggs was killed in the shooting, Merritt told CNN.

Both Brown and his family believed he was targeted in that shooting by someone he knew and had grown up with.

“And he was concerned that that person might try to come back and finish the job,” Merritt said, adding that the shooter in that case hasn’t been arrested.

Brown moved out of South Side Flats about three months after Jean was killed in September 2018, according to Merritt. He tried to keep a “low profile intentionally until some of the heat from the shooting in November passed over,” Merritt added.