Muse for ‘Rumors of War’ speaks in Richmond: ‘Now is all about change’

RICHMOND, Va. -- "Rumors of War," renowned artist Kehinde Wiley's response to the Confederate statues on Monument Avenue, will be officially unveiled outside the Virginia Museum of Fine Arts (VMFA) this week.

The 27 foot tall monument features a bronze sculpture showing a young African-American man in street clothes atop a horse.

Najee Wilson, who served as the muse for Wiley's work, spoke to a crowd gathered at the Black Iris Gallery Saturday.

Wilson, a South Carolina artist and designer who served as a source of inspiration for that figure, said he feels welcomed in Richmond.

“I think the time we are in right now is all about change, it's a transition to something new,” Wilson said. “We're shifting into a new space and it seems like this city is definitely ready for it.”

Wiley was inspired to create the work after he saw the monument to Confederate General J.E.B. Stuart while visiting Richmond in 2016 for the opening of his retrospective exhibition, Kehinde Wiley: A New Republic, at VMFA.

“Rumors of War” made its public debut in Times Square back in September.

Wilson plans to attend the unveiling of the VMFA permanent installation along Arthur Ashe Boulevard Tuesday. 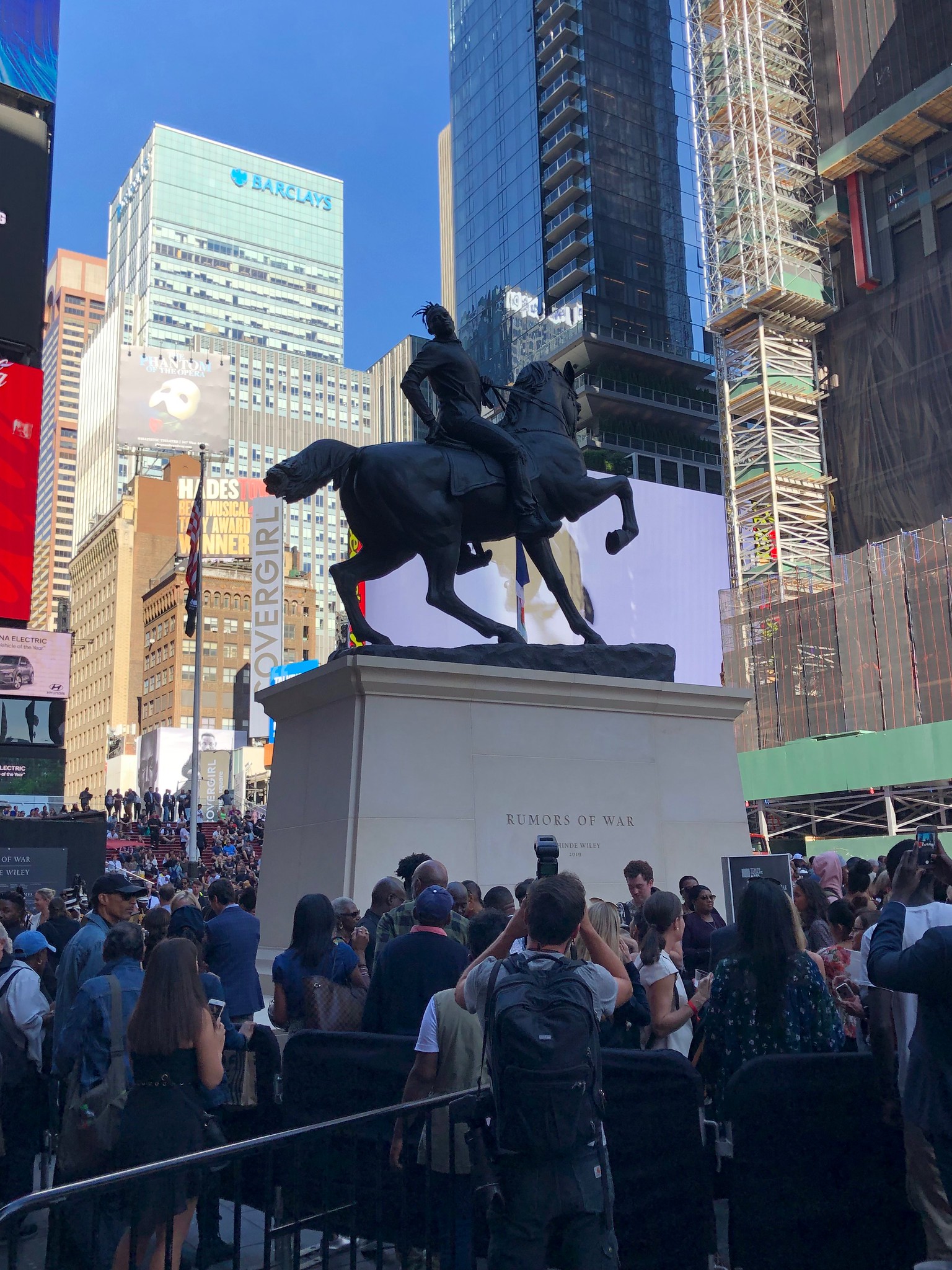 “In these toxic times art can help us transform and give us a sense of purpose. This story begins with my seeing the Confederate monuments. What does it feel like if you are black and walking beneath this? We come from a beautiful, fractured situation. Let’s take these fractured pieces and put them back together.” –Kehinde Wiley