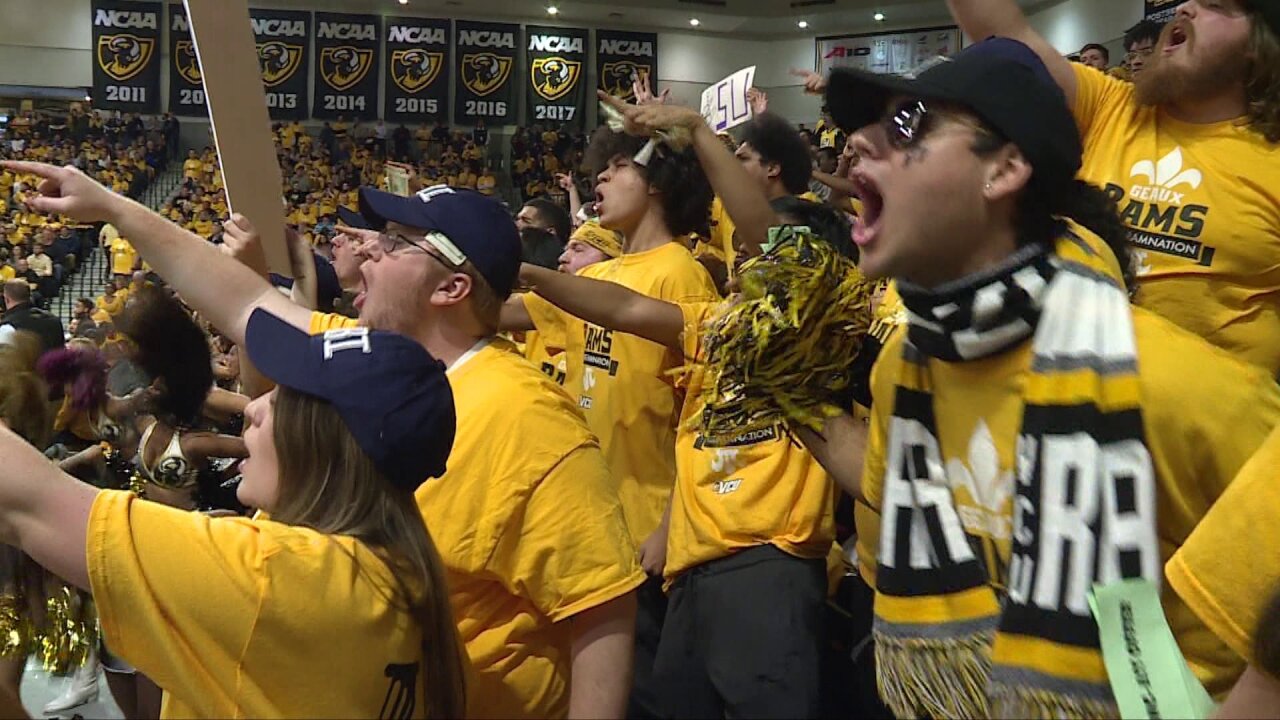 RICHMOND, Va. -- The VCU Rams have dunked, dribbled, swished, and HAVOC'd a lifetime's worth of memories into the now 20-year-old VCU Siegel Center.

When the $30 million West Broad Street arena opened ahead of the 1999-2000 season, it allowed the Rams to play on-campus for the first time in a generation. After two seasons The Rams played in the cavernous (and off-campus) Richmond Coliseum throughout the 1970s, 80s, and 90s.

The Siegel Center took eight years from conception to completion. That was one more year than expected. But most Rams would agree, it was worth the wait.

"It gave our team a sense of pride. It really helped with recruiting. It helped with having control of everything that went on in the building," then VCU Athletic Director Richard "Doc" Sander said. "It just meant so much to the whole university community."

In a preview of things to come, the Rams had a signature win in its very first home game, knocking off Louisville and legendary head coach Denny Crumm.

In his post-game comments, then Rams Mac McCarthy was referring to his players, but could have been talking about the building and its fans moving forward.

"This was critical. You need a win of this sort to make sure they believe in what you're doing and it couldn't have worked out any better," he said after the game.

The next moment came in 2001 against East Carolina when VCU star Bo Jones hit what will forever be known in VCU legend as "The Shot."

"From the other end of the court. Game tied. Home crowd. All net. No bank, no rim, just net," Jones recalled. "That's the greatest shot of my life. I'll keep this tape, show my kids, everybody. I'll always keep this tape."

Up until the 1999 season, the Rams played their games at the Richmond Coliseum, with a capacity of over 11,000. The Siegel Center seats only 7,700 for basketball. But fewer fans only strengthened what has become one of the biggest home-court advantages in the game.

"Our fans are on top of us and they're on top of the other team," VCU head coach Mike Rhoades said. "They can sweat with you and they can stand with you the whole time."

Former VCU head coach Shaka Smart, who won more games in the Siegel Center than any other coach, said he preferred coaching the home team there.

"I've only been there one time as an opponent," Smart, the current Texas Longhorns coach, said. "Got to coach there many, many times as the home coach and I'll tell you, one was a lot easier than the other."

"It was one of those mid-December games where there wasn't a whole lot of excitement. We weren't playing particularly well. The crowd was there, they wanted to see their team perform well," the current Dayton Flyers coach said. "We had maybe our second or third turnover in a row, all of a sudden, out of the stands, you hear a guy yell 'COME ON' and it shocked everybody. It shocked our guys into playing well. We extended the lead and wound up winning the game."

"When people are that excited year in and year out to come see you play, that means you`re doing things right," Mike Rhoades said. "You put a great product on the court. But you're making it a great environment for them to be a part of. It`s a special place."